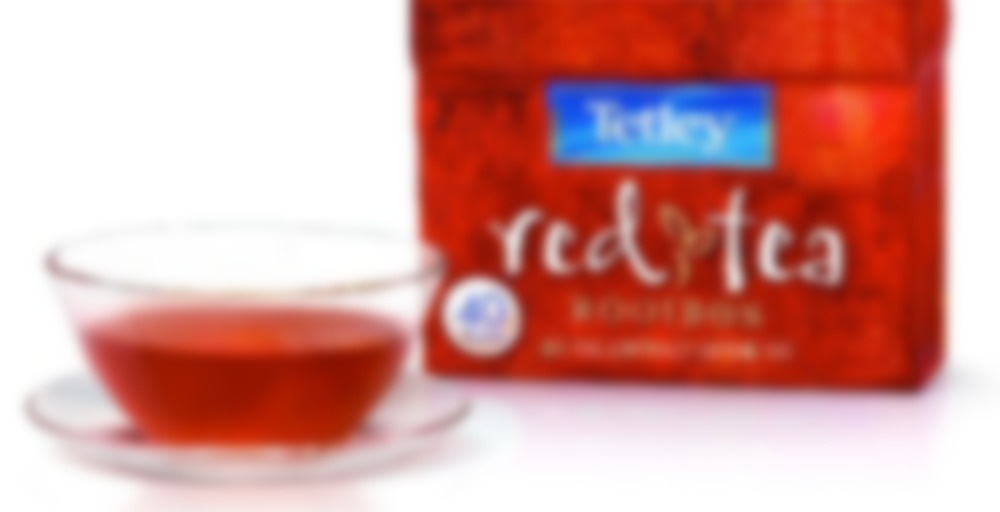 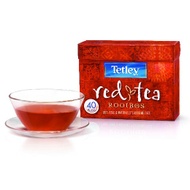 This blend is infused with warm vanilla and a hint of mellow pear.

I am trying to clear out some of my old teas. Which include a lot of bagged teas. This one is at minimum 10+ years old. I am pretty sure I bought this when North America jumped on the “Red Tea” wagon and tea companies like Tetley started coming out with bagged rooibos teas.

I never really got into rooibos tea. Some blends are ok. Most of the bagged ones are neither here nor there for me. This one still smells like strong medicinal rooibos and vanilla. As soon as the water hit the bag I got a strong sweet vanilla smell. I would say the sweetness was the pear, but I would not have called it pear if I hadn’t read the back of the canister.

The tea tastes like a not too bad creamy rooibos. There is a bit of a metallic after taste. I am actually tasting more pear than vanilla, but the vanilla is there in the background and is actually quite strong in the aftertaste.

Overall I would describe it as suitable for a bagged rooibos. There was only one tea bag left in the canister that was taking up space in my tea cupboard. Now I can buy more to fill up that space :P

I’m rating this one for my Mom she really likes it :D I’ll try it and then comment on my taste for it :D

Kind of embarrassed to be writing about this one? I hate Tetley. With a passion. But oh well; it’s what my Aunt served Christmas day (I think it’s what she served last year too?) and honestly it wasn’t awful. Very woody though, from the low quality rooibos.

I had a surprisingly nice time at my Aunt’s this year – better than last year for sure. We had a really nice home cooked meal: Butternut Squash with maple syrup, beets, a feta/strawberry salad (my contribution; it felt good to be able to add something this year), mashed potatoes, cranberry sauce, and a vegetarian meat loaf made using lentils and nuts among other things (which was delicious!). And then Pumpkin Pie for dessert, and other goodies to munch on throughout the night. And of course the meat eaters had turkey.

We watched A Christmas Story which was hilarious like usual. I haven’t seen it in a long time, and it was kind of nostalgic because we used to watch it every Christmas before my mom and Step Dad got divorced, and then we didn’t watch it anymore. There were even jokes I picked up on this year that I’d always missed before. Hooray life experience/getting older!?

And then my Aunt and I had an oddly pleasant conversation about Christianity (we have very different religious views; part of why last year sucked). Shockingly we saw eye to eye on a lot of stuff (stuff many Christians actively ignore/deny) like the fact that if he was real Jesus would NOT have been white/Caucasian, and his birthday isn’t actually/literally December 25th: we just choose to celebrate it on that day because Christians were trying to erase pagan Yule celebrations. That outlook was surprisingly more “open minded” than I expected of her, and was actually brought up more by her than me.

And finally we ended the night with a few games of scrabble. I actually won my very first scrabble game ever, by a lot, and then brutally lost the second one we did. But it was fun! My mom always kicks my ass, apologetically, at Scrabble.

Sounds like a good day! Your salad sounds very yummy!

I’m glad you had a good Christmas! I also rewatched A Christmas Story for the first time since I was a kid, and I picked up on all kinds of things I never had before, which made it all the more fun.

Not quite as good as the other Rooibos offerings from Tetley, it is still very tasty. Vanilla comes out quite strong, but too sweet for my tastes.

On reflection, maybe I shouldn’t have added milk and sugar, but that’s automatic for me.

Steeped a teabag on this in 250 mL ginger ale. It was amazing and I highly recommend it with ice. Ginger + rooibos + pear + vanilla = delicious!

This is one of my staple teas. I know it’s not considered really ‘high end’, but it’s perfect. I normally hate anything ‘vanilla’ flavoured or scented – so I was surprised!

Well. I remember when rooibos was an exciting new thing in Canada, and I drank the living daylights out of President’s Choice vanilla rooibos and I think I sort of burnt myself out of it, really. So every once in a while now, I’ll decide to give it another go, and remember the things I’m not really fond of about it.

I’m not even actually sure why I bought an entire box of this tea. I think I might have been sick and taking a LOT of Actifed at the time and wanted something that wouldn’t make me feel like I was swallowing corrosive household cleaning products that I could fall asleep to, but why didn’t I just get a thing of chamomile? I might have been at the Tesco Express that’s open until 11 on Sunday but has a pitifully small selection of tea, and I knew this would be tolerable.

But my point is, I was going to drink a cup of fennel tea the other night, which is definitely not my favourite thing to drink straight, and I decided to see how the flavour would improve if I chucked in a bag of this as well, and drank it with a little squizzle of honey.

And it actually somehow seemed to cancel out the things I don’t like about these teas and turn the whole thing into something a bit sweet and oddly fruity and actually pretty good. Wowzers.

A favourite for when I need some ‘plain’ tea to start off my day.

Steeped: smells like vanilla, tastes like, you guessed it, vanilla! Not sweet, just vanilla and rooibos, and intended

2nd steep: steep a little longer and it tastes the same.