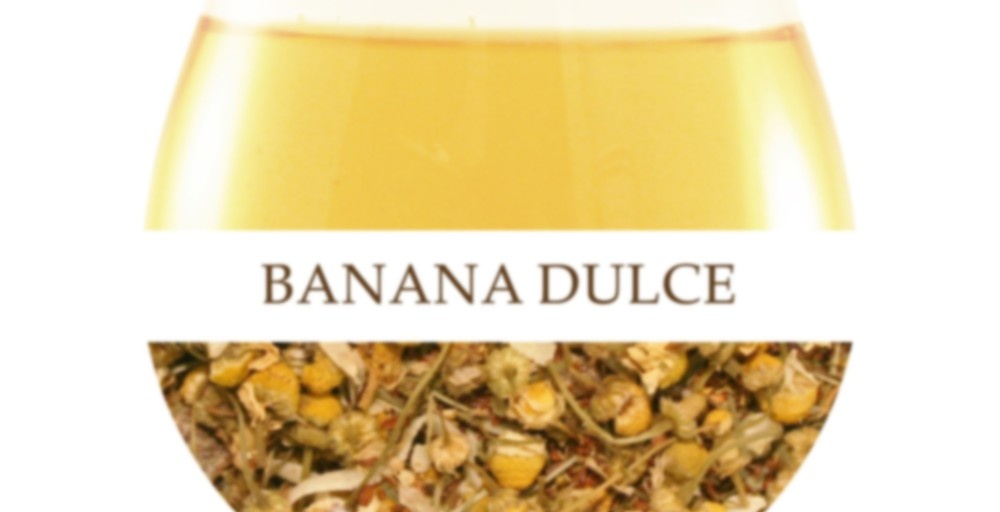 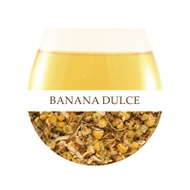 by The Persimmon Tree Tea Company
87
You

A scrumptious herbal blend with notes of ripe banana, sweet coconut, graham cracker and a hint of caramel, our Banana Dulce tea is a smooth and organic treat to clear your senses.

Despite me doing “oolong week” at Oolong owl, I can’t drink oolongs at night – so how about banana dulce (aka Banana Coconut)?

I selected this one for the chamomile, hoping to kill off my headache. I’m kicking back, sipping tea and playing on my new Nintendo 3DS – yeah Fire Emblem! I steeped this for 7 minutes, with a vanilla bean pod for extra creamy. Very nice, slightly sweet, banana flavor!

OMG – I was eating Trader Joe’s “Go Bananas” which are frozen, chocolate covered banana slices – I need that in tea form! I was trying to find chocolate to add to this tea, but alas, I used it all recently.

this is the first nintendo DS comment i’ve ever seen on steepster!
i only ever had the regular DS but for me, Golden Sun was my first game, that every game after couldn’t surpass. the story was just so good!

i don’t really like banana flavored things, just real bananas, and i am TOTALLY buying some “Go Bananas” on friday.

@Shmiracles Oh god yes Golden Sun. Dark Dawn is hardcore on my list of games to play because the originals were sososososososo good. But lately I’m afraid I may never peel myself too far away from my 360.

Oooh yea, I love Golden Sun, and the sequel afterward was pretty good too, as my fav character was Felix!

yaaaay I’m back kind of!
haha I still feel like I’m under a rock. Anyways! My blog has been dormant far too long, since this tea was an amazing replacement for DavidsTea’s Dulce & Banana (sorry DT, I sipped them side by side and I prefer this one), I thought I would do a fancy photoshoot :3

Seriously my favourite iced tea ever. I don’t know what it is about this blend, I think it’s the lack of artificial flavouring? Whatever it is, it’s worth a try at least as a warm before-bed tea. AAAAND I have a coupon code for everyone: 15% off! Exciting :D I think anyways ;)

I should note as a disclaimer, not every tea is a 100% from Persimmon just because I got some samples from them. This tea though, I chose to be my first to review – because to me, it is 100. More reviews coming soon! Just had to get the rave out of the way haha!

Picked a sample of this one up as I was curious as to how it compares to DavidsTea’s Dulce & Banana. The aroma of the dry tea is quite similar, caramelly-sweet and chamomiley, but I’m definitely getting a bit more chamomile than I’m used to, and it’s a bit offputting. Steeped, however, it smells very similar. The flavour, too, is quite similar; not really much discernible banana, some caramelly sweetness, all rounded out by chamomile.

I’ll have to do a direct comparison to DT’s version at some point, but I think I like it a bit better.

ETA: A re-steep worked out ok here, definitely got heavier on the chamomile though. I opted to stick with just the two infusions as the smell of the chamomile was getting to me.

I have never tried a banana tea so I thought I’d give this one a shot! There is a very strong chamomile flavor at first (maybe too much?). This is the more dominant flavor. But the aftertaste is where you find the banana and caramel flavors. It’s light but it’s also very delicious. You can’t really catch the rooibos, which is a bit of a disappointment.. This would be a wonderful “wind down after a busy day”/bedtime tea.

This truly is an amazing blend. I believe this tea is now called Banana Coconut. Instead of doing a typical tea review expressing my obsession with this blend I decided to get my thinking hat on and use this blend to create a Banana Bread recipe infused with tea.

Here is the recipe you can check out & try yourself: http://theteacupoflife.blogspot.ca/2013/03/banana-bread-infused-with-banana-dulce.html

Please let me know if you try it & how it turned out for you. Also, if you made any adjustments be sure to fill me in!! :)