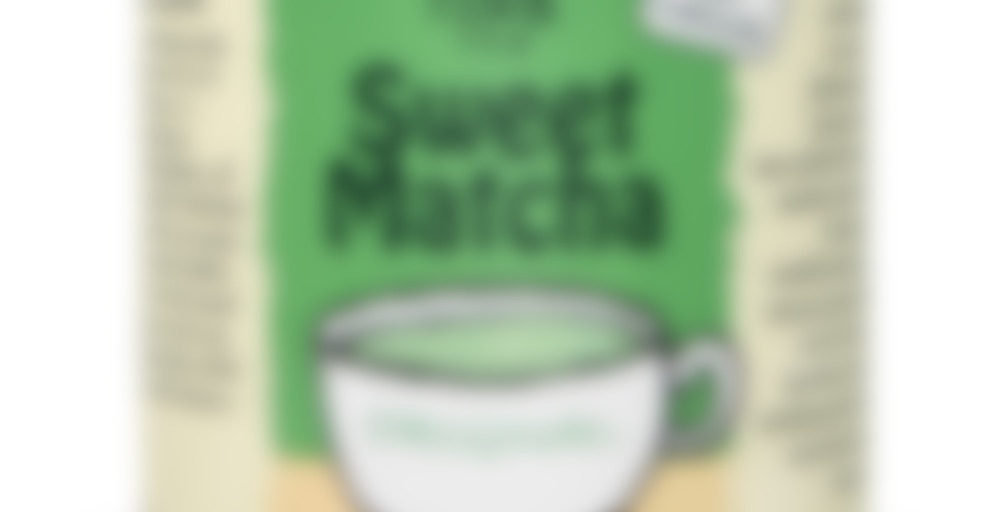 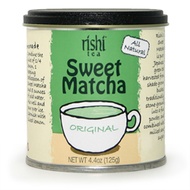 I’ve been reading all the Fabulous matcha reviews and a few recipes the last few days. I remembered the lonely bag in my cupboard and decided to give the green magic another try. My first experience was dull and pretty tasteless. This time, I was going to really create a Matcha Masterpiece!

Ingredients: 2TB Matcha, 1/2 cup frozen chopped strawberries that I cut up the night before, a few ice cubes, 1tsp splenda (no comment) and 2 cups (no comment here either) low fat buttermilk.
Blend on the ice setting to milkshake/smoothie consistency!

This is a super tangy, sweet, green and berry smoothie that’s really good. Blueberries work just as well with buttermilk (I don’t like buttermilk unless it’s like this or in ranch dressing!).

I found my way to enjoy what had been icky before. Good tasting blended with something else! Because of this, I upped the rating!

That sounds delicious! Speaking of blueberries, I just got some from the farmers market today…now I need to try this!

I am putting today’s tea drinking under this tea, but there will be three teas mentioned here. The other two do not have a designation of their own.

My bestie, Melissa1, came over today for lunch since she is on spring break. We did a side by side test of three instant matcha latte mixes; this one, my home made blend of Olive Nation matcha and sugar, and Red Leaf Tea’s sample of Caramel Matchacinno No. 4, which is a test sample and not the final product that will be sold.

I made three glasses of milk and put a scoop of mix on top. As the matcha begin to bleed its color out into the milk, the differences were immediate and obvious. Rishi’s matcha was a bright spring grass green. Olive Nation was more of an olive green color, as was Red Leaf, though the flavoring does slightly change the color of theirs. Note: the mixes call for eight ounces of milk per tablespoon of mix. I have found that it is plenty sweet and flavorful enough to put one tablespoon mix to fourteen to sixteen ounces for me.

I used an Aerolatte to blend the mix and froth the top.

The Rishi had the strongest matcha flavor and tasted the sweetest of the unflavored. Olive Nation home made mix was good, but their matcha is more earthy and muted. I do like it, though.

The Caramel Matchaccino was still too strong for us at 12 ounces milk so I went with fourteen. This is a good thing, as it means I can make my mondo glass of latte and not go broke putting two tablespoons in it! Also, the flavoring level was either delicate or more likely, distinctive. I thought that was plenty strong enough and I would not order it in robust personally. I think I will put my money in upgrading the base now and go with lighter flavor, because the flavoring is generous enough as it is and the base makes the most difference to me now that I have developed a taste for matcha. The caramel is creamy and sweet.

As we poured up the last of it, she laughed and gasped, “How did we drink so much already?” I thought that was pretty funny since it is something you would expect to hear over a bottle a wine, not a table full of matcha! :)

I’d like to start drinking more matcha in the morning, but when I wake, I’m usually craving coffee. I had a nice cup of this today with some almond milk. It made a very sweet and comforting drink. I’d still like to try other matchas out there and I think I like the sweetened ones a bit more than the plain. I also wish that this would be a nice powder to have with water, but I get the feeling that it might only be good with milk. Still on the hunt for a sweetened matcha that is creamy and yummy with water!

I have a sweet tooth for sure. I added this to my strawberry shake that consisted of water, frozen strawberries, and flaxseed. Yummy mixture!! :)

ya had me until you added the flaxseed lol.

Grassy and sweet I would prefer to try this particular matcha without built-in sugar.

All week long I was have an urged for matcha since I did not have any last year. It certainly a treat parting from a Trader Jones and having one served hot just soothes after a hard day. Its really tasty kinda like sugarcane minus the intense sweetness but grassy and vegetal. Its another fine product of Rishi and the tea producers!

This is a lot better as a latte than it is plain =P In fact, it’s hard to drink plain at all.

I’ve been wanting to experiment with matcha powder, but damn, it’s expensive! I found this at Whole Foods for a modest price (compared to other choices), fully aware that it was cheaper because it is blended with quite a bit of sugar. My hope was that it would be a nice instant tea to take along with me in a water bottle. I thought, “What the hey, it’ll be just like the matcha we have at work. If nothing else, I’ll make tea lattes and baked goods.” And I was right. I tried it in water, hot and cold, and was severely disappointed because it was way too sweet for me.

However, steaming it in milk on my espresso machine recreates how I fell in love with matcha in the first place, yum! I’ve also had quite a bit of fun making matcha short bread and even some gnocchi with matcha powder. Although my experience with matcha is very narrow, this one is too light, sugary, and not matcha-y enough. Next time I will splurge on pure powdered leaves.

I bought a bag of this from the Spice & Tea Exchange in Georgetown. Thankfully, it was Rishi brand. The teas that were the house brand I bought were lackluster, disappointing, and not worth the money. Because this was Rishi, I expected better, and did get better.

This is exactly what the name says it is: sweet matcha. In hindsight, preparing this using sweetened almond milk was probably overkill… my drink was too sweet, in fact. But still delicious. I normally buy the sweetened almond milk but may switch to the unsweetened if I’m going to be adding it to tea (which I am).

I could probably blend your own sweetened matcha easily, and might try myself in the future. I did get some ridiculously cheap matcha (probably low grade given the price) from the Asian market so I can play around a bit without feeling like I’m tossing money down the drain. I’ll see if I can approximate this matcha – it’s that good. And not too badly priced, either. Spice & Tea charged $13 for a 125g pouch.

This was the first matcha I ever had. I just finished my package of it today. I think this is a good stepping stone to Matcha. It is sweet and weak. The powder is a very light color. I made four cups the first night.

Absolutely not my thing at all, but just thought I’d like you know it’s back in stock. Did you prepare it like regular matcha or in latte form?

i did both…. i like the regular matcha better.