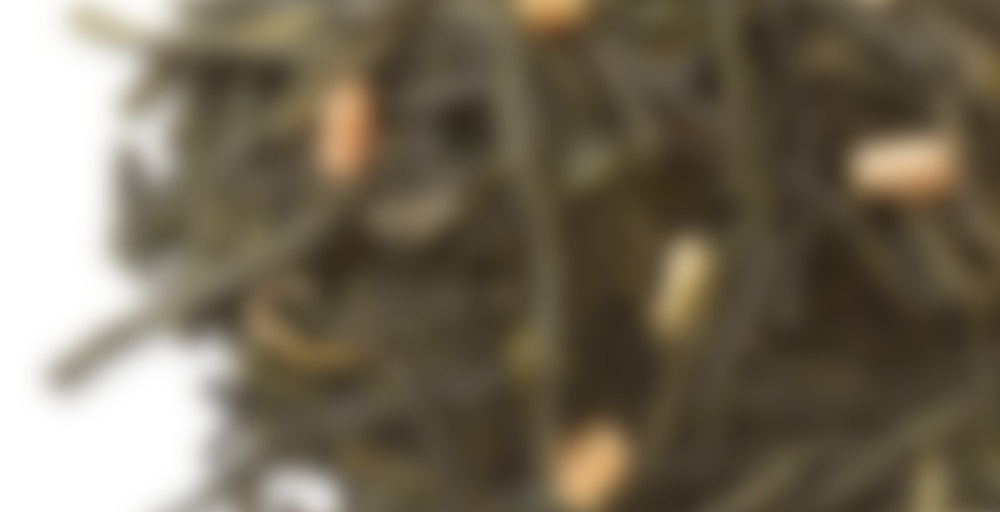 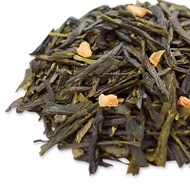 I used up the last of this yesterday!! Just squeaked in heating up the water before we lost power for 5 hours. Very grateful that it’s back on now, and that the tree that fell during the storm didn’t do any more than damaging a neighbor’s car and taking out some power lines.

oh wow….glad the power is back!

Last of the Lupicia samples that were gifted to me from Cameron B. :D I wanted to try all the Lupicia ones since it will be difficult to buy them soon. :( I am so thankful that I got to try them. This is another one that is hard to get.

Lots of reviews on this so here is my 2cents. ^^ The yellow-greenish liquor has the flavors of a good sencha base, umami, seaweed, oceanic, with a touch of pomelo with little or no astringency. Clean mouthfeel. The great sencha base with the pomelo notes makes this a winner.

Sipdown! Although I still have a second tin of this… XD

Anyway, this is ancient at this point. The “best by” date on the tin is in 2017, if that tells you anything…

As I would expect, it’s no longer yuzu-flavored. The base tea is still pleasant, with a smooth and sweet vegetal/grassy flavor. And maybe even a hint of sakura?

However, it’s not worth keeping the rest of this as I have so many packets of delicious sencha at this point, and there’s no way I can drink it all.

I’ve been craving yuzu for days and talking about it non-stop!

I don’t think I’d recognize a yuzu if it bonked me on the head. Experts, what does it taste like?

Yuzu is like a small somewhat wrinkly lemon. It’s got the best citrus-y flavour though. Unique in it’s own right, like every citrus! :)

To me it tastes like an intense, peppery lemon.

Ooh! That made my eyes water just thinking about it!(In a good way.)

First time trying this out of a sealed packet.

First, let me say, I’m not familiar with yuzu. I don’t think I’ve ever encountered it before. The interwebs describe it as a sour citrus fruit that is a cross between a grapefruit and a lime. And boy, is that exactly what I smell in the packet — very strongly, indeed.

After steeping all of that basically evaporates and I smell something that is disturbingly like the smell of clothing when it’s been left in the washer and gone sour. The tea is medium golden-yellow with that sencha haze that keeps it from being able to be described as clear.

Fortunately, the tea doesn’t taste like it smells. It does have a sour citrus tang that tastes like the lime/grapefruit combo description. The sour tends a little toward bitter, in the citrus zest embodiment of the term.

It’s the sort of thing I’ll have to try again, sit with, and mull over before I come to a conclusion about it. For now I’m putting it in the solid very good range because I don’t have a frame of reference for yuzu and I can’t determine whether my reaction is driven more by the unfamiliarity and newness of the flavor or the flavor itself.

I don’t know if something like this would be stocked where you live in the bay, but there’s a yuzu soda at my corner store in the city. Worth a try if you want a baseline. http://www.kiminodrinks.com/en/home

Thanks! That could be very interesting.

A refreshingly light green tea with a splash of citrus. The citrus flavors lean more towards a brighter lemon rather than a mellow orange.

So, what does The Cookie Lady giver herself as a birthday present, you ask? Well, a 10-mile beach run and a shopping trip at a local Japanese marketplace (that is also home to a Lupicia store), of course! It was the Mitsuwa Marketplace in Costa Mesa, to be exact. This is the first time I’ve been to a Lupicia store and was happy to find a very sweet, helpful employee working there, since I’ve heard that the Los Angeles location doesn’t have the friendliest staff.

So, the tea! I sampled this tea iced and was surprised to find that it tasted exactly the way I would imagine an unsweet/unsour version of lemonade to taste like. It was as though you were getting the complete taste of a lemon (including the peel/zest flavor) without any of the bitterness I would have expected. It was light and quite refreshing. My boyfriend tried it and said that the taste reminded him of when his mother used to add leaves from their lemon tree to boiling water and serve it on cold nights. He quite liked it, which is really saying something for him!

I didn’t pick this one up today because I got so overwhelmed that I decided to only get 2 teas now that I know how close they are to me and that they will literally (and happily) let you try a.n.y.t.h.i.n.g in the store. Very exciting!

For the record, I had so much fun choosing candies and snacks from the actual market part of the marketplace, most of which I could not actually read the packages for….the one English word listed on the backs of most of these candies just says “candy” or “soft candy” and the bag of very-not-normal Cheetos that had a picture of delicious-looking roasted corn on the front just said “corn snack” on the back.

Happy birthday! Tea shopping sounds like a perfect way to spend a b-day.

Thank you :) Even better when it was such a good in-store experience!

I like going to Japantown in San Francisco for the shopping!

Thank you! I’m hoping to be able to take a vacation up to San Francisco some time next year, and you know tea shops will be on the list of stops :)

I tried this at the store today. It was so good iced. There was a nice citrus scent, similar to lemon. The flavour was bright and citrus. Now I want to try more Yuzu things.

Yum! Did you get to try Kumquat?

It was not a sample there, I asked.