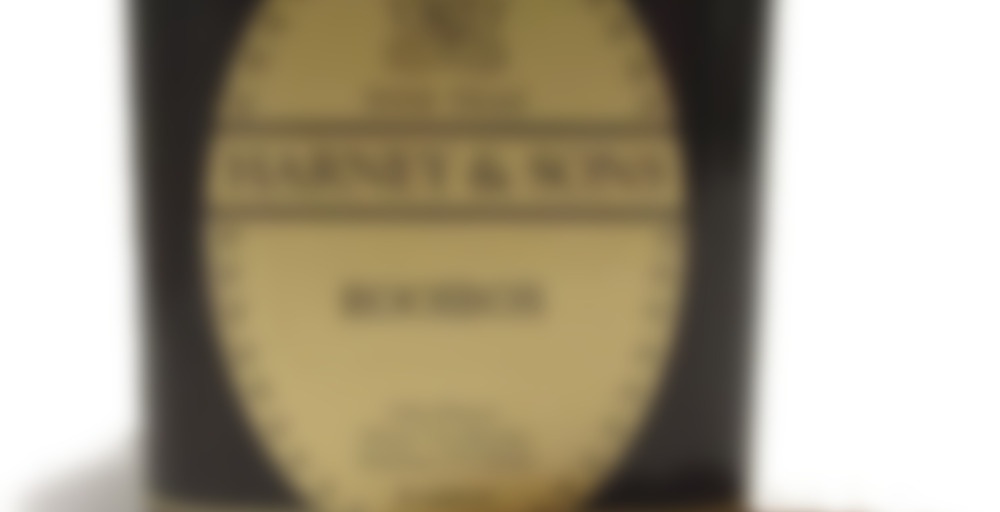 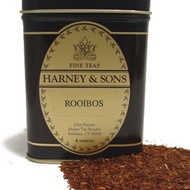 This has become a popular herbal beverage. It looks like tea, and it has healthy properties, but it has no caffeine. Rooibos, which translates into Red Bush, is from South Africa.

We use it in our herbal Hot Cinnamon, Rooibos Chai and African Autumn.

I’ve just had my second cup of this. I had the first cup a few days ago and I’m…flummoxed. The two cups were very, very different. I can’t imagine what was wrong with my olfactory sense and tastebuds then (or is, now?) to make my perception so wacky.

Last time, I didn’t write a tasting note because my cuppa was kind of icky. I could have sworn that I smelled something a bit fishy—maybe not fishy, really, but kind of…fish watery? I dunno, it was all very odd, hence no tasting note. This time, all that was gone. I just smelled paper (this is the bagged version that I have) and plain rooibos.

I don’t know what makes one plain rooibos better than another. I’d think that they’d basically be the same. I wouldn’t say that about actual tea, but red rooibos, ya. Buuuuut I guess I’m wrong, because although this has all the “proper” elements of a plain rooibos—its warmth, its woodsy aroma and flavour, etc.—it’s just okay, not great. I love (red) rooibos, so I’m pretty forgiving, and I’m no expert, but I’ve tasted better. How and why better, I’m not entirely certain, just…better.

Weird: there’s a bit of astringency, but not in the usual sense. Instead of hitting the back of my mouth, it hit my throat, like actually in my throat. It lasted just a moment, and disappeared as the tea cooled. Such a strange sensation.

Steep time: I just left the bag in the cup. I don’t worry about rooibos getting bitter and knew that I’d sip-gulp the cup down in a few minutes, anyway.

Congratulations on your 100th tasting note! Keep them coming.

I don’t know that there’s really any difference between one plain rooibos and another… but I suppose it would be like any herb and depend upon how it’s handled during harvest and afterward. Also… I have noticed a significant difference in flavor between the conventionally grown rooibos and organically grown rooibos. I didn’t think there’d be a big difference, but back when I was still selling teas, I did a side by side comparison so that I could choose the best product. The organic is vastly superior.

Thanks for that, LiberTEAS! I think I have another organic rooibos in my stash, possibly Numi or something, that I like better than this one. I’ll have to find it and try a side-by-side comparison.

Once upon a time, I thought it would be a good idea to try some plain rooibos samples from well-respected tea companies on the assumption that said well-respected tea companies would also, more likely than not, have finer quality exemplars of plain rooibos than I might find in my local grocery store. This was back when I was scratching my head over what rooibos truly tasted like since I’d only had it in flavored tisanes and felt it necessary for my own education to understand what rooibos tasted like on its own.

Since then several things have happened. One, my tastes have evolved. Two, I have learned what plain rooibos tastes like. Three, I have concluded that rooibos is not my favorite thing, though it has its place and I can enjoy it if it is in a blend and playing the role of the backdrop, quietly. And all of this managed to happen before I got around to trying my non-grocery store samples.

But I feel for completeness’ sake that I must follow through on my original experiment, even though I already know going into this that I’m not going to be buying a boatload of this after I dispense with my sample.

In the sample packet, the smell is actually pretty unbelievable. In a good way. It’s a richer smell than I normally associate with rooibos, and a sweeter one. It’s pretty close to spiced apple. The “needles” look like your basic red rooibos, though they’re not as fine and splintery as some I’ve seen. They’re more of a medium grain.

It brews very red, not surprisingly. The aroma is appley, with a bit of wood mixed in.

The taste is pretty much like it smells, which is what I expected. A better tasting version of bagged rooibos. It has a soft feel and a hint of vanilla.

It’s not something I’m going to be drinking straight, but it makes me appropriately curious about what H&S rooibos blends are like. I may end up trying some in my search for the quiet non-rooibos rooibos.

This is as basic as a tea gets. Rooibos is technically a tisane or more commonly a herbal tea. It comes from a plant called Aspalathus linearis and simply referred to as red bush. The plant starts out as green and the “red” color emerges as a result of the oxidation that occurs during the processing of the leaves.

Rooibos has no caffeine as well as other chemicals that occur in tea (sourced from Camillia sinensis); these differences result in rooibos being very forgiving in the brewing process. You could easily oversteep leaves from Camillia sinenses and the resulting liquor is bitter, harsh and undrinkable, but oversteeping leaves from Aspalathus linearis does fall into that problem.

As a experiment, this rooibos was steeped for 8 minutes, with water that was boiling at the start. The tea that resulted tasted fine, it was strong on the typical smoky flavor but there was no bitterness.

Under a standard brewing of 2 minutes 30 seconds, it resulted in a refreshing tea that had a hint of smokiness to it and generally a smooth finish. There is a very, very slight nutty flavor to it that complements the mild plant-like taste- however, these two flavors are very mild, which is good for something like this that makes an excellent everyday drinker.

I love rooibos. I hadn’t tried it until Celestial Seasonings sent me some for review. It’s naturally sweet, so it kills my sweet cravings in the evening with no caffeine and no sugar. I have tended to switch to herbal teas in the evening. As we age, some of us become more caffeine sensitive.
I enjoyed your review. It was quite effective in terms of allowing me to truly understand what you are describing.