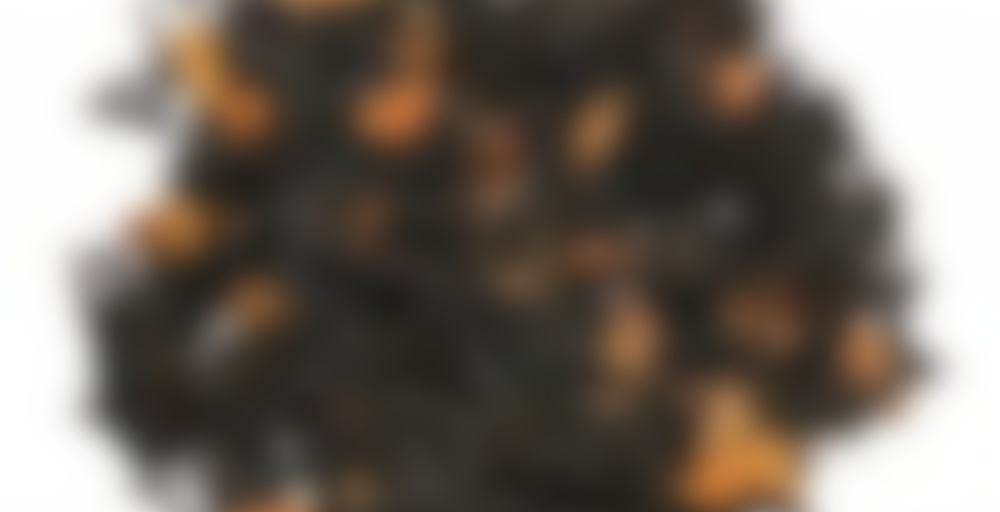 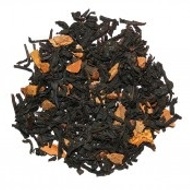 by Della Terra Teas
81
You

Delicious, gooey, warm cinnamon buns! What a most amazing dessert. We have captured everything that is delicious about a cinnamon bun in this delightful black tea!

Hot in a timolino; no added things (though I was tempted to add milk).

This is/was the last of my work teas to be drunk, and I had it on the walk home. It was really good; sticky cinnamon sugar icing/glaze. The last little bit was especially sweet and thick and creamy. There were moments when I more so got cinnamon bun and vanilla icing and moments where I got cream cheese and spice cake.

My walk home from work was kind of interesting though. Abdul, one of the cashiers who was let go, stayed late after work today (he was off at nine, and I was off at ten) and walked home with me. He only lives two blocks from me, so it’s not like it was out of his way, but it was a kind of nice thing to do, I guess?

It’s a little sad his last shift is tomorrow. He’s a sweet kid…

God! How old does that make me sound? He’s only two years younger than me (and I’m not that old to begin with) but there’s such a maturity gap. I sound ancient when I refer to people as “kids” when they’re teenagers.

Being called ma’am always makes me feel older, and I’m still in my early twenties O.o

Age is a state of mind.

DianaK was going to give me a sample of this tea, but I just couldn’t wait, so I included it in the try me sampler I got recently. ;) When I was a kid, we used to make monkey bread as a family, rolling the balls of dough in cinnamon and sugar. Delicious! This tea smells exactly like it. I can even smell the butter! The taste, however, is too cinnamon-y and not enough buttery baked goodness. Close, but not perfect. Oh well, I will still enjoy the aroma while drinking the rest of the sample!

Thank you Roswell Strange for sending me some more of this tea. It is a tasty cinnamon cuppa. I think Monkey Bread is actually a more fitting name because it has a sweet cinnamon bread flavor but lacks the icing that you might expect on a cinnamon bun. Still very, very good.

Definitely smells like a cinnamon bun. This would get a much higher rating from me, as would all of Della Terra’s offerings, if there were less ‘stuff’ in it. The added sweeteners and/or chocolate chips in many of their blends are just a huge deterrent. Having said that, this is a really close approximation of a cinnamon bun, although I get less cake and more creamy cinnamon and icing.

Um… what?!
So I finally made a huge Della Terra order to see what the fuss is about and the fuss is 100% correct! I don’t know what DTT does differently, but wow does it make a perfect cup of flavoured tea! I’ve been making tons of lattes and adding cream and sugar and I feel like I’m spending $5 per cup at a fancy coffee/tea place!!!

I would love to say Cinnamon Bun is the best so far but honestly, they’re almost all good. I have learned to overleaf with helps in the flavour department (especially when I know I’ll be using real cream), but WOW is it ever delicious. When I smelled the steeping tea I had to stop and say “wow”. Then I took my first sip – I taste flaky, buttery dough, melty cinnamon sugar and some sort of sticky icing. This is the feeling I used to get when I first discovered DavidsTea! Although DavidsTea is easier for me to get tea from, Della Terra really did bring it up to another level. It’s simple, there’s not a lot of extra “bits” floating around DTT’s teas (unless they’re needed!) and delicious.

Really really glad I took the chance on you, Della Terra!!! Thanks for your delicious product.

Happy New Year everyone! Hope your new years teas are just as delicious.

welcome back lady! :) hope your new year is awesome

Right back to ya!

Ho-oly CRAP. How is this tea so incredible? It LITERALLY tastes like biting into an fresh cinnamon bun. It is absolutely uncanny. I’m even getting the sweet icing glaze taste on my lips afterward. I am in so much taste bliss right now I can’t stand it. Della Terra, you are magic. There’s no other explanation.

I am going to cry when I run out of this sample.

When Della terra announced this tea on Facebook I knew I had to have it immediately. Their pineapple upside down cake is one of my favorite flavored teas so anything else cake-y I had to try. Unfortunately this one just seems like a milder version of cinnamon crackle. I don’t taste any bready/cake-i-ness to it. I even let it cool awhile to see if it would show up. Overall, it’s ok, but I don’t like cinnamon crackle and this has that same candy cinnamon flavor. Kind of disappointed. Glad I got the sampler size. Luckily, there are a few others in the sample pack that smell awesome. Maybe one of those will be the winner.

Oh man, I used to love monkey bread as a kid! Too bad the tea didn’t do it justice.

Bummer! I was thinking about picking that one up, since monkey bread is awesome! What were your steeping parameters?

Holy cinnamon! Definitely that’s what I get from this tea (sample graciously provided by MissB). Lots and lots of cinnamon.

As it cools, it gets sweeter. Must be the “bits”! A bit of creamy icing comes out, and perhaps a bit of breadiness, but it remains kind of thin and lackluster in flavor. I mean, it’s drinkable, it’s decently tasty, but it just doesn’t do it for me. I can think of so many nice bready black teas that would be awesome with this (or maybe a bready, moderately roasted oolong!) instead of this tasteless black base. As before, my experience with Della Terra is all flavoring, no tea. Well, this is why I wanted (small!) samples of a bunch of them, to try a wider range of them without committing to their (rather too large for me) samplers.

Sweet, creamy, gooey, cinnamon-y deliciousness in a cup. I have been drinking this all day, and was reluctant to drink anything else. This tea is gonna go fast, despite the fact that I bought a 100 g’s of this.

I agree…had I known I would have ordered from them a long time ago.

that one sounds so good.

I think I finally figured this tea out. I had this yesterday for the record.

In my previous steeps, I didn’t find it flavorful and I was missing the cream cheese frosting bit that everyone raved about. Well, it turns out that whatever Della Terra uses as the “cream flavor and bits” had attached itself in such a way in transit, that it wasn’t allowing it to really detach from the leaves (or something). Because, once I took a spoon and almost roughly swirled the leaves in my steeping mug, lo-and-behold, cream bits suddenly appeared (and dissolved) and I was left with a much more flavorful cup!

I don’t know if it’s worth the effort to make this creamy and so I don’t know if I’ll repurchase, but I’m happy to say that I finally figured out a way to drink this and really enjoy it.