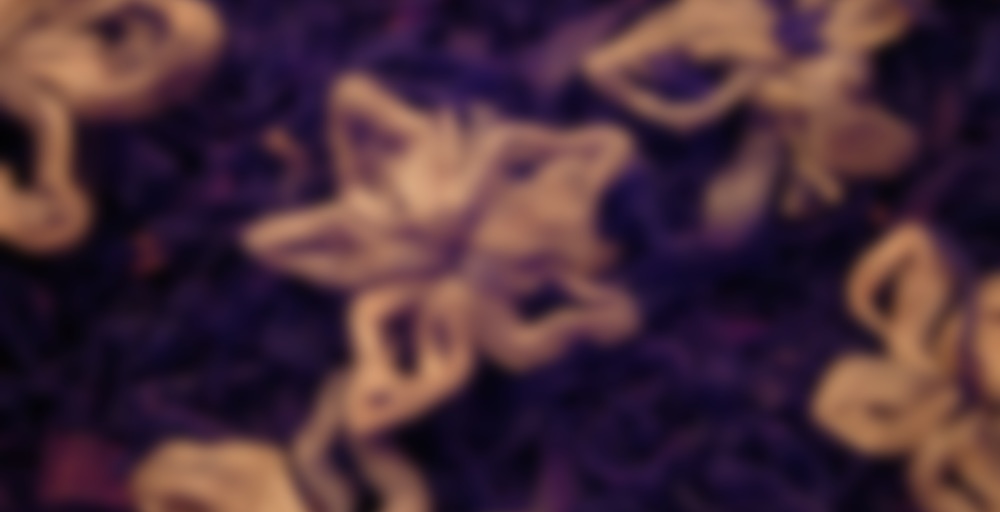 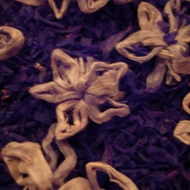 This was really good. A great cup of vanilla yumminess. I added some sugar and a bit of milk, so it was wonderfully sweet and creamy. It was exactly what I wanted for an afternoon treat.

I like the sound of this, and the name of the tea company. I’ve never heard of them before!

I used to order from Art of Tea a lot, before I discovered that there are hundreds of other companies out there!

I actually buy it form my local tea shop who buys it wholesale from Art of Tea.

Well hopefully I can post this without getting kicked out or power going out. Between all the errors of Steepster (coming back 2 hours later and seeing the dashboard is busted — WHY AM I NOT SURPRISED?) and how absolutely hopeless I feel regarding one of the traveling tea boxes, I’m pretty much going on a steepster hiatus. I’ll probably come post notes every so often just for brand new stuff I’m trying, like this.

Let’s be real here, the draw of this one is the white tea stars. I’m not sure what they really add to the tea other than the possibility of feeling like you messed it up.

The vanilla isn’t bad, but this tea is not that good once it starts to cool. The vanilla starts to taste artificial, and the base starts to become bitter. When it’s still hot though, it’s delicious. It wouldn’t ever replace Vanille des Iles for me as a favorite vanilla tea. I may have to try it with milk and sugar to see if it gets that vanilla frosting taste too.

just a little thing to add, please keep Adairsville, GA, in your thoughts. A tornado rolled through there earlier and one person died. Their poor dog was outside and he was rescued but gosh the picture I saw of him still in his dog house, poor baby. There were cars just absolutely flipped and crushed on the highway and 18 wheelers overturned. Scary stuff.

I am sorry the teabox is sending you on a hiatus. Your contribution to this community will be missed!

I’m so sorry the TTB has caused you so much trouble :( We all really appreciate the effort you put into it!

I don’t want to miss you!

I should rephrase it to more of a biweekly type visit rather than all day every day. And you guys are always welcome to add me on Facebook (right now I am a caveman hockey player don’t mind me) https://www.facebook.com/kimisicecream

well Amanda I am coming back and you want to do a break with Steepster :( Hope to see you here on a biweekly basis because I love your notes !

Ah, I’m sorry the tea box is bothering you so much. :/ It should have been fun. It doesn’t even seem like it would be worth it to eventually get the box with all you’ve been through with it. I will miss seeing your tasting notes!

i sent a friend request.

I will miss seeing your posts!

MOMO, don’t leave us!!!
No point getting upset over those TT boxes, they sort of took on a life of their own, right? I expect Box A will arrive here tomorrow. I’ll enjoy it, & then forward it to you. PM me your address, ok? I’m friending you on FB.

I think we all need a break every once in a while. Just don’t stay away from us too long. :)

I received my lip balm and the mail today and I couldn’t be more happy with it – every flavor I’ve tried is perfect!! I’m allergic to everything and picky about my lip glosses, so I was thrilled to hear about your Etsy store. I’ll definitely be ordering from you again. :)

Yay I’m so glad you like them! I’ll be making more new flavors soon since I got a bunch of supplies in the other day.

sooo this cup of this tea? no thanks..but the last cup was delicious. So either i had a cup with more star anise than the first one or i did something wrong this second time. I don’t think i’d stock this permanently in my cupboard as a result of having two vastly different experiences. Thank you tastybrew though for sending this my way!

My first cup of tea in the year 2013! I thought that this would be a special tea to try… black tea, vanilla and pretty little white tea stars. The stars are truly adorable — not too many crowding the black tea, but I manage to find a few by digging around in the blend.

I’m surprised at how creamy this tea is! The vanilla is light, but still very present. The white tea blends seamlessly with the black tea and the vanilla. It actually adds a bit of an astringent note in the background. How interesting.

Oh, this is so yummy! This tea has an airy, fluffy, creamy quality that I adore. There is a little bit of an astringent finish to the cup (beyond the white tea’s addition).. so I would be careful not to forget about this tea when steeping.

I think this tea has quickly bounced to my very favorite vanilla black tea spot. What a way to start the tea-drinking new year!

I didn’t realize until I opened this that it has vanilla (or any flavoring for that matter); at first that worried me but the vanilla’s not crazy powerful, just adds a softness and warmth that’s welcome given the black tea’s slightly rough/tannic with a hint of bitterness as it cools. The overall effect is a creamy, warming, relaxing, and pretty pot of tea to look at (it begs resteeps to let the white tea stars open up, but doesn’t taste quite as good after the first steep alas…a little bit gimmicky but hey, it is appealing). I don’t know that I’d restock, gonna have to see what the cost is. If it’s affordable maybe…it is a nice after dinner tea despite the caffeine.

Swung by Cuppa for a latte before heading out to visit one of my schools…it’s such a yucky, rainy day that you just have to stop for a good cup of tea. I didn’t want any of the lattes that they have on the menu, so I asked Lisa to create a new one with this tea.

(Not rating this one right now, since it’s been a while since I’ve had just Starry Night by itself. But it’s awesome, too, if memory serves.)

This is a great tea! It is one that I’ve been wanting to try for a long time! Thanks to Jaime for sending me some in my Secret Santa package, I am able to try it!

Off to write a review!

Thanks TastyBrew, for this surprise sample! This tea is a really nice vanilla black. The little white stars are super cute! I didn’t get that feeling, like OMG, I must have more of this tea, but it was good, and it gets props for cute-ness! ;)

After trying many vanilla teas, a black vanilla tea was the first tea that got me interested in loose leaf tea, this one has been my go to for awhile. The vanilla doesn’t have an artificial taste to it and the black tea is strong enough to stand up to it. The little white stars are cute, but I could take them or leave them.

The dry leaf and steeping smell was quite malty, surprisingly. But it didn’t really stick through the taste much. It wasn’t just your average vanilla tea. It was more of a vanilla bean vanilla. So way more stronger, with a touch of malt.
Wish that there had been more malt in this one, but it was still pretty good!
Suppose if I want a malty vanilla tea, I’d have to go to Capital Teas Ltd! But this one was like a lighter version of it. Still pretty good! Just won’t buy more of it.