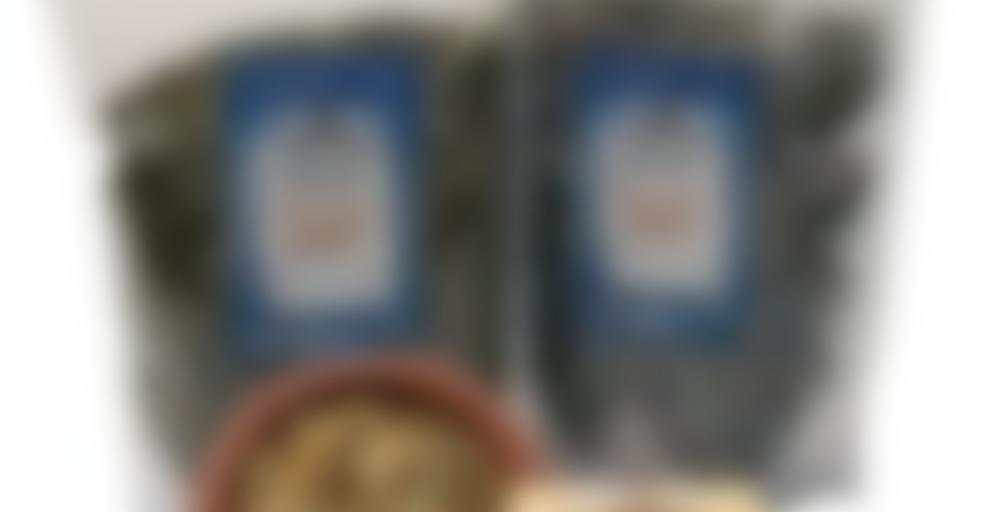 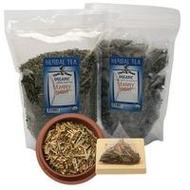 by Liquid Planet
74
You

This gently complex herbal infusion is our most delightful tisane boasting peppermint, ginger and tangerine flavors. An aromatic and flavorful blend that will quiet the mind and nourish the soul – perfect for stargazing and late night conversations. *naturally caffeine free

This teabag came as a sampler with my new teapot. It says it’s fully biodegradable and made of corn resin. Well, they weren’t 100% clear if it was the packaging or the teabag (or both) that was made out of corn resin and since I’m allergic to corn, I cut the teabag open and dumped the leaves into the pot just to be safe. It was a pyramid bag so the leaves are pretty good quality. Maybe a little small (especially the lemongrass) but not a big deal.

When I stick my nose in the cup, I get mostly mint but when I’m farther away I get little whiffs of what I think is the licorice. No hint of the lemongrass or tangerine. Taste-wise I feel the mint more than I taste it but it is still the first and dominate flavor. The next flavor is the lemongrass but it seems to blend well with the mint making a sweetish light taste. The licorice is pretty faint (which is good because I’m typically not a fan). I think it give the mint and lemongrass flavors a little support. The tangerine is pretty much not evident to me except maybe in a little tiny citrus taste that seems almost like part of the hint of licorice? And even that hint I don’t get consistently.

Of course, saying all this, if I didn’t know what was in it, I doubt I’d be able to pick anything else out beside the mint. It’s evident that SOMETHING else is there as it is not super-minty plus there is more depth of flavor than you get from a straight mint tea. But the different flavors really blend one into another so no single one stands out. Or at least not so much that I can identify them.

I’m not a big herbal fan but if they had sent a larger sampler I would drink it. Don’t think I’d go out and intentionally buy it though (maybe if the tangerine was more obvious). I would, however, choose this over a plain mint tea.

Wonderful mix which I like to describe as “cat nip for humans.” Not only a wonderful smell, but very strong flavors definitely not in need of sweetener. Bag could easily make a pot, but could not wait to have another cup.