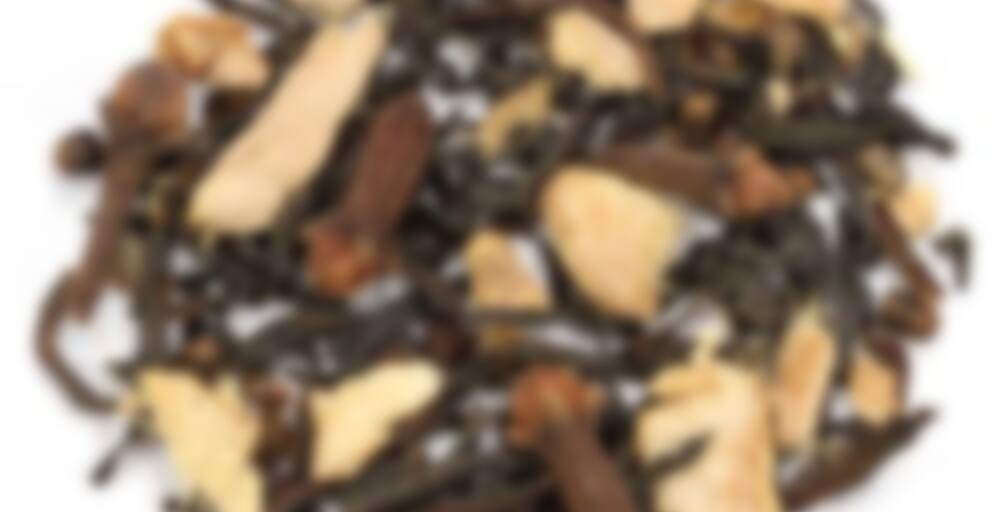 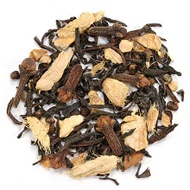 by Adagio Teas
74
You

with 134 Ratings Rate this tea Rate This Tea

To most Westerners, it is a little known fact that the word ‘Chai’ simply means ‘tea’ in Hindi. Therefore, all teas are technically chais. However, instead of the ‘chai’ that most Americans are used to (which usually contains really bad tea), we offer a Masala Chai tea – premium Ceylon black tea with a unique blend of spices; cinnamon, cardamon, and ginger.

Sipdown no. 78 of the year 2014. I could have let this go for one more round, but I felt the itch to get another sipdown in. I have discovered that there are approximately 5 tablespoons of chai in the Adagio sample tin. I used two last time, today I tripled the recipe instead of doubling it so I wouldn’t have to have one serving sitting around by itself.

It does make a difference. I think the Assam in general works better. It adds more flavor to the chai.

This time the flavor in general is milder, closer to Doulton’s experience of it than my original one. But I’m keeping the rating as is because I know it can do better with the right backup band.

Waiting to get a reaction from the peanut gallery. I described it to them as “grown up hot chocolate.” We’ll see whether that is an enticement…

I have a friend who doesn’t like tea, and I think I’m thisclose to getting her to give chai a go. THISCLOSE. Huzzah!

Sipdown!
I’m brewing a somewhat strong 16oz of this to take to my gig this morning. It will stay hot for quite some time, & I can sip & savor in between songs. I love doing that!
The spices on this chai are a little heavy in the clove department & could use more ginger, IMO, but otherwise it has been decent. There are other Chai’s I prefer, & many more out there left for me to try!

I just ordered three different chai’s from Chado…we’ll see how that goes! I like how different they can be!

I had this one a while back and I thought it was quite tasty. Then again, I haven’t really had too many Chai’s!

I’ve been on a chai binge this weekend! First it was starbucks yesterday, which is Tazo’s Chai. Then I made the Cha Yen Thai from Teavana, which is basically a coconut chai. The today after I drank this Chai I had another chai at the gig, which I think is Numi’s, & it was tasty too! I love Chai, & once I drink a cup of it, it’s like I want more & more. Hot or iced, it is delicious!

My beloved cat is dreadfully ill, so I finished off my tin of this to soothe myself.

And when I placed my Adagio order this weekend, they were out, so who knows when I’ll have more.

This chai is delightful though.

I’m so sorry to hear that your cat is ill! I will be thinking good thoughts for her swift recovery! I’m glad you have comfort tea.

Hope your kitty gets better soon!

I hope your cat’s heath improves greatly. My pets are my kids.

I hope your kitty feels better soon. Like Lena, my cats are my kids so when one of them is not doing well, the whole world goes on hold.

Thanks everyone for the well wishes. It’ll be a few days before we know if he’s going to pull through, and I’m exhausted from monitoring him with the IV last night (rather than keeping him at the hospital I brought him home). He’s back at the hospital today and I’m fretting.

my thoughts are with you!! i hope ur kitty gets better soon!! my cat is my fur child!

Aww, he’s lovely. I am hoping he is better soon.

Love that Container Store picture. One, because I love the Container Store. Two, because your cat[s] is[are] cute. Three, because the huge CONTAIN YOURSELF letters combined with the blasé expression made me giggle.

Super yummy! And great when it’s warm and you’re drinking it from a wine glass (it makes you feel classy).

This is my second masala chai. My first was from Samovar and I loved it. But Samovar is a bit too pricey on a college student’s budget so I decided to order a 4oz tin of masala chai from Adagio instead. And you know what? It’s pretty darn good.

Oooh, I might need to try that wine glass thing. When you spend a lot of your days in pajama pants, you grab fanciness where you can get it.

Yeah. I’m still iffy about adding hot liquids to wine glasses but I googled around and the internet seems to say that it’s okay once the glasses don’t experience sudden temperature changes (really cold —> really hot). I’ve been doing it for the past none of my glasses have cracked yet…

This is one of the nicest blend of spices for Masala Chai that I’ve tried. It is a warm and toasty type of drink… A comfort tea. I had it this afternoon done Western style with a huge mug and a large infuser. I’m going to try this stove top when I’m not lazy. :) delicious overall. It’s not too spicy but I imagine that over stovetop the flavors will be powerful.

Really? I find it really week, but then again I do like my chais to punch me in the face lol.

yeah. I haven’t tried it stove top though so it might be stronger when I do try it that way. I don’t like my chais too spicy lol

This is a pretty tasty chai, though it does have that adagio base that i’m not a fan of. In terms of chais though, this isn’t bad. there are others that i much prefer but i’ll still enjoy drinking this while i have it. it’s lightly spicy but not overly so. thanks terri!

What chais are your favorite?

I like verdants, butiki and red blossoms the most but I also have had a huge number of others because I really only drink it in winter and I bough large quantities before I knew better :)

I’ve never tried any of those…I’ll have to add them to the shopping list! My favorites so far are Adagio’s Spiced Apple Chai and Starbucks’ concentrated Tazo Chai mix.

I can’t handle this one, I’m such a wuss it’s way to spicy.

kiaharii – heh maybe you need to milk and honey your chais? :)

Perhaps! I still have some of this left so I may try that. Do you brew it on the stove or just the normal way and then add the milk/honey?

i usually brew normally and then jsut add milk and honey since it’s easier. I have yet to make chai the “proper” way.

I took a sick day today, there’s a tickle in my lungs and I was up half the night coughing. Masala chai to soothe the cough.

I’m getting low on this, I think I will try another brand of chai for my next batch – I want to be able to compare and contrast. Any suggestions?

Boiling 5 min, 0 sec
Yours I Like This
5 likes
2 comments
Edit

I was disappointed with this tea. I had a sample of it and thought that I was probably putting too much tea into my blend, but I wanted to use the entire sample. I thought it ended up being very insipid.

I’ve had tea-bagged Chai that is more flavorful than this chai, which tastes mild and characterless to me. I do like big, bursting, pyrotechnics in my chai and have a plan to try to make my own blend ultimately. I like my Chai to be a big brass band and this is a leeeettle tiny piping from a tiny piccolo.

My general opinion w/ chais, especially if you add milk/creamer is that they require a lot of leaf. If I’m drinking an unflavored or other flavored black, I use 2.25g/6oz, but w/ chais I measure them w/ a tsp…. a heaping tsp. (a heaping tsp of my Mayan Chocolate Chai weighs 4g, almost double my norm). I can do simple, light, delicate flavors, but I do agree that chais must be “go big or go home”… I will drink this, and enjoy it if that’s what I have in the house. This is my “CRAP! I’m completely out of chai, but I have no money to spend so I’ll use some points to get some” chai.

For many teas, I actually double or even triple the prescribed amount. I think that 1 tsp. is probably meant for one of those elegant little bone-china tea cups. With a larger mug, I always make adjustments. With the Adagio sample, I really did use about the equivalent of 3 tbsp. for one 8 ounce mug, But I certainly agree with your comment.

My last few bags of tea that I’ve ordered have almost all come with instructions for 1 tsp tea to 6 oz. I usually make 10-12 oz cups so I double it to 2 tsp by default.

Oh Doulton, I do think we would be great friends outside of the web. I love your posts and your ability to quote Walter Pater and then the Osbournes. lol…fantastic.

As for the chai, I agree that this one is a bit lacking. While I don’t like the throat burning chais, this Masala still manages to fall short. I’m still on the hunt for the perfect chai.

Lena- have you tried Samovar’s ? I really liked that one…

Ditto the Samovar. Not a chai expert at all here, but I thought it was wonderful.

“a leeeettle tiny piping from a tiny piccolo.” — I love that! I understand perfectly! :)

Got a sample of this and several other Adagio teas in a recent knitting swap. I’m in love! This is a most excellent chai. LOVE the spiciness of it, the strong scent upon opening the packet, and the boldness even after adding milk! It’s got that lovely full-mouth feel, plus the warmth of the spices. Makes for a great tea when you’re cold, when you don’t feel well, etc. LOVE!