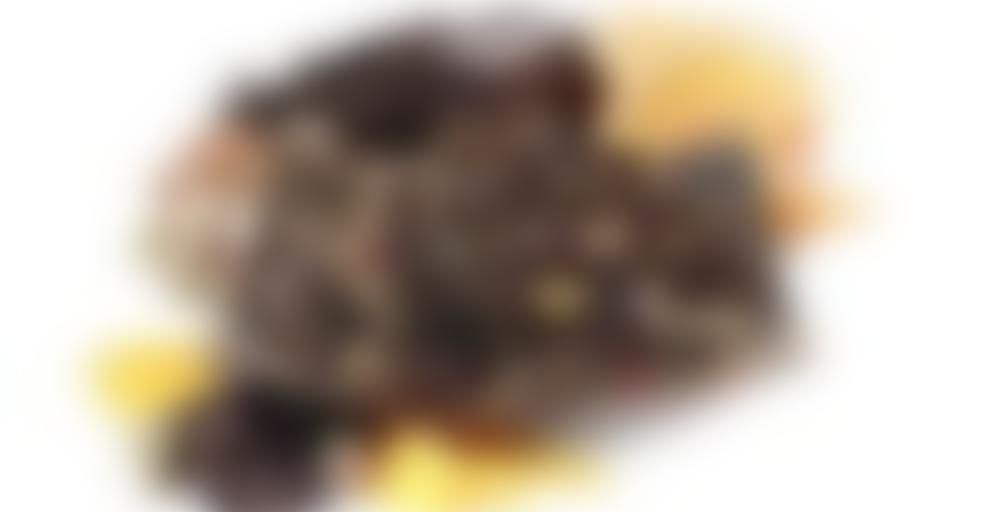 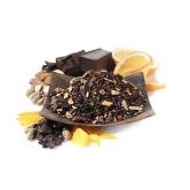 with 95 Ratings Rate this tea Rate This Tea

Kick the coffee habit with an invigorating blend of Mate, Yunnan black tea, chocolate, nuts and a touch of spice. This tea will get your morning started with a delectable energy boost! Also known as The Coffee Kicker. Note: this tea contains nuts.

My Morning Mate and Cacao Mint

My Morning Mate and Peppermint Blend

This is SO good! Even better than I remember! It’s so chocolatey and sweet, but it’s got some zingy quality I can’t quite put my finger on. Too tired to say much else right now. Just wow!

That’s about the most positive Teavana review I’ve ever read. :)

haha. I had a thought today that I at least like the copper color on Teavana packaging. whoops! :D

This came in a swap from Ze_Teamaker – thank you for the generous sample!

I really needed a kick start this morning; of course that’s how I feel every morning because I normally don’t feel awake and fully functional until around 10 AM. When the alarm goes off at 6 it is PAINFUL!

I thought this was actually a nice brew, the combo of the black tea and mate has a slight sweet hazelnut flavor. Not sure what the spice element is here but it’s a bit like a chai, I’m enjoying it. I made mine with soymilk and it’s good that way. I AM feeling slightly more awake! This is pretty good stuff… now back to work! (sound of whip cracking)

I have some leftover of this tea from a tea trade – I let my roommate try some of this tea. He’s the one who drink coffee thats insanely strong, and also best friend of my husband, this friend has been having a rough time with his health, despite being not even 30 yet.

Anyways, he was steeping it up, and I went upstairs to my office to work on tomorrow’s tea review. He aim’d me and said, “that is the best tea i’ve evar had”
(yes, our household instant messages each other, despite we could probably walk or yell across the house).

He was really happy, and loved the resteep! I think he wants to go to Teavana and get some more! I’m gonna make him cookies after dinner.

Yummmm I am so in love with this first thing in the morning. I need to restock my stash of it in my office (from my 2 lb supply at home…).

However, I am in somewhat of a tea rut. I am drinking the same teas regularly and not exploring like I did when I first found Steepster. So my current goal; branch out into new to me teas. I don’t drink much oolong or green tea so I think I will focus there. Regardless, I am enjoying being at the desk earlier than everyone else, enjoying my tea with myself :)

Needed a little kick to get my morning going after being sick for the last two days. It doesn’t give you a huge kick, but enough to get you into gear.

I hear Neil Diamond singing hello my friend, hello. Ah I love this tea! So good and from what I understand I have the version before they re-blended it. I don’t know why they would want to change a good thing. This is a treat as I’m trying to get rolling this morning.

When did they reblend it?!

Have always had a soft spot for that song!

Once again I am Mateing it up with My Morning Mate. I Absolutely cannot get enough of this tea. One of my favorite things about it is you can blend it with anything, or mess with how you steep it. Drink it with sugar, milk, honey, agave nectar or nothing at all. It will be delicious regardless. You really have to try to screw this one up.

I really enjoyed this, and I definitely did not expect to.

The dry leaf smell was very strong. Heavily nutty and very strong. I tend to be easily off-put by the idea that something will be overdone when it’s flavored, or that the flavor will be in some way artificial. I tend toward wanting a certain purity in the tea that I drink…or perhaps the word I want is ‘cleanliness’. I want a flavor that’s a clear note; I want flavor that knows where it’s going and feels pulled-together. Rich is fine, but over-assertive — especially with anything that runs the risk of seeming artificial — makes me wary.

My first sip surprised me, though, and I was delighted. Keep in mind that this may be due to any number of factors, such as
a) not having had much tea in the last week,
b) my mouth still healing after having my wisdom teeth out, and
c) the probability that most things taste good as a latte,

but with that said, I’m able to say that I plan on having another cup of this after I finish writing this note, so there you go.

I made it the same way that I make my chai. 1:1 water to milk, simmering the water in a pot on the stove, adding rock sugar, adding the tea, simmering a few minutes, adding the milk, heating, removing from heat to sit, strain and serve. I did add a little dash of light cream when it looked as though the nearly-no-fat milk I was using wasn’t quite creamy enough for my tastes.

As it was simmering, I was giving the pot funny looks. ‘You smell like black tea,’ I thought. ‘You say that you are a mate. Are you both? I bet you’re both. If you’re both I can’t simmer you for as long. How long have you been on the stove? Crap. I’m adding the milk before you get bitter. …now you DEFINITELY smell like black tea. I bet you’re going to be bitter, ugh.’

The flavor was warm chocolate milk with hazelnut, black tea, and an exhaled aftertaste of the aroma of coffee beans. When it was hot I had a vague sense of something like rosewater, but right now I don’t really trust my palate.

Without a doubt the aftertaste is my least favorite part of this concoction, and I’m not certain to what I should be attributing it. It’s a very slight tang of something. Fruity? Sour? Floral? The source of my rosewater impression? Not quite any of those things, but definitely there. I’m not sure if the yunnan in there was angry at me for subjecting it to so much heat, or if mate has a tangy aftertaste. I suppose I should pick up some plain mate sometime to find out, eh?

In all, this tea seems to fill the niche that my Chocolate Delight from Tea Guys filled, only it fills it in a much more satisfying way. Sad to say, I think the aforementioned blend may have seen its last days in my cupboard (which is extra-sad because I have basically a new batch of that at home. If anybody wants some, let me know…but be advised I’m dispensing it not because it’s tremendously good but because otherwise it will probably wind up wasted!).

What do you mean when you say your “review got eaten?”

If I wait too long halfway through writing a post, and then I come back to the computer and try to post it, it’s as though the whole thing has timed out…the review disappears. I log the tea, but there’s no review (and often no rating)…so I have to start over! I had forgotten that happens when I wrote this one and took too long to post it…oops.

Oh weird… it shouldn’t do that. We’ll look into it!

Mystery mate tea to go. I decided to be bold and go for something other than my Strawberry Slender Pu Erh, which is my failsafe tea from Teavana. I couldn’t decide between a few of the mates and told the fellow to pick one for me while I browsed the tea accessory area. This is what he made me. It’s pretty good, though even as I had asked for milk and sugar, that was once again, neglected. He made this into my timolino directly, so I opted to try keeping the leaves for a further infusion.

I’ll have to go into more detail on the flavor when I have a little more time after work, and I have had more of it to decipher what I’m tasting.

It’s definitely chocolatey, and I do get the nutty taste too. I am one who loves nutty teas, and I especially love hazelnut. Hazelnut lattes are my have. In the simplest word, I’d say this tea is cozy. Though I am getting a tart and juicy aftertaste too. Not sure if it is me or the tea.

I saved the first infusion of leaves and am attempting my second, now that I am home. And have a bathroom so near. I swear this made me pee more than usual today. :P

I…I…oh good Lord, this tea confuses me! One sip, I love it! The next, blegh. The list of ingredients doesn’t list cardamom, but I seem to see some cardamom pods. Cardamom tends to put me off of a tea, and I’m fairly certain that’s what I’m tasting that’s making me wrinkle my nose.

It does remind me of coffee, but a spicy coffee. Thanks for sharing, Wifey_Woman, I’m really enjoying this one! .

I’m glad you like and don’t like it. I had that love hate too and would just mix it with other teas too. You may like the JavaVana (I think I sent that)…no cardamom in that one.