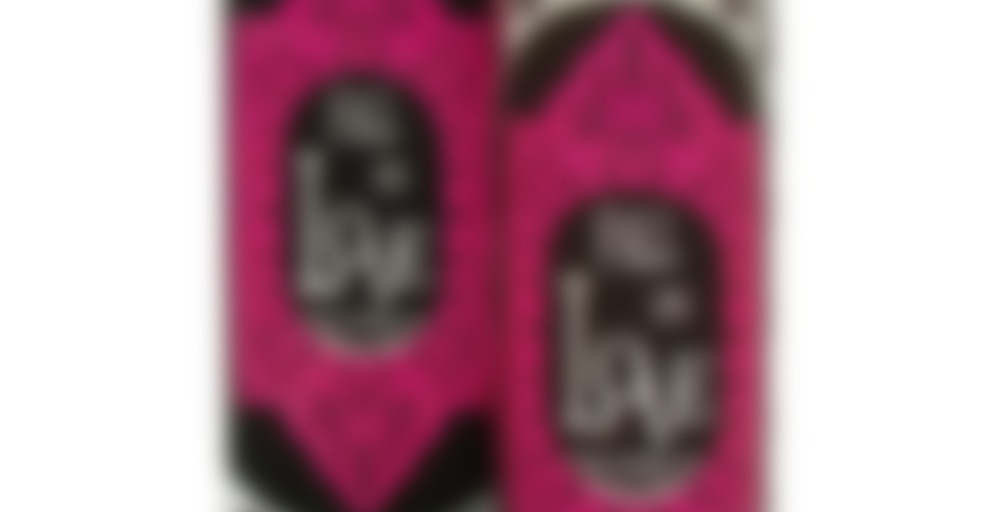 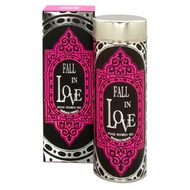 by Mariage Frères
70
You

Mariage Frères’ language of love has taken on a new color with this novel rooibos. Nestling in a white canister decorated with raspberry swirls and silver lettering, this year’s “Fall in Love” is a tea draped in mild spices and studded with rose petals.

It teasingly unveils a sweet, delicate fragrance with hints of baked custard, bringing new shades of pleasure to the gourmet banquet of desire.

In Love in London

I’ll admit it – I sniffed this for a while. It smells creamy and like a tart raspberry or unripe blackberry. Oddly enough it brings to mind a thick, heavy but faintly lemony custard. I have no idea why this is making me think of lemon custard because I don’t think I’m supposed to. But I am. I should probably concentrate on the berry thought but I keep going back to lemon. Anyway. I smell a bit of warmish almost spicy that might be the rooibos. But it also might be the unripe blackberry so I’m going to say I can’t really catch any rooibos.

Once the hot water hit the leaves though, gak! Sour and berry and sour and wood and sour and rooibos all over the place. Noooo! But I shall soldier forward and wait for it to brew! Fortunately, once it has been fully steeped and put into my cup, the rooibos smell is much milder. The smell reminds me of this morning’s Marco Polo with a blop of custard in it. Not that I’ve ever put custard in my tea. I wonder if adding a little sugar would turn the custard into creme brulee because that would be awesome. Anyway, the rooibos is an infrequent back note hiding behind the custard. And now I’m just smelling it to put off sipping so here we go.

Huh. This is… pretty bland. It tastes maybe like a fourth steep of Marco Polo with a custard edge to it. How is this possible? As it cools, a little more flavor pops up but we’re talking third steep of Marco Polo or maybe a fairly week second steep. There is custard and berry and water. That’s pretty much what I’m getting. The flavors mesh nicely with the custard a little more towards the front and the berry a little more towards the back, but they overlap and flow well. And don’t get me wrong, I’m happy that there is virtually zero evidence of rooibos. But a little more flavor would not go amiss.

Okay, I refuse to rate this right now because I’m so mixed. If I can brew this tea where it actually tastes like a first steep and not a second, this could be pretty freaking awesome. But right now? Yeah, no so much.
3g/8oz

YAY! It’s still here! Forgot to hit post, travelled away and then discovered that the comment wasn’t there. Lots of back-buttoning later, here it is!

Is this a pure rooibos base? It sounds so intriguing! Custard and berries and CUSTARD for crying out loud! It doesn’t sound like it’s very rooibos-y…
I must remember this for France!

Did I mention custard?

Yep, a pure rooibos base but very little rooibos in the taste. Actually, very little of anything in the taste, dang it. Just faint bits of berries and custard which would be so awesome if it were stronger! I just… wanted more. It could have been so great! So sad. I have enough leaf left for maybe two or three cups so I will continue to attempt getting taste from this. Fingers crossed! (And awesome on the comment still being there – why does that never happen to me? So jealous!)

Oh, and I got distracted by the sad lack of taste thing but maybe you can find a MF place and have a cup of this while you are in France. And then if you get a stronger taste from it, you can pester them to see what I’m doing wrong and then there will be custard tea for everyone! (Okay, mostly for you and me and maybe a couple others that have this tea but still).

Yeah, I just saw the second post. Hmm… Hmmmmmm…. I think I’ll still look for it in France though. I’m not sure I can get my mind to let go of OMG if I don’t. :p

Thank you so much to Auggy who sent me this after I begged and beseeched.
I’ve got a theory about this tea. My theory is that a shipment of Marco Polo was making a grand voyage around the world on the a tea vessal as elegant and sumptous as the Queen Mary 2 ocean line. Only the best for Mariage Frère’s Marco Polo. The ship washed ashore near Cape Town, South Africa and poor Marco Polo had a bad concussion and wandered the streets in a fugue state. Then a Rooibos Ruffian came along in a dark alley and took advantage of Marco Polo.

Thus was born “Fall in Love”. I taste the same berry notes as Marco Polo, but this love child has those crude Rooibos elements that I don’t like very much.
If anyone can spin gold out of a rooibos, it is Mariage Frères, and if I had to drink this again, I would not complain. But I will not buy it.

I couldn’t find anywhere to order this. None of the three places online I looked had it (the unintelligible Mariage Freres web site may have, but I got frustrated and gave up). Hmmm….

I got this in a swap from generous Auggy and I do not know where she got it. I do believe that they have this mix in black and green as well. It might be a decent black tea.

Williams-Sonoma carry it where I live in Maine and Dean and Duluca is the only place I could find it online.

Sample from the amazing takgoti!!!

I used 4 teaspoons for 16 oz water, 5 minute steep, but the tisane is too weak for my taste. The berry and baked custard (really! baked custard!!) flavors are delicious, but very watery. What a shame!! I think I have enough left to try three teaspoons in 8 oz water and see what happens some other night. Le sigh! If it were only stronger, this would probably be the loveliest rooibos ever created!

How much does 4 teaspoons of this one weigh?

That I don’t know – don’t have my scale yet – so I made it like my unflavored rooibos. Sadly, did not work!

I agree. It is waterier [technical term] than I would like. I’m going to dump the tea in the strainer next time and see what happens.

This is my first tea I have tried by Mariages Freres thanks to Doulton! Ohhh, I like it! It’s hard to not like anything French, the Francophile in me wouldn’t allow it. It was a mellow blend of vanilla like lush, very light fruit, and a breeze of sweetness. I would probably double the teaspoons for a more flavorful cup. Very nice, I will have to try this again. I had it iced, and it brewed only twice. Seems like rooibos usually just has two brews to it.