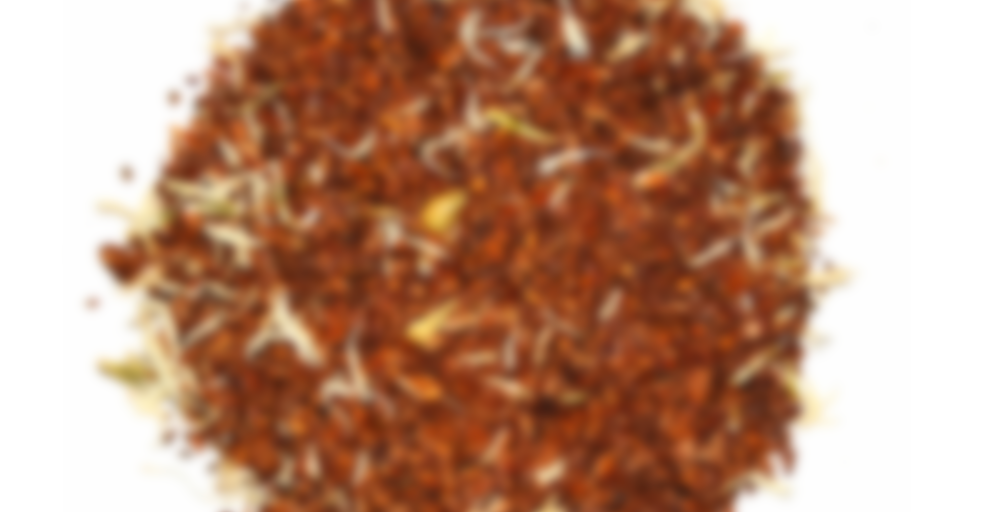 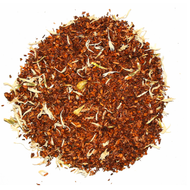 by Della Terra Teas
75
You

An ice cold frosted mug, a root beers froth running down the side with a big ‘ole scoop o’ vanilla ice cream plopped right down into the cup. That’s the flavor! Simple as that, Root Beer Float! MMM!

Next up on my evening of trying out new teas! This one was purchased from Janelle in a sample size to give me a taste before deciding whether or not to include it in my Black Friday order. I also recieved Butiki’s Root Beer Float tea today as well, so I’m thinking I might have to drink that one directly after this so I can get a comparison of the tastes and determine which I like better. I don’t think there’s any reason for me to keep two Root Beer teas stocked which seem to be so similar in base and ingredients.

Dry, this one smells slightly “medicinal root beer” like – kind of like when you get those old fashioned root beers that are in the glass bottle with the kind of bottle cap that doesn’t just twist off. That makes sense considering this utilises a rooibos base and that often tastes a little medicinal to people. I love those old fashioned type of root beers: I think a lightly medicinal sort of tasting root beer seems more natural and “real” rootbeer tasting. I also get some creaminess and vanilla notes in the dry leaf that do work with the “float” aspect of the tea as well.

For steeping, I used 1 tsp. level in 8 oz. boiling water steeped for about 3 min. 30 seconds. The liquor is a really rich brown colour: actually sort of the colour of an old fashioned root beer. I say old fashioned, because I find non old fashioned root beers, like Barq’s is a much darker (almost black) colour. Even though I used a fine mesh strainer I did still wind up with a bunch of floaty bits in my mug, though.

The smell is distinctly rooibos, with a light rootbeer smell that follow the rooibos in a less noticeable way. I feel like in the smell I lose the creaminess associated with the “float”.

For taste, the rooibos is definitely strong and very present. I often get the woodiness associated with rooibos and NOT the medicinal taste, but in this blend I am very much getting medical notes and finding an absence of woodiness. Like previously stated, though, I think that medicinal taste works in this blend because it’s strengthening the comparison of an old fashioned root beer drink. I do wish the root beer taste was just a bit more present. I’ve lost a lot of the creaminess, but what is still here manages to linger in the aftertaste for a pretty long time.

I don’t think I’d call this Root Beer Float, but instead Old Fashioned Root Beer (the “Dad’s Rootbeer” brand comes to mind). It’s still a really good tea though, and I’m very much enjoying the cup. I’m excited to try Butiki’s version immediately following and do a comparison.

For some reason I am just now getting around to writing a tasting note about this tea. I bought it over the summer for when I’m craving soda, plus, I love having rootbeer rooibos on hand for tea parties with my son. It is such a fun way to introduce him to tea.

I definitely prefer it iced over hot, something about warm root beer is just a little odd to me. What I love about this particular version (I have tried several others) is that it has a bit of a vanilla flavor to it as well the rootbeer, likely from the dried ice cream bits. It really does taste somewhat like a rootbeer float. Such a fun tea!

I don’t order this often, but it will definitely make a seasonal appearance in my cupboard.

I was really impressed by the authentic root beer flavor in this tea. It is not a tea that I’d drink often, but a fun novelty drink nonetheless. It was another win for my husband, so I may have this one on hand more often than not.

I think vanilla Jasmine by Golden Moon tastes like cream soda/root beer! It is wonderful.

thanks for the suggestions!

This was something I got in the middle of summer. It smells so good, like root beer. The flavour is there as well. This was one of those teas that should be brewed more often iced, and a little sweet. (Took a bottle of it iced with me to a Fourth of July event… was so glad I did.)

What fun! This does honestly taste like a cup of root beer. I didn’t think it was possible, but the taste is bang on. Tons of fun to drink! Next time I am going to try this iced. As my bf pointed out, if I were to cut it with sparkling water, I could make a real cup of root beer!

Sipdown! Another thanks to Janelle :)

I think this one may have lost a bit of flavour while it sat waiting to be tried, but as is, it’s not a bad cup of tea, just a bit light on flavour. There are hints of rootbeer and creaminess, and as with the Swiss Mountain Rooibos, the rooibos flavour is not an issue. I’d probably like to see this flavouring on a black base, since I don’t care about caffeine and typically prefer the flavour of a good black tea, but again, it’s not bad as is, based on what I can tell, anyhow. Definitely 100x better than the DavidsTea version, but perhaps not as good as Simpson&Vail nor 52teas.

dexter sent this one on to me and since it was a HUGE quantity, i’m going to inflict..er i mean share, the rest of this with the other girls :) Esp now that i’ve tried this both as a regularly brewed tea and a latte. Truth be told the latte was better but it just doesn’t have the strength to it and that deep root beer flavour that i get from the david’s tea black version. A decent cup, but not a favourite :) thanks for letting me try this dexter!

This one reminds me in flavour of an “old-style” root beer – slightly medicinal tasting, a little black-liquoricey, a little chicory. The rooibos is a good choice here, and I actually feel the slight woodiness contributes to the flavour. I wouldn’t say that “float” element is particularly strong, although there is a light creaminess in the background. I tried adding milk to the second half of my cup to bring that out a little more, but I think it actually drowned what there was more than anything. So, without milk is the way forward with this one for me! Of the root beer teas I’ve tried this far, I wouldn’t say this one is a favourite. I much prefer the 52 Teas version. It’s a pleasant cup, though, and I’ll definitely enjoy finishing off my sample pouch.

In other news, I’ve been on a bit of a hot chocolate jag these last few days. That’s so totally not me, I should have known something was wrong. Then last night I started getting the sniffles and a scratchy throat. Time for another cold! I should have known that my tastes wouldn’t change that dramatically for no reason. I miss tea already, but no doubt I’ll return to normal soon. I certainly hope so!

Rooibos (and honeybush) and I mostly don’t get a long. I am very sensitive to the metallic and peppery flavours in both. Every once in a while I taste a rooibos tea that is just super excellent. But I don’t know what it is. I have not yet found a pattern between low quality, high quality, low price, high price, etc., that gives me a consistent good tasting tea.

In saying all that above, I had to try this tea because it is root beer. I like to think of myself as a rootbeer connoisseur. I have never found a root beer that I didn’t like. Although A and W still reigns supreme. This dry tea smelled pretty good. Like a strong root beer. Almost like a root beer candy. So I had to try it.

The brewed tea however, is just full of pepper. (sad face). There is definitely a root beer flavour. More like a watered down root beer float. So the taste is there, it just isn’t strong enough. The problem is, if I would try to make is stronger by steeping longer or using more tea, then it would be a mouth full of pepper. And not the spice that comes a long with pepper, but the actual taste of black pepper.

Ohh, A&W. <3 A local German deli used to bring in a small batch natural root beer that was amazing too, but in a different way. :)