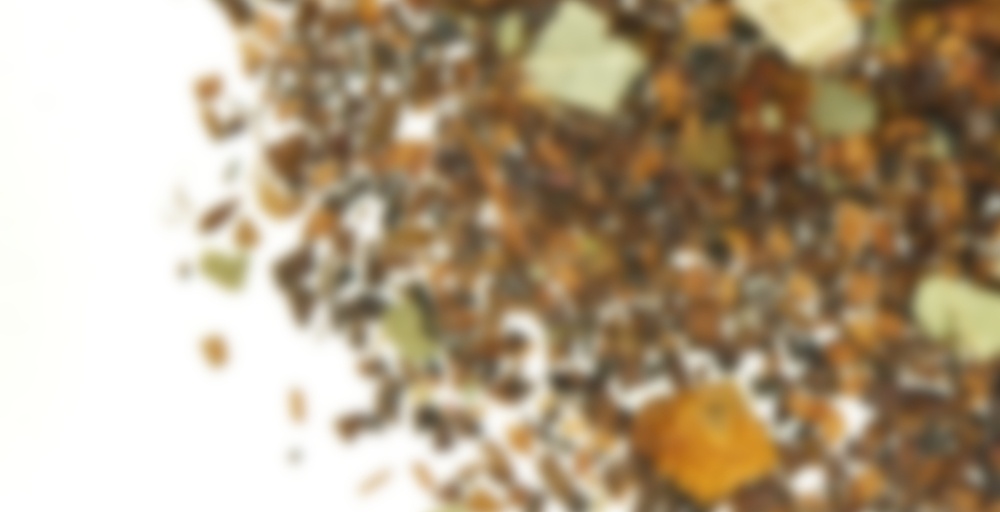 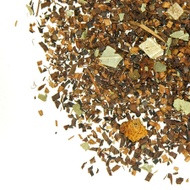 I tried this at the shop in Square one today, on my way to meet a friend for dinner, so I wanted something that would keep me hydrated, and would keep in case I didn’t finish it in time for our meal. Also, I’d been eying this one for awhile… but…
What I didn’t expect was to love this so much!!
Rooibos was a previous obsession of mine, but I kinda got over that when I discovered the world of tea I’d been missing out on. However, I had no idea that rooibos’s close cousin Honeybush was so charming ;P
Especially when mixed with strawberry and orange and other tasty-licious flowers! Wow. It’s incredibly sweet on its own with no adds at all, and very fruity. I can taste the strawberry, and something orange-like… topped with some definite floral notes. It’s smooth, not sour or abrasive whatsoever (take that rooibos!) and is a definite must-have for my cupboard. That said, I often have this reaction to tea, and then later regret my exuberance. Still, I waaaaaaant it! but I have so much tea already, can I justify another purchase?? but I don’t have an herbal tea to love quite like this one. (Yes, I am asking for permission here. I need to justify my future purchase! :s)
Oh and the guy who served me was so new… he was all fumbles and stutters. Kinda cute, and you could see he really wanted to do a good job! but setting the timer wrong so that it fails to start and then almost icing my hot tea… well, that just gave him away. Not that I mind, he was sweet.
Well, goodnight y’all!
Sidenote: I didn’t have time to drink it all, therefore the remainder is currently in the fridge awaiting my verdict on the iced version! so looking forward to that!!!
Also, bear in mind that his rating reflects my version of perfection in a non-caffeinated tea. Up against my coveted oolongs, whites, or blacks, honey-bush lands at the bottom. Just sayin!

This was surprisingly good! Unabashedly fruity, and nicely refreshing. I’m shocked to find that I think it actually tastes a fair bit like Tealish’s Fairy Dust. This is completely welcome as I’m out of Fairy Dust right now. Not much else to say. It’s a nice balance of berry and tropical fruitiness.

I had this as a tea to go today as I was scouting it out as a potential tea to take to our Friday Night Dinner Group since we’re (mostly) all trying to be healthier after one of our members had a big health scare in December.

It is moderately tasty considering I am not a huge fan of rooibos, though honeybush is slightly more tolerable. I do pick up sweet fruit notes and a juicy feeling in my mouth…I’m not sure if that is the honeybush or the tea in general. Having some Strawberry Pie from My Sweet Honeybush that I got from Jenn now (totally by coincidence…I wasn’t planning on having honeybush twice today), and would have to say it is probably an effect of the honeybush.

That said, I’m not sure I am going to buy this. I can tolerate it, but I think I would prefer to have an oolong or something instead. Maybe during summer I’ll get this and make it iced…I can sense it would be a good iced tea. I think the juicy mouth watering effect would be refreshing in the summer.

This is the only honeybush tea I’ve ever had, but if it is any indication of what this type of tea is typically like I should really try some more.

This tea, to me, has a very well balanced flavour. It’s more sweet than most of my other teas and very fruity with a lot of subtle flavours. You can really taste the orange peel. If I had to throw some words at it I’d pick things such as “round”, “smooth” and “mellow”. It’s just a great relaxing tea and, since it has no caffeine, I like to drink it before I go to sleep (like tonight).

Further, it’s got a very pleasant aroma, and if I were to rate it based on smell alone it would rank highly amongst my other teas. I also think this would be great iced and will likely try it as such sometime this summer.

This is the first honeybush tea I ever tried, and despite its wonderful smell I was still worried about how it would taste due to its relation to rooibos. Thankfully not only were my worries unfounded (homeybush tastes nothing like rooibos) but HONEYBUSH ROCKS!!

That’s pretty much all there is to this tea. It tastes like what I’ve learned honeybush tastes like (sweet, but not sickeningly so) with a pleasant fruity twist. Shortly after I bought this tea I got Autumn Breeze online from Teaopia ($3 for 50 grams plus 20% off…I so should have bought more than the 200 grams I did buy) and I find that they taste so similar that they’re pretty much interchangeable.

I’m not finding myself very eloquent this review, or at least less eloquent than usual, and for that I sincerely apologise. So here’s my final thoughts: this tea re-steeps very well (for at least three cups), its great cold (although I prefer warm for all my tea), and I can be lazy with how hot the my water is (in fact boiling is what’s needed) as well how long my leaves steep (no bitter taste ever).

Now to answer if I’ll re-buy this tea: if I didn’t have 150 grams Autumn Breeze remaining the answer would be absolutely yes. As it stands unfortunately unless it goes on sale before/after the change over, I’ll be saving my money for other teas that I stand a higher chance of running out of.

Nostalgia in a cup. This was the first cup of loose leaf I ever tried, and I must say, it was the perfect first… I loved to drink this gorgeous blend both hot or iced. It is light and fruity (not too bold, but not too mild). There was something so calming about this tea. I still have a smidgen in my cupboard, that I am rationing, and plan to save the last bit so that I can open it up and smell it when I am reminiscing. My forever favourite.