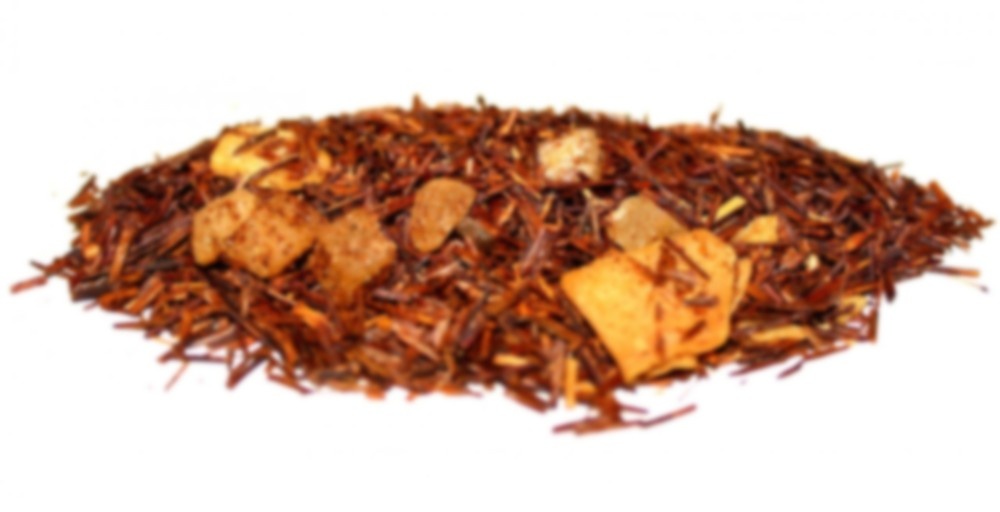 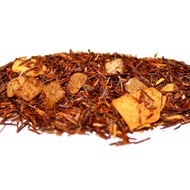 by Della Terra Teas
76
You

Enjoy the taste of a spicy ginger snap cookie in your cup with our Ginger Snap Tea. Combining the flavors of pineapple, papaya, almonds and mango along with ginger and rooibos created the best tasting ginger snap tea. Mmm Mmm, delicious.

Azzrian Thanks for this one!

This is pretty pleasing tot he palate but I wouldn’t call it Ginger Snap.

Strange. Not what I would call Ginger Snap. But fairly tasty.

Too bad, I love gingersnaps…love them with dark black tea…malty tea’s instead of adding sugar, sip and eat.

In honesty today has been far from productive with my time spent mostly watching horror films whilst slumped on the sofa. I now fear it was too lazy…I have a sink of pots calling my name yikes and I need to prepare myself for dinner. Sometimes you just need a rest and most of you will know what I’m talking about.

Before I tackle the pots (I hate washing up) I need something to perk me up. Ginger came to mind as a craving for ginger biscuits ensued so ginger snap it is.

The blend looked like any other rooibos blend but with added large flakes of almond. It didn’t smell of ginger, though spicy it was more cinnamon than ginger.

Once brewed it’s the same story, I taste rooibos, something spicy like pepper and sweet fruit. I’m surprised cinnamon isn’t listed…I’m sure I can taste it. The fruit resembles pineapple with a sour after taste but everything else melds around it.

Despite not tasting like ginger it’s still quite tasty, a nice spicy fruit rooibos blend but it leaves a lot to be desired.

Does anyone else have problems editing posts? My box never has the submit button and the screen will not scroll down to it. :(

What problem have I not had with Steepster…? :-P

It tasted like spiced pineapple to me. And it won’t let me edit ratings either.

Stephanie gave this to me a long time ago in a swap, and I’m just now trying it, but it is actually delicious! I came home this morning from being out and I was really cold. This was the perfect choice to warm me up! I’m not sure I would call it ginger snap, exactly, but it’s definitely a cozy cup! Thanks, Stephanie!

I love Gingersnaps! This is one of the more “unusual” gingersnap experiences I’ve ever had though! Good … but unusual! The natural nutty flavor of the rooibos worked beautifully here, normally I’m not big on rooibos, but, here it works. I thought that the fruit notes in this were a little weird, but they worked as well.

I can’t say that this is what I expected when I opened the pouch to brew up some “gingersnap” tea … but, I still really enjoyed it.

When something has the word ginger in it, I want to taste the ginger. Unfortunately, I’m struggling to find the ginger in this, or anything really. Sweetened I got more pineapple and mango than anything, and zero cake or cookie. Still moderately tasty, just should be called something else (in my opinion).

These ingredients are very strange for a Ginger Snap tea…haha

I think I got just a touch of food poisoning the other night, but we were all out of candied ginger so I asked my husband to make me up a cup of this. That was not the best plan. I didn’t stop to think about all the other ingredients, and it was a lot sweeter and more desserty than my troubled tummy could handle. But, on a happier note, he enjoyed it!

Many thanks to Tea Sipper’s Traveling Tea Box for this tea!!!

I made a pot of this for our evening tea last night. It was delicious! I didn’t get ginger snap, but rather a delicious apple cinnamon richness. I would have told you I was drinking real tea (I love those rooibos teas that are so rich they fool me!). Now that I am here on Steepster and am reading the ingredients list, I see that there are no apples OR cinnamon in this tea! Ha! In any event, it is very satisfying and screams “Fall!” to me. I have a little left for another tiny pot, and would adore having this in my cupboard come turning leaf and chill in the air time :)

This one I tried today BEFORE I saw DT’s sale. (Is DT Della Terra or DavidsTea? I’ve seen them both!) The ingredients in this blend just seemed inspired. But it seems the list of ingredients on the package is inconsistent with what is actually in the bag. The DT site’s description is accurate. Some ingredients left me wondering! There are tons of pineapple pieces. There are a ton of different types of nuts! So be aware if you have allergies. Nutty teas are my favorites so I had to try this one. The flavor is really nice but I’m surprised it isn’t nuttier. If this is supposed to taste like a Ginger Snap cookie, I don’t think it does since it doesn’t have much of a ginger flavor (though I like it better this way!) DT’s rooibos is the best and it doesn’t leave my throat scratchy like some other rooibos blends do. It reminds me of their Nut & Honey Crunch if I remember the flavor but they are both nice to have in my collection since I love them both!

I remembered liking this rooibos so I got some with my latest Della teas order. It’s gingery and fruity and a bit on the sweet side. I like mine with a bit of soymilk added. Yummy! See previous notes for more info.

Rooibos is very hit or miss with me, and this is, unfortunately, a miss. It was too astringent, and while the ginger made an appearance it was overshadowed by the rooibos. I caught hints of sweetness that could be the fruit, but it was only hints. Overall it was just meh.