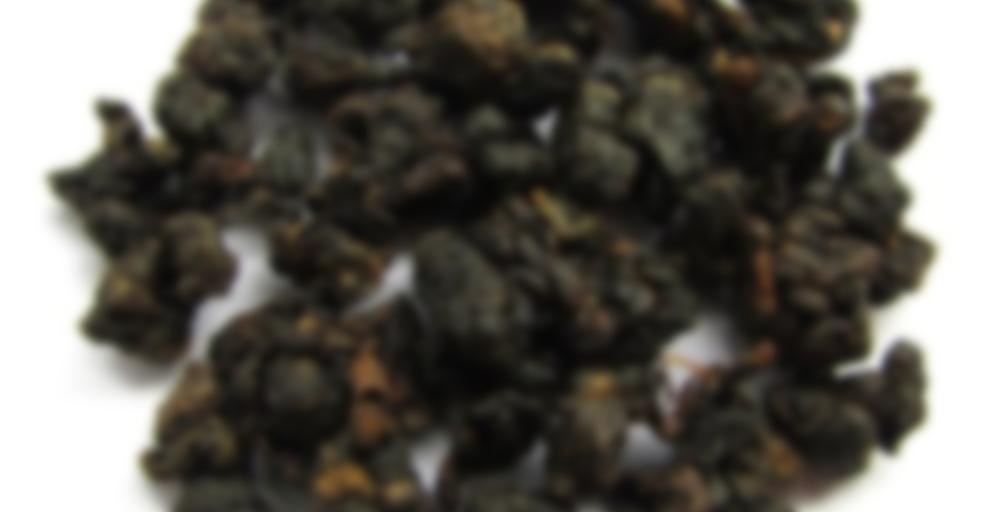 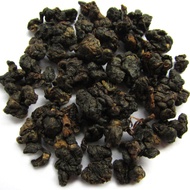 A very smooth black tea with a delightful honey taste, perfect for those who prefer sweeter black teas with little/no malt.

This is a backlog from a couple of weeks ago, and I can not remember if this sample came from derk or White Antlers. I need to start writing these things down so I can thank people properly! Many thanks to whomever sent it!

This sample is labeled Summer, July 2020.

I liked this tea more than most other tasters here did, but perhaps that is because it has been a long time since I have had a good quality unflavored black tea other than the same (good) ones that I drink frequently with Ashman. Because caffeine has been keeping me awake, we stopped having evening gong fu, and there are few plain black teas that he enjoys, so I end up drinking Bailin Gong Fu…..a lot.

And this was just different! It isn’t a bust your chops wake up tea. It has the gentler nature often found in many Fujian and Taiwanese black teas. It is more floral and fruity than savory or roasty. The quintessential “tea” flavor that makes me think of a truly fine Ceylon orange pekoe is tucked in with honey and fruit.

It made a really nice morning mental vacation on a day when I could really use it. (Those are frequent for everyone now!)

Had a free sample long ago and don’t recall writing a note. This was again another free sample provided with my latest order, so thank you!

April 2021 harvest. Dry leaf has a floral roasted honey note. Steeped western, the tea is fairly smooth and sweet. It tastes like floral honey-mixed fruity-brown sugar with a bright almost citrusy (verging orange and lemongrass) ‘black tea’ tone. The floral aspect is roselike; very light cinnamon, brown sugar, cream and wood notes. It’s actually more complex than that, but I’m not in the mood to go hunting. Becomes woodier with a mild tannic edge and a buttery finish in the second steep.

Easy drinker, flavorful but not overpowering.

I’m amazing by your notes. All those flavors in one cup!

Thanks, Shae. If I have more than a sample, I try to get in at least one ‘tasting’ session. I enjoy picking apart teas to an extent. The rest of my drinking is rather unfocused.

gmathis: If I had more than the 5g sample, you’d be getting a package from me. And thanks for the past few correspondences <3

Into a wishlist it goes!
Sounds great indeed. But who has lots of tea now and slowly drinking any?

Honey as advertised, a little. Fruity notes. Pleasant but too ethereal for me in a black tea.

This was one of my sipdowns from either the second half of July or the first half of August. Looking back over my session notes, I kind of feel that I may have been a bit hard on this tea, but honestly, some of the criticisms I outlined still feel kind of valid. Specifically, I found this to be a bland, forgettable tea, and prior to looking back over my notes, that’s what I remembered it as being. All I could specifically recall was that I thought it would be more robustly flavorful and that nothing about it really stood out to me.

Prior to the rinse, the dry tea leaves produced aromas of honey, baked bread, dark chocolate, and cinnamon that were underscored by subtle hints of straw. After the rinse, I noted new aromas of geranium, raisin, prune, and roasted almond. The first infusion brought out aromas of vanilla and violet. In the mouth, the tea liquor offered notes of honey, baked bread, raisin, and straw that were backed by hints of geranium, horehound, roasted almond, prune, and butter. The subsequent infusions introduced aromas of brown sugar, butter, cream, grass, oats, green olive, and orange zest. Notes of dark chocolate and vanilla came out in the mouth alongside stronger and more immediately apparent notes of roasted almond, prune, and butter as well as hints of cinnamon and violet. I also picked up on impressions of minerals, cream, brown sugar, oats, grass, orange zest, caramelized banana, wood, and earth. There were even some very subtle hints of green olive, apricot, and malt that were just barely detectable in the aftertaste. As the tea faded, the liquor emphasized notes of minerals, earth, butter, brown sugar, and baked bread that were complimented by hints of honey, oats, raisin, grass, wood, and roasted almond. There was also a slightly enhanced maltiness present at this point, though it was far from a dominant feature.

I’m still not sure about this tea. It contained a lot of elements that I would not expect to work all that well together, yet nothing about it stands out in my mind. I mostly just recall the liquor being a muddled rush of very muted, timid flavor components that peaked quickly and faded even quicker. At this point, all I can say is that this did not strike me as being all that good of a tea. They can’t all be winners. I’ll just leave it at that.

The dry leaf has a mild scent of cookies with a hint of chocolate. After the rinse, the smell is different – very fruity. It has a little bit of Longan fruit note to it. As the leaves open up, it becomes even more prominent and oolong like, but never too pungent.

The taste is also akin to fruity dark Taiwanese oolongs, fairly sweet, fruity and nectar-like. The finish is actually somewhat savoury, although the sweetness then returns in the aftertaste. Unfortunately, I found the body to be quite light, despite the large amount of leaf I used. Definitely thinner than I am used to with Taiwanese teas.

I would say that this might nevertheless be a good choice for casual drinking, especially if you like darker Taiwanese oolongs.

edit: This tea also works really well with a 10 minute simmer as the last infusion. It brings out the roasted notes a bit more and creates a more balanced and richer brew with a little bit of bitterness. The smell of this infusion somehow reminds me of blueberry cheesecake :D