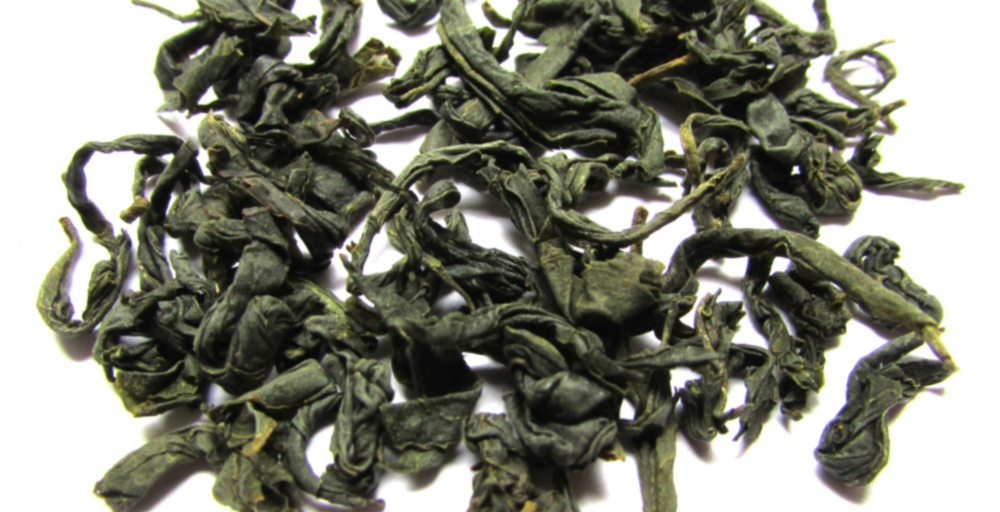 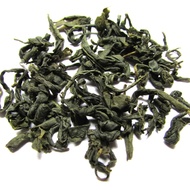 A more affordable, yet still brilliant Korean green tea from the Daejak picking.

A larger leaf Korean tea from the Daejak (fourth) flush, subsequent flushes are less prestigious and hence cheaper than previous flushes. As the leaves are bigger than earlier flushes, a greater number of steeps can be achieved.

Sourced at a discounted rate from another UK retailer who imported it direct from Dong Cheon, Korea. Dong Cheon is a tea factory which processes tea from a co-operative of over 80 farmers. It is the factory processing which makes Dong Cheon teas more affordable compared to other Korean teas.

Brewing Advice:
- Heat water to roughly 70°C/158°F
- Use 1-2 teaspoons per cup/small teapot
- Brew for 1-2 minutes
- Always remove the leaves from the water once the tea has brewed
- Re-use the leaves multiple times and increase steeping time with each subsequent infusion
- Best without milk
We always recommend experimenting with any new tea, to find the parameters which suit you best.

Good but not a rush to get again. Lovely sample to get though. I can only describe it as a green somewhere between Chinese corn/grass/hay and Japanese broth/vegetal/soupy.

My What-cha teas are all really old now (it was a 2017 order) so I’m trying to move those to the forefront. I know green teas are not prime for aging but I really like greens, whites, and oolongs as cold brews, so I opted to cold brew this one. 5g in 32oz of water, steeped overnight and strained to make ice tea.

This is a delightful cold brew. I’m getting a very nutty flavor from the tea, with notes of roasted nuts, particularly chestnut and walnut. There is a brisk and refreshing vegetal background, that is sweet and subtly spinachy. The flavor reminds me a bit of genmaicha… a sweet grass paired with toasty rice, even though this has no genmai in it.

Very tasty and a refreshing cold brew tea! I was going to use the rest of the sampler as a warm cup, but now I think I’ll just make another cold brew batch with it.

Thank you M. What-Cha for the May 2018 sample! I’ve never had a Korean tea outside of glutton-sessions at the KBBQ.

Nice, light green tea made for a quick polishing off of this sample. Brewed western, 2 tsp to 8oz at 160F for 3 short steeps was a little drying with corn/husk, an oat creaminess and a lingering, superficial almost stevia-like sweetness in the back of the mouth.

Gongfu brought out the nuances. 4g, 150mL, 160F, no rinse and didn’t keep track of steeps (6?). Leaf after first steep smelled of anise, almond, seaweed, toasted corn. In the mouth, I could taste the oat creaminess again, grass, lettuce, minerals, nectar sweetness, white pepper (strangely well defined), corn, blanched almond and a hint of malt. Faded away pleasantly throughout the steeps and was less drying than western.

Somewhat delicate and easy-sipping that would make an excellent palate cleanser.

I really love the raw dry leaf scent from this. Coming off just having a milk oolong, I smell similarities. Buttered spinach. Veggie goodness!

This reminds me of a Sencha Karigane. There’s just a slight roasted taste to it than a sencha. A very easy to drink drink. I followed the brewing instructions to the T. I have only had another Korean tea. I know I will want to try more!

Here is a review I have been sitting on for several weeks now. After I finished a sample pouch of this tea, I decided to hold off on posting a review here because I was not entirely sure where I was going to go with the numerical score. Part of that uncertainty was undoubtedly due to the fact that Korean teas are entirely new to me. As of today, this is still the only Korean tea I have tried, thus I have nothing to which I can compare it. For what it is worth, I found this to be a very pleasant, soothing green tea.

Now that I have admitted that this was my first Korean tea of any sort, allow me to also state that I knew absolutely nothing about traditional Korean tea preparation at the time I tried this tea. I still know nothing about this subject. In terms of preparation, I used the brewing method outlined on the pouch by Alistair and expanded on it. I started off with a quick rinse and then steeped 3 grams of loose tea leaves in approximately 8 ounces of 158 F water for 30 seconds. This infusion was chased by 45 second, 1 minute 15 second, 2 minute, and 3 minute infusions. I used the same water temperature for each infusion.

Prior to the rinse, the dry tea leaves emitted aromas of toasted corn, hay, and grass. After the rinse, I started to pick up on an emerging scent of seaweed. The first proper infusion brought out a slightly stronger seaweed aroma on the nose. In the mouth, I picked up on delicate notes of grass, hay, toasted corn, and seaweed. I noted hints of malt, cream, and spinach lurking in the background. The second infusion brought out stronger aromas of toasted corn and grass on the nose. In the mouth, the notes of hay, grass, and toasted corn were significantly stronger. The underlying hints of malt, cream, and spinach were still there, though they were now joined by touches of straw, oats, barley, and lettuce. There was also something of an almost honey-like sweetness that lingered in the mouth after the swallow. The liquor produced by the third infusion was very light on the nose. In the mouth, the flavors became substantially more muted and the mouthfeel of the tea liquor was much creamier. A hint of minerality started to emerge. On the fourth infusion, the nose was quite weak and mineral scents were starting to become apparent. Notes of seaweed, minerals, and grass were stronger in the mouth on this infusion. Occasional hints of toasted corn, oats, and barley could still be found. The fifth and final infusion displayed a very neutral nose and mostly offered vague impressions of grass, minerals, and seaweed in the mouth.

I would not call this a particularly deep or complex tea, but it was still very enjoyable. To be fair, I ordered this tea on a whim not knowing anything about it or Korean teas in general and then tried it without doing any serious research pertaining to Korean brewing methods, so I doubt I did right by it in terms of preparation. Hopefully I did not bungle it too much. All in all, I thought this was a very nice green tea, but as this tea served as my introduction to the world of Korean teas, you should definitely take my review with a mountain of salt and seek out the opinions of others who have more experience with teas like this one.

If I had to sum up this tea in one word, it would be corn. There’s all sorts of corny aromas and flavors going on here.

After a quick first steep of 30s, I got what tasted like warm grass and creamed corn. The corn intensified in the second steep, this time with corn husk and silk notes and accompanied by toasted rice. The flavor smoothens out in the next two steeps and becomes more of a sweet corn on the cob affair.

This was a fun tea to drink. Compared to Chinese and Japanese green teas, there’s less of the vegetal and umami taste you typically encounter. I could see a resemblance to genmaicha in its toasted corn notes. I prefer grassier green teas so I won’t be seeking out this tea in the future, but it’s worth sampling to experience the unique flavor profile of Korean tea.

Received a sample of this from a tea friend and drank it a few weeks ago. I really need to get back into the habit of just directly putting my tasting notes here instead of saving them in email drafts and notes on my phone.

Anyhow. 2016 harvest. 4g
The smell of the leaves is sweet in the bag, and they take on a slightly buttery aroma once poured into my brewing vessel. The dry leaves are rather dark and chopped-looking, and they produce a light gold liquor.

The first steep tastes of sweet chestnut, and that persists into the second steep to be joined by an almost rice-like or grainy flavor. It kind of reminds me of having a bowl of cereal.

Overall, this was a really interesting tasting green tea that I enjoyed. Thanks for the sample, Hoálatha!

I really enjoy Korean green tea; they have wonderful aromas. I don’t remember where I got this, but I discovered it a little bit ago. The leaves are vibrant and loosely rolled with a warm scent of dried seaweed, roasted chestnuts, almonds, and kale. I warmed my kyusu and scooped some inside. The directions said really light and really short steeps, but I disagreed. The drink was a nice pale jade with a roasted aroma. The taste is very very thin and sweet. The brew lasted about two steeps and yielded a cup of light grassy notes and slight florals. The base was starchy and roasted corn, but it was very faint. This is a very easy drinker, and it is nice for night time sippin, but I wouldn’t get any more of this.

I like them too. They are not as severe as Japanese greens, yet gentle and indeed aromatic. Try Morning Crane Tea, I believe he is on Facebook. His premium sejak is incredible although I haven’t had it in the past 2 years, been busy with my oolongs. Happy sipping

I’ll give them a peek, thanks!

One of the best green teas I have tasted so far. The toasted corn aroma and grass notes are right up my alley. A great tea to drink every day.

Toasted, lightly buttered corn and a vegetal grassy note dominate the palate. The liquor is thin, but fairly smooth. I found it appealing and was reminded of genmaicha with a strong green tea base.