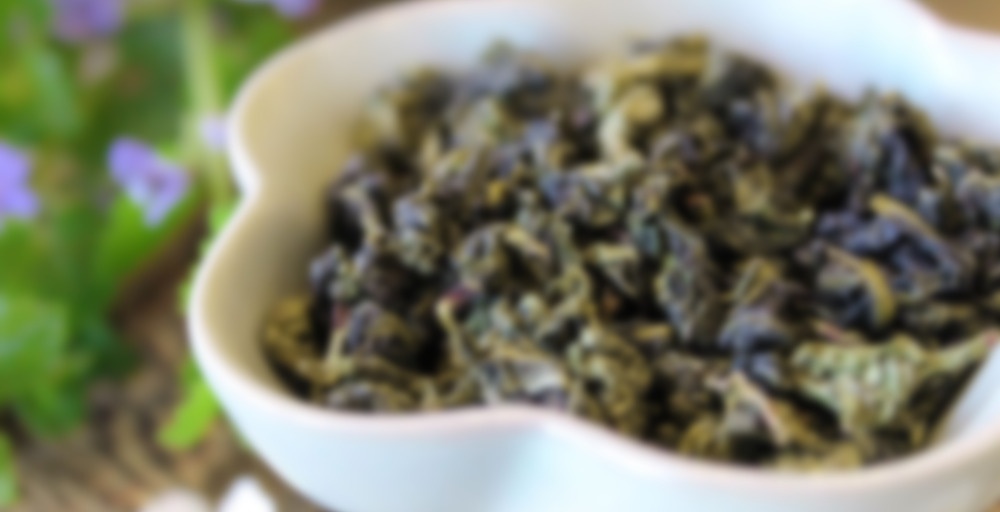 by Verdant Tea
86
You

Perfect Spring Tieguanyin is a celebration of all the flowers and smells of the spring- lilac, fresh young grass, warm sunny fields. These aromas confidently unfold on a creamy rich base. The aftertaste lingers like sweet grass and honeysuckle. There is something sensual about this tea in its heady florals and creamy texture. It is nostalgic for young romance, stolen night walks through gardens.

The flavor continues to grow in complexity with key lime pie and lemongrass citrus, and buttery kettle corn. This tea steeps out for hours, yielding a full day or sipping. Enjoy Tieguanyin at the peak of its freshness and see what Anxi and Master Zhang strive for in the craft of tieguanyin oolong tea.

I picked this up a couple years ago and it unfortunately landed itself in the back of my tea cupboard. Today I finally dug it out and decided to try it. This is an amazing spring tea – very floral and fruity and just reminds me of sunshine. There’s a few grassy notes as well, which is a huge reason I love oolongs.

I brewed this western style because I haven’t perfected my gong fu technique yet.

Edited to add: This tea keeps going and going. I got 6 infusions out of the first scoop of leaves! I haven’t gotten as many out of the second scoop because I left the leaves for a couple days before continuing the infusions.

This tea just kept getting better with each steep! I’m not a huge fan of oolong/tieguanyin teas, but I actually enjoyed this! :)

The floral notes in this tea are very balanced with the overall taste. This is a huge plus for someone who tends to be shy when it comes to TGY because they can be packed full of floral notes. Overall, I really enjoyed this tea; enough so that I am resteeping it as I give into my gaming addiction :/

i hear ya, sometimes i feel like i’m drinking perfume when it comes to TGY

Like: grassy, green vegetal notes with a side of something bake-y, or maybe rice?
Dislike: floral jasmine blech!!
Now that I can actually enjoy jasminesque teas without feeling ill, I can safely say that the aroma and taste does not appeal. I find it offputting. So this tea is rather disconcerting to me, having so many aspects I enjoy, and others I detest. Hmph. Anyone want some? I am more than willing to share!!!

I drank this one (#22) yesterday with the same method that I used on the Early Spring: lazy man’s gongfu, dumping each of my short gaiwan steeps into a big cup to drink. I will say I let this one steep a bit longer each time than the last one, mostly because I was concerned I wasn’t getting enough out of the leaves. Whether that is to blame for my tasting is unknown (we are talking 10 second instead of 5 second steeps, still increasing by 5 seconds each time, though).

Basically, I found this one to be kind of lackluster, especially in comparison to the Early Spring from the same year. It was less floral, less sweet, less buttery, less spectacular. Way more vegetal. It was a reasonably tasty, fine, servicable cup of tea, but I expect mind blowing from these oolongs. I thought I had some 2013 spring picking, but apparently I only had the early spring picking? I don’t quite know what’s up. Only the 2011 picking is in my ratings. I did have a few different Autumn pickings from previous years, so maybe that’s what I am thinking of. (What do you know, I found my receipt from spring of 2013 and it only has the early spring and the previous year’s autumn pickings)

Yup. It was fine, just didn’t blow my mind. And I thought I was crazy! Can my reward for finishing comps be gong fu of ALL THE OOLONGS? My list is just getting longer, dang it!

The smells of Spring are all around me, and I’m inside! Fooey! To combat the doldrums, I thought I would drink a little Spring instead, since I no longer feel the need to horde this sample, since my preorder is on the way!
First steep 30 sec: The smell is much sweeter than the first time I had this tea! Probably about 60% of the sweetness in the smell of Quanzhou Milk Oolong from David’s Tea. The flavor is much fuller, and the liquid actually has a mouth-filling and smooth texture to it. The taste is very slightly floral, kind of like the general breeze during this incredible Spring we are having here in Ohio! I could finally taste the sweetness once the tea cooled a bit. A vast improvement over the last time I brewed this!
Second steep 40 sec: The floral nature of this tea has burst into the scent of it. It is now a full bouquet of lilacs and fruit tree flowers (not the spicy kind of floral, or the sweet, but the stately!). The flavor is also much more floral and a sweet aftertaste lingers. I’m having a hard time not gulping this down. It is good! A touch of minerality is beginning to creep in as it cools, along with a more ‘green’ depth to the flavor. This cup is so good, how did I miss it before?
Third steep 50 sec: Way more minerally, but the sweetness is deeper and lingers longer. Starting to taste the ‘leafiness’ of a steeped-out tea. I think only one more steep, this one isn’t nearly as nice as the first two.
Fourth steep 1 min: Yup, steeped out. Pretty much just leafy-tasting with a bit of sweetness left over.
Still, this experience was phenomenally better than the last time I brewed this tea. I think my cheap-skate-ness causes me to chronically under-leaf. Didn’t even know what I was missing!
Bumping this score up some!

A high quality TKY for sure but not as complex as I would have hoped. The leaves are surely hand picked and judging but the calming effect I would say this is probably gaoshan cha or close to anyway. I got the generic basic TKY flavor with a little more sweetness and a little less roast as you would guess from the appearance but just no big shockers here maybe my interests have just swayed. I would defiantly drink this tea again maybe seasonally in spring when it is fresh again but I can’t see myself buying it.

Didn’t peak my interest enough personally but if you like lighter TKY this is definitely your tea. It was faintly floral with a very light vegetal sweetness like celery and a slight dry nutty finish like raw walnuts.

High quality for sure and from a fairly high altitude with little to no roast to really show off the freshness but just didn’t wow enough to warrant purchasing.

Definitely an oolong. I wasn’t sure at first because the package doesn’t say so but based on the leaf and the taste… yea it’s an oolong. What an amazing oolong! Hints of coconut. A slight sweet flavor I can’t quite define. Grassy, earthy goodness! Second steep with same leaves. Each time I smell and then sip I think of a green house. Different floral scents and flavors

I’ve been sampling a lot of Verdant’s teas over the past few days (in a frantic attempt to decide what to order for their Black Friday deals!). This was one of the teas in my 5 for 5 sampler. It’s a very classic oolong, on the greener side. The strongest note I noticed in the aroma was floral; I often compare a note like this to orchid, but Verdant’s comparison of lilac works well. The liquor was a beautiful pale green, and the taste was light and creamy, with a very similar floral note coming through in the sip and in the aftertaste. (There was also a subtle hint of something juicy beneath the floral notes, maybe a slightly citrus tang?) I enjoyed it a lot more than I expected to, because I’m such a newbie when it comes to appreciating the greener oolongs.

I won’t be ordering more of this particular tea just yet, since I think I’d be better able to appreciate it in the spring or summer. (I tend to be on a roasted oolong kick this time of year.) But this is a lovely tea. It makes me want to explore Tieguanyin more in the future!

Got my Verdant order today, just bought this tea with the giftcard I got from Their BF/CM sale. Will be a long time before I run out of this one. One of the better floral teas I’ve had. Really enjoying it tonight! ^^