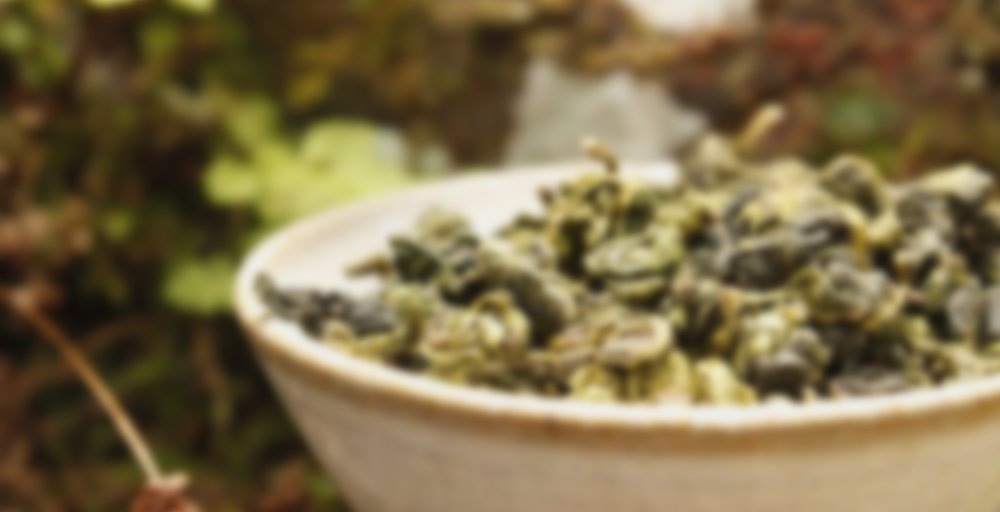 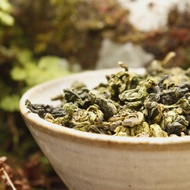 by Verdant Tea
87
You

with 35 Ratings Rate this tea Rate This Tea

The most sought after flavor profiles in Tieguanyin tend to be creamy and floral, but on our last trip to China, our Tieguanyin expert Wang Huimin was lamenting the rarity of tangy Tieguanyin. When she was younger, more farmers were working to coax a potent tangy edge from their leaves. We asked Wang Huimin if she could find an example we could share before the floral spring harvest comes in and she was ecstatic.

This Gande village (Anxi) Tieguanyin has a rich, tangy smell like fresh-baked apricot bread. The first steepings have some of the spicy citrus notes of heicha (dark tea), complimented by creamy undertones. The initial burst of citrus leaves a sweet and cool aftertaste.

The tea really picks up in the second and third infusions with a thicker body, tangier orange notes, and a candy-like sweetness similar to key lime pie with graham cracker crust and whipped cream. In later steepings, a darker woody or nutty flavor begins to come through with fruity apple notes.

This is a departure from our usual saffron-cream orchid profile Tieguanyin from the Bi family, meant as an intriguing counterpoint to demonstrate the diversity of flavor even within a single Tieguanyin-producing village. Take the opportunity to try something different before the late spring and early summer bring back the rich florals for which Tieguanyin is so well-known.

Today I decided to revisit the Month of April selections from the Verdant TOMC. I’m gradually dismantling the file boxes that I’ve been storing those teas in, drinking through each month & then moving any teas I still have from that month to join their brethren in the shelves that are organized by type. So all the Tieguanyins will share a space, for example, instead of having them spread out in TOMC files, etc.

The April TOMC box featured 3 oolongs, with this one being the first.
Nuggets of green & gray, with a lighty green & floral aroma. Once I warmed the leaf in a hot dry Gaiwan, essence of apricot & yellow spring flowers arose.

The early steeps were lightly sweet & floral, with a tangy Apricot that gradually built up, so that the middle cups were thick, sweet, & tangy, with a pinch of salt. Later steepings took on the flavor of cream & apricot, with a citrus after-glow.

I admit it: I’ve never done the super-short steeps on oolongs before. Why? I am greedy. I want all the oolong RIGHT NOW. Sometimes that works for me.

Tonight, what’s working better is a quick steep on this amazing tieguanyin. I am getting much more orchid and fruit than I ever have before, on my greedy Western 4-minute steeps. And cream. Oh, my: this smells like a quangzhou milk oolong. Exquisite.

Announcement: I’m changing my username from Aeoliana to TeaKlutz. I considered DragonPearlKlutz but damn, that’s long.

Anywho, tieguanyin. This wound up being a sipdown.

I’m so embarrassed. Here I am, prancing around thinking I’m turning into such a fine-palated tea connoisseur, and then I go and turn a high-end, finely made oolong with a fresh/green/fruity flavor profile into something that tastes EXACTLY like the microwaved pesto tortellini I had for lunch. I know it’s me and not the tea, because I’ve made the tea before without it tasting like pesto.

Reason #74 Holly Needs Her Gaiwan To Arrive So That She’s Forced To Actually Pay Attention To How Long She Steeps Her Tea Instead Of Walking Out Of The Room While It’s Infusing Like An Uncultured Moron.

I was just thinking I hadn’t added someone with that name!

Haha, yeah, I figured I would confuse people/get mistaken for a glitch unless I said something. Especially since I think I’m about to change my userpic too. :P

Sipdown! I’ve had this tea for so long haha, the boyfriend and I have had it many more times than I’ve logged it too. It’s actually one he requests quite often. He started with it today, and i had a cup here as well. So creamy and good.. I’ll probably order more of this around black Friday, it’s a nice tyg to have in the cupboard. I still have one from butiki I need to try, so I won’t be entirely without tieguanyin! See previous notes on this tea :)

It feels like a long time since I’ve logged a tasting note. This past week I’ve mostly been drinking Phatty Cake from Mandala and this fantastic Tieguanyin from Verdant!

The orchid notes in this are very strong and the sweetness lingers for a long time after every sip. The mouthful is incredible on this tieguanyin, creamy and thick.

One of the things that’s fascinated me the most about this harvest is the color of the liquid. It’s a really vivid yellow, even with short steeps (15 seconds). Almost an unbelievable shade of lemon, as if it can’t be natural (but is).

This poor, poor tea. It didn’t deserve what I did to it this weekend. I tried so many different ways to heat water during our 36-hour power outage, but getting water hot enough to properly steep it just wasn’t in the cards.

The closest we came to a proper cup was when I stuffed extra tea lights into my teapot warmer, but even then it would only be lukewarm once it did everything it could do to steep.

I did manage to get a little crafty, but alas, without tea:
http://wordsabouttea.blogspot.com/2013/12/beaded-tea-infusers.html

We did 8 days without power some years ago, courtesy of a wicked ice storm; one of the coldest and most miserable weeks I can remember. We grilled soup. The first real cuppa when the lights came back on was heavenly.

Yeah… a miserable time. Sorry you had to go through that, but glad to hear you made it through okay. Like you, I’m delighted it’s over! I’m very, very grateful that we’re back up. There are still something like 130,000 customers still without power down here. It’s funny… we roughed it more in Dallas than I did living in Alaska!

Cute addition to a tea infuser!

I’m not exactly sure which year this tea was harvested. The sample package just said “autumn.” But since it’s fairly late into 2013, I figured this must be from 2012. The dry leaf aroma is floral green oolong at its finest! The brewed tea aroma is more subdued since I did a quick one minute infusion.

The first sip was like an explosion of flavor in my mouth! At first, it was super sweet and creamy. Then it morphed into a floral, silky, green oolong. Finally, the aftertaste had a metallic tang to it. This is mouthwateringly good! Mmmm! I can tell that I am going to thoroughly enjoy this sample.

The leaves completely unfurled during the second infusion for two minutes. The flavor has changed slightly, but it’s difficult to describe how. I suppose it’s a little less metallic and a little more floral. In any event, it is still super yummy! I did a third infusion for three minutes and a fourth for five. Mmm mm! I could drink this every day!

This is so fresh. Its like a salad in liquid form, with a well rounded greenness to it. I might hunt this down sometime, as its very nice.
Thanks for Fuzzy_Peachkin for letting me try this.

I am not totally sure this is the one I got – no year mentioned, but it´s from a sampler pack, which I got a couple months ago, so probably 2012 indeed.

No brewing instructions here, used half the pack and am doing multiple steeps – it´s an amazing high quality tea, it´s giving and giving. It expanded incredibly as well. And it is wonderful but I am totally baffled by it, I am getting very very floral notes, unlike the description and other reviews. It smells to me like spring bulbs, hyacinths maybe or daffodils, very sweet and sort of wild. A bit tangy, yes, but very floral to me, which is just weird when reading the descriptions.

whatever it is it sounds really nice

It is lovely, really high quality, high class tea. Just strange that my experience (hyacinths! really. I love hyacinth scent so not a problem) is so different than what i was expecting.

Tea #7 the From the HHTTB

Well, I’ll be! I’ve already tried this one. I knew I tried a tieguanyin from Verdant, but I thought it was a spring one, not autumn. But no matter, because since then I’ve developed an unexplainable change of heart towards naturally occurring floral flavor, provided that it’s not over-the-top. I rated this one pretty high before, an 80, but it’s so much better than that. This one’s a keeper.

I’ve loved every TGY I’ve had from Verdant, especially since I’ve figured out my favorite brewing parameters :) this is one of my favorites for sure!

Yay glad you liked it! I tried including somethings I thought you would enjoy.

Thanks BrewTEAlly. :) I’m a hard one to please when it comes to tea. I scavenged the box thoroughly for all the non-desserty teas. And thanks too for leaving the gyokuro for me. I’m saving that one for last!

Anytime. I never really have time to truly enjoy multiple steep.and fine teas except fridays and mornings of some saturdays but I usually am busy with errands:(