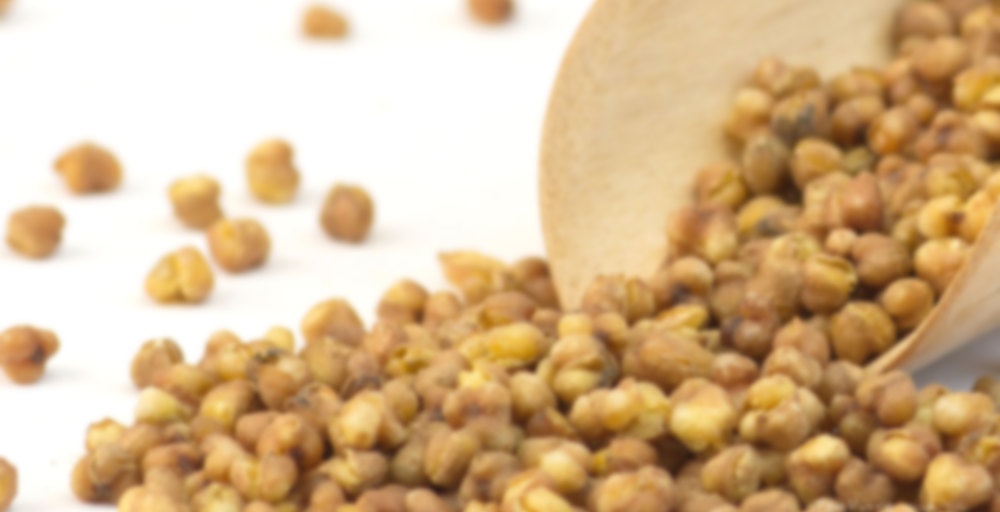 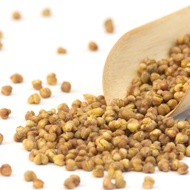 Preservation method: Store in cool, dry place away from sunlight

Whole-embryo black buckwheat tea is totally made from whole embryo of tartary buckwheat as material, by puffing method after stripping the chaff (similar way as making popcorn). The finished grain-like buckwheat seed tea show yellow and have an intriguing wheat fragrance. Black buckwheat is higher rich in bioflavonoid, vitamin, cellulose, protein as well as other trace elements than other types of buckwheat tea , so it is praised as the “ king of the five cereals“.

Am I tea, or am I soup? This, I feel, is walking a thin line. It feels like a very thin ‘buckwheat’ minestrone.

Whatever it is, it reminds me of my younger years microwaving Ready brek every morning before trundling off to school . Or babushkas toasting buckwheat slowly over a fire.

It’s nutty, it’s malty, it’s like congee in a teapot. Thick with ‘bits’ in and that nice sweetness you get from those weird roasted pyramidical seeds. It has the hint of a buttery can of creamed corn.

A nice change of pace, but I’d avoid putting in your nice Yixing pot. You don’t want it turning blue do you? Probably best in a gaiwan, or just throwing it in a cup.

All that said, it’s very tasty.

I started off with a sample and ended up buying a big bag of it. It has a dual purpose for me as a tea and cereal. I really love this. The aroma of the dried grains is of buckwheat, nuts, peanuts, a little sweetness of honey. There is a distinct peanut butter aroma, taste. It has a yummy rich nutty roasted-toasted flavor. It’ll be part of my stash for a long time coming. Very comforting and well, it’s healthy too so that’s a plus.

Yup hehe. Can make hot cereal out of it. There are porridge recipes with it on the net. Sometimes I just sprinkle it in yogurt or in kefir.

Interesting! I haven’t tried to eat this one yet.. but I agree this is a cupboard staple.

I love soba (buckwheat) added to sencha… it tastes like a roasted peanut genmaicha to me!

Ooooo, that sounds interesting! I have had buckwheat tea but never ate it!

@tea-sipper and @ashmanra
I first got the idea from TeaVivre’s site where is says edible hehe. After that, I googled buckwheat recipes… Etc.

@Mastress Alita I have never tried it in sencha. I will now. :)

I’ve loved buckwheat tea since the first time I tried it, but I feel like I don’t come across it that often. I’m all over it when I do, though! The flavour is hard to describe – kind of cereal-like, toasted wheat? This is as good as any I’ve tried, although I find that the flavour doesn’t vary all that much between brands. It’s not really tea, after all.

Additional notes: I had the idea of adding some matcha to buckwheat.  So I used both of Teavivre’s.  I brewed up the buckwheat and stirred some matcha in when the cup cooled.  It’s a great concept to combine these two.  But I might have used too much matcha so I can’t really taste the buckwheat.  But it certainly doesn’t NOT work.  It’s the flavor of matcha with the flavor of buckwheat. A hint of matcha would have been better.  Then later I will just brew up a second steep of plain buckwheat for a caffeine free toasty treat.  I hope all the fine people at Teavivre are staying safe from this virus!

I love love love this one, tea-sipper. I tried to order it from the US store but alas, they just returned my money for now due to the coronavirus.

It looks like they are shipping teas again from their usual site? (I was looking for info on how they were doing and happened to see it. They also are having a Buy1Get1 on green teas.)

Ooooh ok, thank you for letting me know! <3

Because I’m still working on sipdowns, I just order my cupboard essentials and this one is definitely one of them :D.

I got an e-mail from Angel today (as many probably have) saying that everyone from Teavivre is doing okay! So that is great to hear. I do really appreciate their precautions about shipping tea.

:D That’s such good news! TY for an update.

I like the flavor of soba (buckwheat) with sencha. It’s a bit like using genmai, but I find it a bit sweeter with a more peanuty flavor than the toasted rice provides. They are similar profiles but both tasty!

Got some of this from the Here’s Hoping TTB and drank it the other night. Very warming, soothing and easy to drink. It had a subtle, robust, nutty sweetness and sort of reminded me of houjicha. I could definitely see myself drinking more of this from time to time.

Mmm, buckwheat. It looks like these little guys would be at home in a genmaicha. I can hardly resist chomping on a couple of these while I wait for my water to heat up! Crunchy!

I’ve never tried a tea of this type before. The smell as I brew it reminds me of cornbread or some kind of baked good. As others have mentioned, the flavor is oaty and bready, though not bitter. It’s kind of sweet, actually!

I don’t expect this to be a particular surprise or a wow, just a smooth, mellow, bready drink without caffeine. Good to maybe relax to, but not for focused drinking.

Another sample courtesy of TeaVivre ‘s generosity. I’ve never had a buckwheat or grain based tea before so this was an interesting one for me that I was quite curious about. It has a roasted grain flavour that reminds me of steel cut oatmeal. It strikes me as a comforting and cozy tea for winter time but just a tad too bland for my preference.

I’m not a huge fan of the bitterness than comes from the deep roasting in this tisane, but I also like the complex grainy malt flavour. There are interesting (and expected) flavours of toasty sweetness, dried grain/corn husk, and chestnuts. Very interesting to try, but maybe not something I would keep around all the time.

Haha it does sound kind of creepy

And now everyone has gone, Rita has returned to Peru and Ben’s parents have returned to their other home in Madison. This means I have the house to myself, well for a little bit, at the beginning of November Ben’s awesome cousin and his fiance will probably be turning into housemates, which is fun. Luckily they are both really cool people, so sharing the house with them will be fine with me (not that I leave the bedroom very often, but still) plus more people to share tea with!

Today’s tea is not a tea, well it is in the whole ‘it is a thing you steep then drink’ sense, but it is not made from Camellia so technically it is not a tea, semantics! Teavivre’s Black Tartary Buckwheat Tea Whole Embryo is a fantastic little grain that can do double duty as a drink and a breakfast. Fagopyrum tataricum is a species of buckwheat, meaning it is not a gluten having grass, it is also considered to be bitterer than common buckwheat, though I have never found it so. I adore this stuff, of the various grains I have steeped Tartary Buckwheat is probably my favorite. The aroma of the kernels is delicious, it smells like peanuts, toasted wheat, honey, and…well…buckwheat! The aroma reminds me a bit of peanut butter Captain Crunch, but unlike that cereal I can enjoy it without it cutting my mouth (seriously Captain Crunch, you kill my mouth.)

Into a pretty glass teapot the kernels go, usually I have problems with this teapot’s astronomically slow pour, but since it is really hard to oversteep this stuff I was not sad about using it. After they have steeped and the kernels have softened and expanded, the aroma is very tasty, if you are a fan of cereal. Which I am. There are notes of toasted grains, honey, cereal, and definitely peanut butter. The liquid without its seedy goodness is very sweet, strong notes of peanuts and toasted wheat with a caramel and honey finish. I adore how sweet this stuff is, and how it smells like peanuts.

This time of year just calls for this kind of drink, autumn and toasted grain goes together like peanut butter and bread. Which conveniently is what this steeped kernels kinda tastes like! With a thick and smooth mouthfeel and a soothing feel, this is the best thing to drink at 4AM when your region of the world is experiencing its first freeze. The taste is wonderfully sweet, like a honey and peanut butter sandwich on a nice toasted grain heavy bread. Unlike a lot of herbal teas I found I could get more than one steep, though the later steeps require a very long steep time so the liquid is rather cool by that point. Still super tasty though when chilled! One of the best features of course is the cleanup of the buckwheat, just grab a spoon and eat a tasty midnight snack.

For blog and photos: http://ramblingbutterflythoughts.blogspot.com/2016/10/teavivre-black-tartary-buckwheat-tea.html

This one sounds fun.

haha yeahhhh, it is an interesting way of just calling it a seed. Gotta love those translation weirdnesses