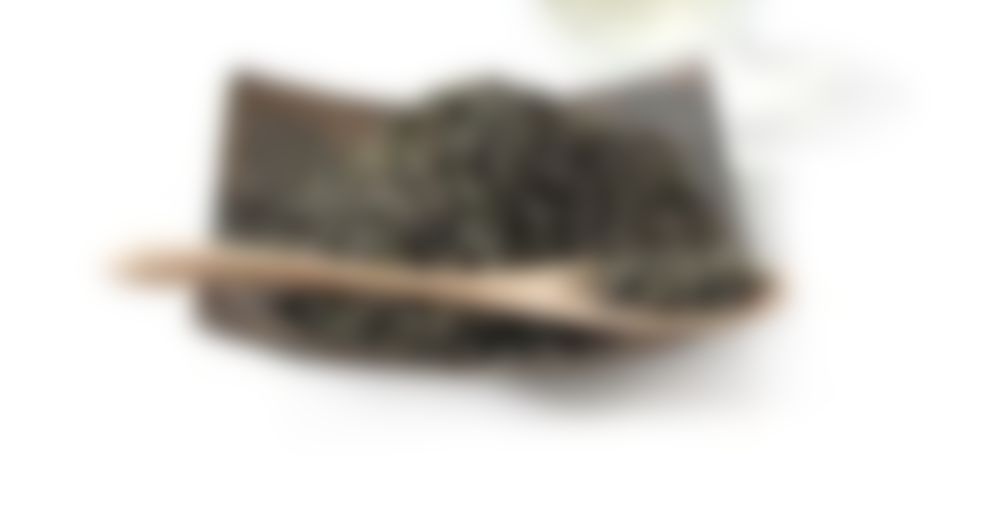 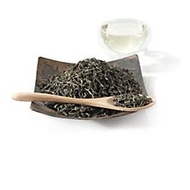 This wonderous handmade green tea from the Fujian Province evokes the essence of a low lying mist kissing rolling hills of tea during harvest seasons. It is an organic, young downy green tea that will thrill your senses.

Sipdown no. 91 of the year 2014 and one I actually get to remove from the cupboard!

It was a good companion on several commutes and for running errands on weekends. Au revoir, sweet green tea!

Bumping up the rating because this one literally left a good taste in my mouth. ;-)

Another teabox selection, I have only ever had one other mao feng and I was not impressed. They are waaaaay too light for my tastes.

This one still is, it’s at least kind of better because it doesn’t just taste like hot water to me. There was sweetness for sure, and maybe I could get just a little hint that it was grassy.

There’s a bunch of mao fengs between the two boxes which is kind of funny. I think there are two others and I will probably try them all.

This one I’ll definitely give at least one more shot, I think I will try it with a shorter steep and maybe a bit more tea.

Ahhh I am just so grumpy today which doesn’t work when you should be in a good mood about going to Florida in four days, right?

Ah, Florida! I hope you have a great trip!

I steeped this at 195 degrees for 90 seconds, and the resulting tea was very pale in color with just a slight grassy flavor. I should have trusted my instincts and steeped it longer, but I was worried about bitterness. I do have enough tea left for one more cup, so I’ll give it another try with a longer steep.

Backlogging (and, based almost entirely on my longer term memory. This one, too, has been a long time coming …)

Date of Purchase/Age of Leaf: Purchased at their 2010 end of year sale at a discount, and brewed up during most of 2011.

Color and aroma of tea liquor: A clear yellow, tinged with green.

Flavor of tea liquor: A good sweet, vegetal flavor. It always held up well through three steepings (which is my standard number of steepings for my daily green teas).

Appearance of wet leaf: After buying and analyzing the leaves of unflavored green teas from Tea Trekker and Seven Cups, I noticed how most of the leaves and buds of the teas from those tea retailers were unbroken, and very fresh looking (even their older teas which I got on sale). So when I looked more closely at the leaves of this tea from Teavana I was surprised to see that the color of the leaves was a little pale, and that there were a number of bits and broken leaves, not many buds or bud sets, and quite a few stems (the teas from Seven Cups and Tea Trekker had almost none). I don’t exactly know how that affects the overall taste, if it does at all, but I suspect smaller/broken pieces won’t keep as long as there is overall greater surface area which can be exposed to air. But then again, who knows? Maybe it doesn’t matter. At least it didn’t seem to affect that taste.

Blends well with: I often blended this with other higher quality/fresher green teas, and it gladly took backstage to support the more noteworthy flavors of the accompanying tea!

Value: Although it is no longer available, it was not bad even at its regular price (I think it was a little less than $4/oz), but at the 50-75% discount, this tea was a bargain.

Overall: This was more or less the standard unflavored green tea I brewed up for much of 2011, and I am grateful for it’s exposing me to what a decent green tea has to offer. It was not finicky, had no off-tastes, or was ever astringent. Although I have a little of this left, having in the intervening months learned much about what to look for in a quality green, I have since moved on to other teas (strange, but in a way I feel like someone who just ‘dumped’ this tea for another. : – } ). Still, Teavana’s Three Kingdoms Mao Feng was my my first reasonable-quality, pleasant-tasting, loose-leaf green tea, and I will never forget it for the joy it gave me (I almost feel like I am giving an epitaph! Weird …).

This was my very first experience buying from a Teavana, and I will never forget it. It was the day after Christmas, my wife and I were walking in the mall, and she (not me) noticed Teavana had a 50% off sale. It never occurred to me to go into their store, as their teas are all beyond my price range. We met the best tea sales person I have ever met (Sean), bought four tins of tea at 50% off, and we walked out happy (and remained happy), having bought the Three Kingdoms Mao Feng and The Citron Sinota without even having tried them (A big risk, that happened to pay off). Anyway, it was a joyful experience, and I want log it as such. ; – )

Ended yesterday with this tea, so I decided to start with it today :) It’s still a solid choice – light and soothing. Perfect for easing into a Sunday.

Once again I’m in Ohio, and once again alone. Tea makes being alone better. Tea also makes being together better.

This stuff is nice and grassy, but I’d recommend any Teavana shopper to spend the bit of extra money on Dragonwell.

A nice light tea that reminded me of oolong, but honestly I’ve avoided green teas and have sipped more oolongs than green. Or anything more than green teas. But I love oolong so it’s a good thing this tastes like it. But maybe oolong tastes like green tea?? This is the only Teavana I’ve tried, but since it is so expensive, I probably won’t be trying much of it! I’d rather try the smaller shops anyway.

Quite a nice every day all day tea. The leaves smell great,slightly grassy but not like lawn clippings more grassy and wet in a sense that gives a feeling of walking through a wet forest or in the hills after a rainfall,lovely. Steeping it smells just like wet earth and brews into an extremely light almost rain-water looking cup. I don’t know what it is about this tea and the rain maybe a placebo effect of the description but it’s exactly how it looks and smells. For such a light tea it has a great flavor,very light green vegetal taste and I definitely get a hint of bamboo shoots and more maybe wet leaf but in a great way taste.
Overall this is definitely nice enough to brew a pot up and just enjoy throughout a whole day.

This is a solid, but light, daily drinker green. Gentle chestnut and vanilla aroma, with warm rain. Soup is an even straw gold. Flavor is satisfying, buttery and smooth, with a bit of bamboo shoot and almond. Not overly intense or complex and good for the price. My everyday cup at work.