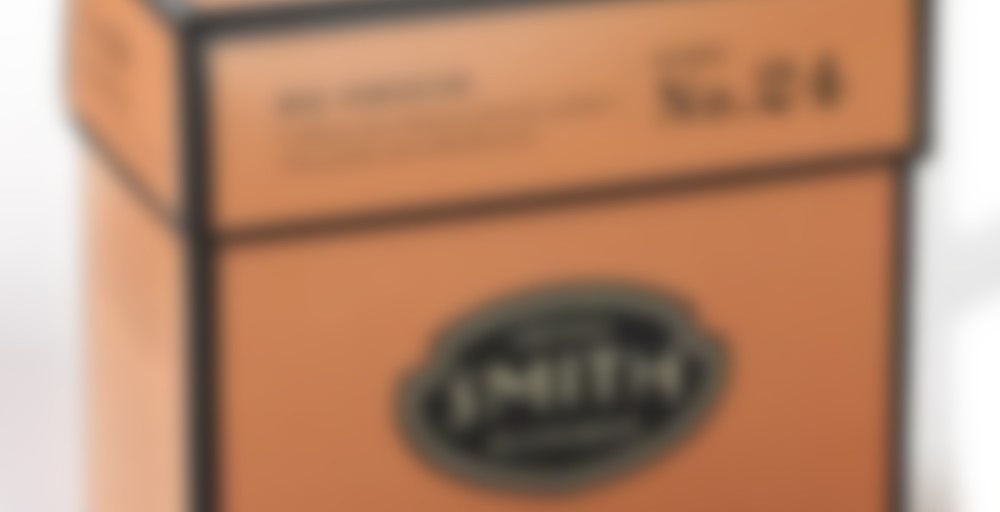 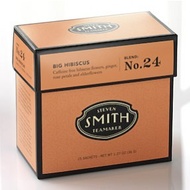 by Steven Smith Teamaker
67
You

I picked up a sampler of Steven Smith Teamaker teas to give a few a go, and getting home late in the evening, this was the first I’ve had a chance to try. I don’t normally love hibiscus. It’s something I have for the color more than the tea, but in this case I quite liked it. The flavor profile shifted as the tea cooled, and I enjoyed it throughout the cup. Looking forward to the next evening that requires something herbal!

Big Hibiscus comes to you with a very odd smell in the bag. Initially you get the lush, rich hibiscus to be sure, hung with the accents of elderflower and rose like a particularly favored courtesan. Yet there’s this strange mustiness that you just can’t shake off. It’s the fault of the Indian sarsaparilla, most likely. In the cup–which yields a very seductive wine-y liquor–this off smell dies down and you can discern more of the ginger. (Mm, ginger. Smith has definitely caught on to how ginger goes well with everything.)

What a punch! In every sense of the word. This courtesan has some wild proclivi-teas, and she’s more than ready to show you how it’s done… Full review: http://snooteablog.com/2013/07/23/snooty-tea-review-steven-smith-tea-round-3/

Sampler Sunday! I only had one teabag of this, and after being impressed with my Steven Smith Teamaker tea yesterday, decided I’d have this for my herbal tonight. But I do have to be in a certain mood for warm hibiscus — I perfer it iced — so this afternoon I dropped the teabag in a cup of water to let it cold brew. It is now a vibrant red and has probably had ample time to cold brew given I usually brew four cups of iced tea at a time and this was just a single cup.

It smells lovely. I can smell the sarsparilla, which is one of my favorite notes in a tea, though I don’t think I’ve ever had it paired with hibiscus, so I’m curious about the flavor. It also has a somewhat floral aroma. The flavor has that nice tangy flavor I enjoy (you know me, I’m a huge hibi fan!) but there is definitely a softening sweetness to this tea, as it isn’t as tart as many of the more fruity hibi teas I’ve tried. It doesn’t have that really strong “fruit punch” taste to it either… there is the typical hibiscus fruitiness, but the sarsparilla brings in more of a… soda sweetness/creamy feeling? They are two flavors that one wouldn’t think would fit together but they oddly do. Almost like cherry soda, except not that sweet or extreme, but a bit of that vibe. I’m not really picking out any particular floral notes from the tea, but I do get a floral sweetness from the tea.

I don’t think stalwart hibiscus-haters would be converted by this, but this is a hibiscus tea that has a lot of natural sweetening elements without using the other most-hated ingredient on Steepster, stevia; it is quite surprising how much balance the sarsparilla brings and I do think it brings out a somewhat “natural” cherry soda element to the tea when cold brewed. With sweetener added that may be even more prevalent, but I like it fine as is. I’d happily stock more of this to cold brew by the quart over the summer, and probably will when I visit Steven Smith Teamaker on my Portland vacation this coming summer.

Not much to my surprise at all, I’m not really into this tea. It’s super tart tasting with this God awful licorice root sweet finish that crawls down the back of your throat and lingers for far too long than is comfortable. Bleck.

Ewww, hibby + licorice! Definitely doesn’t sound appealing to me either.

I can’t wait to drink this one, I’m probably the one person on Steepster (aside from derk, maybe?) that can drink hibi and licorice with no problem. :-) I only have one tea bag, but I’ll probably still ice it when I get around to it.

This tea taught me that I’m not a big fan of flowery teas. The hibiscus taste is, well, big. If that is your thing that you’ll love this tea. It’s sweet and slightly sour, smells like medicine at first, but doesn’t taste that way. It’s complex and I’m sure there are some that would really like it. I could drink this if I had to, but wouldn’t choose to. Just personal preference.

You have to really love hibiscus to enjoy this tea – the name does not lie, it is certainly big. 1 sachet can make a whole pot of tea in fact. I love hibiscus and Steven Smith brings out the flower’s tart cranberry flavors.