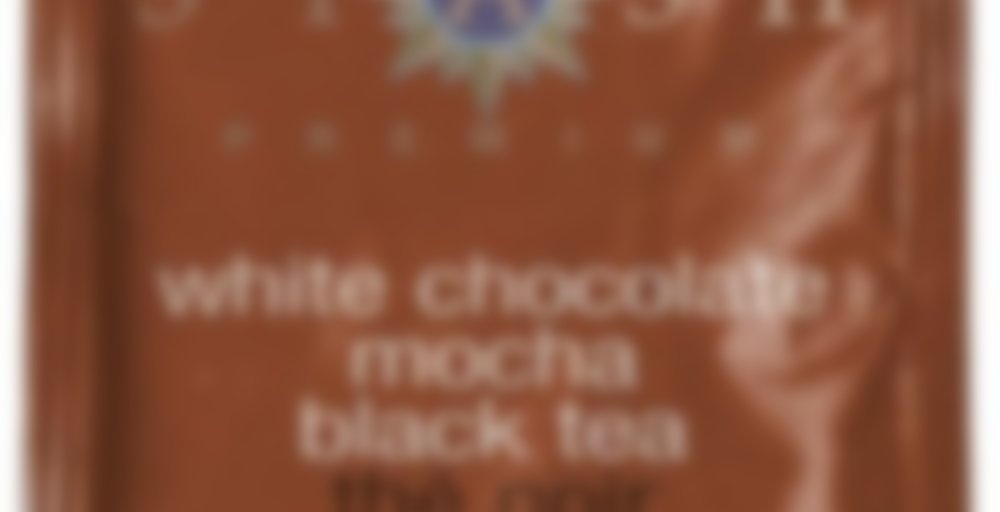 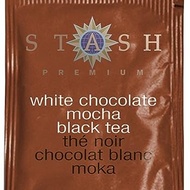 From Stash: Delicious blend of black tea, cocoa shells, natural coffee and chocolate flavors with a touch of cinnamon, is love at first sip. Add a splash of milk and a bit of sugar for a rich and creamy guilt-free treat.

this is a tea that must be had with milk, but only non-dairy milks with vanilla flavoring, because the artificial vanilla flavoring of said non-dairy milks masks the base flavors of the tea. this is my first review on this website and the tea is absolutely atrocious; never trust a bagged tea that promises well-rounded or even interesting flavors. respectfully. i’d try to brew the tea for longer and at a lower temperature, but i literally boiled it according to the instructions on the box. maybe if mixed with a coffee in a dirty chai kind of situation this tea could be nice, but other reviewers are correct in saying this tea tastes like dirt.

This is tea 19/50 I bought in a Stash Assortment. My disappointment with the assortment continues. Tasted like weak coffee. Very little chocolate flavor. S did not like it.

You know those brownies with the sprinkles and tarry fudge on top that everyone remembers as good only because nostalgia clouds their memories? Yeah, this smells exactly like that in the bag. A bad omen. It smells sort of less like late 90s after school playdates as steam. And the color is pretty. This is unfortunately the nicest thing I can say about this teabag.
By the end of brewing, this stuff smelled passably like hot cocoa mix, and I was expecting it to be alright, like I wouldn’t grimace if someone handed me a whole box.
It ain’t alright. There’s a muddy black tea taste at the front of the tongue, which a smear of chalky chocolate rapidly paints over. I don’t know how this is supposed to taste like white chocolate whatsoever; there’s none of that creamy sweetness. There’s a walnut ghost again, which I now think is the cocoa husk’s huskiness. The aftertaste is of coffee.
It is not what I want out of tea, or cocoa, or coffee. It’s a sadder hallway for the walnut ghost to haunt and nothing better at all.

The best way to describe this tea is “meh.” It isn’t bad, but it isn’t awesome. I think my biggest gripe is that it is a very weak tea. Stash is notoriously weak in my opinion. This tea tastes okay, but I wouldn’t buy it again and don’t crave it like I do my other teas. It has a very muted chocolate taste, like gas station hot chocolate where too much water was added. It also has strange floral undertones which I find compete with the already light chocolate flavour. And mocha? I don’t taste any coffee at all. It is a drinkable tea, and I will use it up but I wouldn’t buy it again as I prefer a stronger cup. This might be your jam if you like very very light tea.

First attempt at this one wasn’t particularly successful…thin and not much mocha. However, I wasn’t being especially attentive to preparation or drinking, either one. This may need some beefing up with milk and sweetener. We’ll save a final judgment call for a cup that I wasn’t guzzling while working on a writing assignment, tending to laundry, and making cookies.

The cookies turned out fine…this season, I’m missing my mom and sister so for some unknown reason, I am compensating by making some of their Christmas recipes that I remember fondly. (Mind you, I generally do not cook or bake; I reheat and assemble.)
The cookies in question are made in a skillet, not in an oven—like Rice Krispie treats with dates, gumdrops, and nuts, rolled in powdered sugar.

I took them to my Sunday kids at church … got two polite “I don’t think I like them” but the rest got snapped up pretty quickly, and I got one “Do you have any more?” and one “Can you give my mom the recipe?”

Very thin, tastes almost like coffee grounds in water. The mocha flavor with more chocolate would make an appearance occasionally, but not enough to keep drinking the cup. Maybe improved with milk? The flavor is conflicting because my brain keeps wanting it to be a creamy coffee drink. Tasted 10.2018

Stash is discontinuing this flavor, so I figured I’d try it before they did.

I’ll drink the rest of what I have since it’s not terrible, but it’s not like I’d stock up on it before it’s gone.

My first time tasting this tea I used about 8.5 oz of water and added nothing to it it was horribly disappointing, this time around I used a little under 8 oz of water and steeped it for at least 7-8 minutes using boiling water. Then I added a bit of ceylon cinnamon, penzley’s spice mixed cinnamon , and a bit of Silk unsweetened vanilla cashew milk. I found that this method really brought out the tiramisu/white chocolate flavor undertones. It is a soothing sugar free dessert at bedtime.

My introduction to this tea has been awful. It tastes like wood with fake chocolate and artificial sweetness. It is also bitter. What in the world did I do wrong? I brewed it at 205 for 4 minutes, which is within the recommended parameters. I tried it with and without milk- just gross. As in barely drinkable. This is the sachet version- not even sure if it comes loose leaf. Either way, I’m scared to go for round 2- please send help!

I LOVED my first cup of this tea. I was thrilled! Finally — a chocolate tea I was thrilled about…and then I made myself another cup another day. It was awful. I thought I did something wrong. Where was the tiramisu flavor I so thoroughly delved into and swam through? Where was the delicious chocolate and coffee?! WHERE?! WHAT HAD I DONE TO MAKE THE FIRST CUP SO GLORIOUS?! Alas, I could not replicate the first cup’s heavenly flavor and aroma. This tea is awful and depressing. I stuck a sticky note on it that read “FREE!!!!” on my condo’s entry hall table and some poor soul took it. Maybe they had better luck?