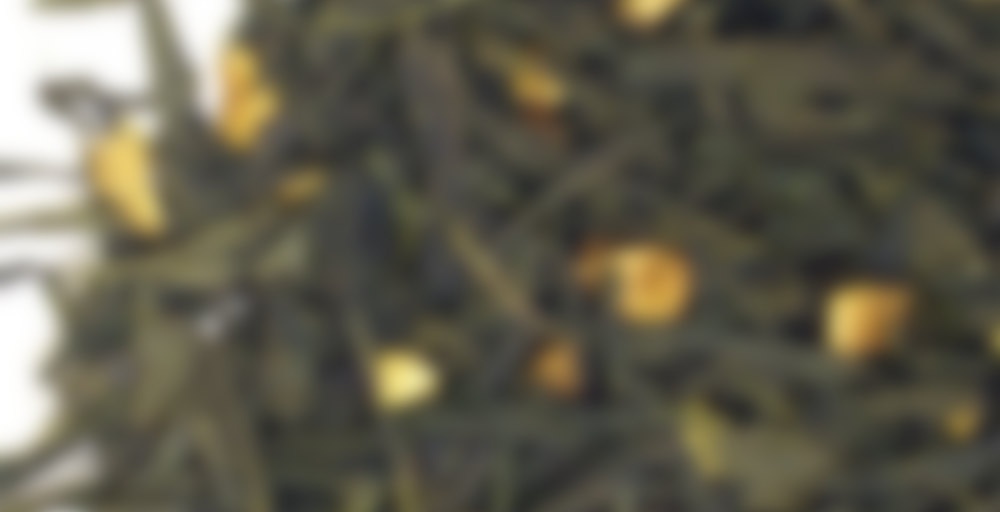 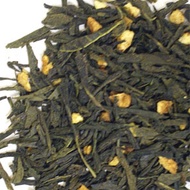 This is a new version of our popular Hot Cinnamon Spice. We start with Chinese green teas and then add three types of cinnamon. The result is lighter in body than the original black tea, but still with bracing hot cinnamon flavors.

A miserable cough and cold has struck the females in the house. I have been drinking lots of this hoping to strengthen my immune system, and I am the least miserable of the lot of us so I guess it is working. This and the Taiwan Ginseng Oolong from Teavivre seem to help me beat colds, so I will keep drinking them! The ginseng of the oolong and the cinnamon of this one gets past the stuffiness and you can taste it!

I hope you feel better!

Thank you! I don’t feel too bad, but the cough is wicked and now I have pretty much dropped three octaves voice wise, which is not great when you are a voice and piano teacher…

Hope you all feel better soon!

Seems like there is a lot of that going around right now. Hoping for a speedy recovery! :)

Thanks Courtney for the sample! I was curious about this as I like the Hot Cinnamon black tea, but wasn’t sure how the green would compare.

Apparently it’s just a milder version! The cinnamon is hot but I can still taste the green base behind it. I couldn’t tell you what kind of tea it is as I’m not a green tea expert. I don’t think I’d switch over to this version, but I’m happy I was able to try it out!

Tea of the afternoon…..

Yes, I am a Hot Cinnamon Junkie. I finally figured out that I would probably love this green as I am quite enamored with the black and herbal versions. Yes, this is good. The tea base is lighter than the black, a hint less rich tasting than the herbal version, but still oh so good. I am not sure how they get this to taste so sweet without adding anything, but I don’t really care. I just know I love my Hot Cinnamon Teas! There will be a pound of this one in my future. I had a friend over who tried a sample, and she loved it, too. (I sent home some of the Hot Cinnamon Spice black tea with her!)

Teapot method with about 180 water and 3 minutes.

Paul Harney don’t tell my husband…. but I love you. I love Harney and ALL his Sons for that matter. The only person who might love you more is JacquelineM and I love her too for her wonderful reviews of your teas that introduced me to you to begin with. :))

I had a cup of pu erh a while ago and wasn’t thinking about what I would try next and then that knock at my door came that wonderful, glorious knock the knock you’ve been waiting a week for! I froze and then broke out in a full sprint It’s from you Mr. Harney (I won’t tell my husband that you keep sending me these lovely little gifts it’ll be our little secret) that is until my husband sees my C.C. statement.

So I decided since I just had pu erh I better go for a green and I selected the Green Hot Cinnamon Spice and what can I say it is so perfect. It is the exact same essence of Black Hot Cinnamon Spice only milder way MILDER and I love the black H.C.S. but this is perfect when you need a cup of green tea or if you just don’t like the black version> I think it was Jillian who didn’t care much for the black H.C.S. and if she were here right now I’d pour her a mug and reassure her that just because the black was not her cup of tea don’t give up try this cup of Green H.C.S.! It’s smooth yet spicy a MUCH better version of Teavana’s White Ayurvedic Chai/Samurai Chai Mate. Don’t worry Mr. Harney I haven’t been cheating on you with Teavana I pledge to you that after drinking your Green H.C.S. I won’t betray with that White Ayurvedic stuff anymore just please don’t change!

There’s only one thing I would change about you as with most guys your a little hard to read as in your suggested steep times and temps. LOL such a great tea!

I received a sample of this tea from Courtney and I knew this would be one I’d fall in love with. I really love anything cinnamon: candy, cookies, toast, but I only expected a slight cinnamon taste behind a nice green tea. WRONG! This tea tasted very much like cinnamon heart candies, which has always been a favorite candy of mine.

I couldn’t taste any amount of green tea, but since I felt like I was sipping liquid cinnamon heart candies, I’m not really complaining.

I believe this was my first introduction to Harney & Sons and it gave me a very good impression of them. I noticed some of their teas at an online book store I order from quite often, so I’m very excited to try some of their other teas.

Yes! This one is awesome. H&S does green teas amazingly well in my opinion.

This tea tastes so much like Big Red gum, it’s like I just chewed on a fresh stick. Amazing.

It reminds me of Hot Lips, but I actually think I like it better – without the hot spice, this is just delicious cinnamon. I would order more of this for sure, if there was a way that I could do it where I wouldn’t become incredibly irritated.

This is a sample from Soccermom. Thank you so much for sending these. Wow is this amazingly like cinnamon candies. Makes me really want to go find some cinnamon hearts (I couldn’t find any this valentine’s day). I really enjoy this drink, it is right on in the cinnamon flavor. I’m not tasting much tea in this, there is so much good flavored cinnamon, so I don’t mind, but not tasting much tea. I can’t wait to compare this to the Black Hot Cinnamon. Thanks again Soccermom for the chance to try this tea. Definitely tastes like it says it should, but not sure it’s one I would drink too often.

I was really impressed by this one last night. The cinnamon was lovely and spicy but there was an awesome sweetness that went with it.

The sweetness was quite apparent but the spiciness really offset it perfectly. I’m not always in the mood for cinnamon tea but last night this really hit the spot. Of all the H&S teas I’ve tried thus far this would be the only one I’d consider re-ordering. Yum!

I’m a huge fan of anything cinnamon and love the original black tea version of this hot and sexy tea. However, since I typically enjoy green teas more I purchased this – and I’m not too proud to admit I ran out the sample within one day! This is a great alternative to the spicy original; I change up my morning brews every so often and added this into the rotation. YUM!

I have had the bagged H&S black cinnamon spice at one or two restaurants before, but this was before Steepster and my desire to try all the teas and find which I like best (IMO you can’t find the best because everyone has different tastes).

Anyway the tea was delicious, I love it dearly, deliciously sweet even without sweetener.