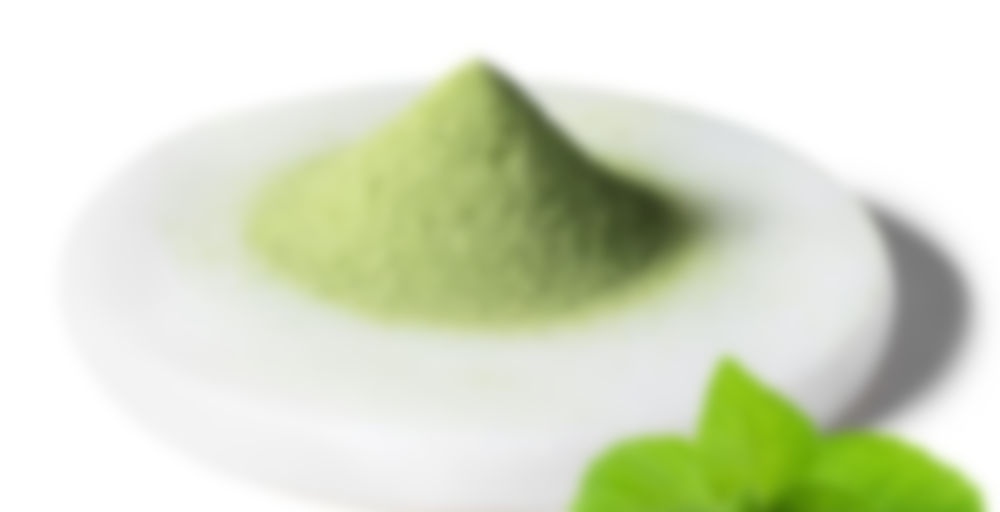 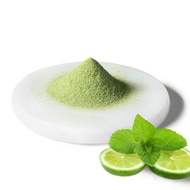 Wild mint meets notes of freshly squeezed lime in this strong yet refreshing flavoured Mojito Matcha.
What makes it great

This energizing green tea powder is a delicious way to fuel up.

The perfect summer treat for anyone with a sweet tooth.

Minty, cooling & fresh, with the tea flavour of matcha in the background.

Tried it iced, tried it hot. Definitely not a mojito fan

Had this one this afternoon and honestly just too much mint + sweet for me. I’m always up for trying new things though…and husband thought it smelled really good. Just not for me. I prefer my mojitos fresh :)

Wait just a minute now…what happened to my review of this? I know I wrote it. Maybe it refused to post and I intended to come back and review it again.

This isn’t as “spearminty” as I would have liked. I originally thought maybe they used English mint or spearmint + peppermint oil but I’m not sure. The mint and lime are both there. The only thing that I think would improve this is either some rum essence or whatever 52Teas uses to make their cranberry soda herbal. That citrus flavour that makes it taste like 7UP would be perfect here.

I made this as a matcha soda with strawberry Perrier. I wasn’t sure what to expect but it’s really good. I expected matcha flavor since this is a rare time that my matcha isn’t in a latte or smoothie but the drink is just so light and bright and fruity and flavourful. Mint is definitely at the forefront but sweet comes from strawberry and lime pairing nicely together.

Firstly – I just have to get it out of my system that I think the concept for this tea is so cool! It feels really unique and innovative and, while I don’t mind the “raspberry” or “vanilla” matchas of the world, it’s the matcha flavours that I haven’t seen other places that are the ones that really excite me.

When I first learned about this tea, prior to it launching, I had never seen any tea company carry a Mojito Matcha. I know now that Steeped Tea carries one, and I would love to try it to compare the two – theirs uses stevia leaf which I find really interesting. A part of me would love to know who began developing theirs first; the timeline between conception of idea to finalized blend to, then, launching that final blend can vary DRAMATICALLY. Honestly, it doesn’t even matter though – I think it’s just kind of cool that the two companies independently of one another both had this insanely unique and cool concept – especially because it looks like the approach was pretty different.

I think a lot of people probably also know that I really disliked DT’s mint matcha and, in general, I’ve really only even found one mint based matcha that I’ve ever liked (Spearmint S’cream from Bird & Blend) so while I immediately loved the idea for this tea I was very uncertain if I would actually like the taste. I really believed for a very long time that mint matchas simply were not for me. The only route I saw where this would work for me personally was if the lime was the strongest flavour with just a hint of mint.

However, this was not what ended up happening. Instead, I think that the mint is by far the strongest flavour with more of a hint/splash of refreshing and bright lime. However, with that said, I LOVE IT. It’s definitely a sweeter mint flavour, and I get more of a spearmint type of vibe from it over that crisp peppermint that I was expecting. It reminds me a bit of those Spearmint Leaf gummy candies. I hated those candies as a kid, but as an adult I find them really enjoyable. Palates change over time. I would honestly put this in my top five flavoured matchas of all time; and it may be tied with Rose Matcha as my favourite DT matcha ever.

The only cons, for me personally, are that I simply cannot envision this working as a latte and I do really love a good matcha latte. I haven’t tried it that way to confirm, but it’s just one of those flavours that you kind of instinctively know isn’t suited for that method. It’s good hot, but it’s great iced so that’s how I would primarily recommend trying it. I’ll probably still try it as a latte at some point just to see. It also works really well with lemonade for a super refreshing summer flavour, or with a bunch of different kinds of alcohol to make matcha cocktails: gin, vodka, and white rum…

What a great and pleasant surprise!