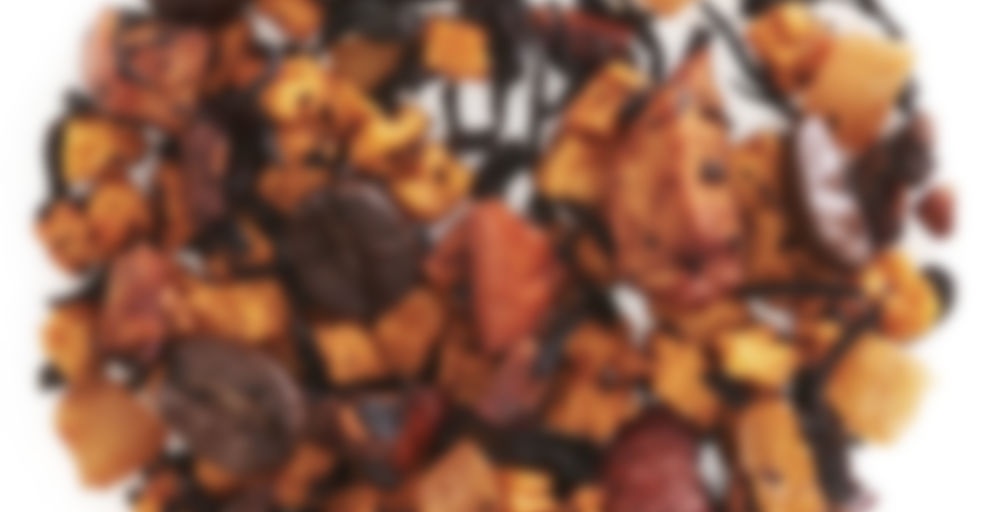 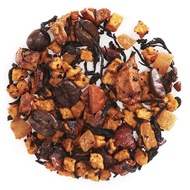 Want the sweet and creamy flavour of a French vanilla iced capp without the sugar crash? Try this full-bodied, java-spiked black tea on for size. Laced with real coffee beans, it’s a refreshingly guilt-free way to indulge in your fave hot weather pick-me-up – just whip it up into a decadent iced latte to see what we mean. Time to get your frapp on.

With less caffeine and sugar than the classic iced capp, it’s the perfect way to satisfy your cravings guilt-free.

Starbucks Vanilla Frap…is this you? I don’t drink a lot of coffee, can’t handle the caffeine. But I have had a vanilla frap from starbucks 3 or 4 times…years ago. I think this tastes like I remember. I like it..and it’s low caffeine. This one I am glad to have a larger size of. I’ve been drinking right though my sampler set. I had a back up of Davids Chai- which I don’t like and gave to my sister- not sure if she will like it, and this. I can’t wait to dig into it. Almost through with my sampler now. It does have artificial vanilla- probably helped by my vanilla sugar, which I make with tons of vanilla beans..It has a nice coffee flavor.

The initial taste is very much like coffee – but the aftertaste is a very full vanilla!

I really like this tea! I added two packets of stevia and a bit of unsweetened almond milk and it tastes divine. Very smooth and creamy.

Smells like coffee, tastes like heaven. Made into a plain oat milk latte and it is sooo good. Also tried with chocolate oat milk and also so very good

Our annual New Year Star Trek marathon was a big success. I bought this tea for my sister, and she shared a cup with me. It has a nice coffee flavor, though not enough vanilla to deserve being in the name. Really I don’t notice vanilla at all, though it does have a nice desserty flavor. I’m enjoying it as a latte. Still prefer their fireside mocha flavor, but this one is quite decent.

A Star Trek marathon sounds amazing! They’re on our list before we head back to work as well. :)

We always try to pick episodes we haven’t seen in a while, which is difficult since we watch a lot of Star Trek :P

I love it! Also, rewatching things I’ve seen before is all that I do haha! We’ve watched the newest three Star Wars at least 4-5 times each since the holiday began XD, now we’re watching all the Marvel movies in order. ;)

7 and 8 are two of my favorite Star Wars, so I can definitely embrace that! I have to wait a bit longer to watch 9 again because I’m pretty annoyed at all the wasted potential.

My heart is broken over episode 9 too. I still watch it, but I’m so upset by it and to think this cast may not come back, I just can’t handle it!

DavidsTea Advent Day 7. I’m going to be lucky to finish all three tea advents by the end of January.

The coffee is strong in this one, with a sweetness I generally don’t prefer but feel like works well for the tea. I’m not a big fan of vanilla and this artificial version doesn’t much help. I could brew it and just smell it all day, if nothing else.

Latte sipdown with a whole lot of whipped cream (248)

I was worried that the apple and pineapple and rosehip would curdle milk for a latte so I asked Roswell Strange and then got impatient and made the latte anyways and topped it with a bunch of whipped cream. Then Roswell Strange informed me it was part of an Iced Latte Collection and I can see it.

I am a bit shocked this actually has a lot of vanilla and coffee flavors. People are obsessed with this in the DAVIDsTEA fb group and while it is good, this is not a flavor profile I personally would reach for very often. Yet I am enjoying this latte very much, despite this actually having stevia in it since I think the coffee provides a nice counterbalance to the sweetness that stevia contributes. Plus, the milk could be muting it too. This is a nice tea but I don’t need more of it.

I’m hooked! I got this because I like vanilla, not sure I’d like the coffee taste. The coffee taste is so mild and the vanilla is so smooth! I started drinking it at work and before I knew it I’d had 4 cups!

Cold brew in oat milk overnight. Stevia taste is a bit too forward. Prefer AffagaTea from Bird and Blend.

Grabbed this puppy on sale. The first time I drank it was when I was helping people move, and let me tell you, this isn’t a Refreshing Help People Move Drink.

It tastes more like creamy coffee than a cappuchino, but it’s still pretty good.

This morning I’m not helping anyone with anything. I’m wearing pajamas and trying to work up shower-energy.

No, this is not a Refreshing Help People Move Drink, I agree. Haha.

Picked up this and the other two latte teas recently… pretty sure I got a newb tea guide because a) he forgot the tea type stickers on my bags, and b) he gave me way more tea than I asked for, which I let slide, but really didn’t want/need. I asked for 10g; he asked if 14g was ok, and then said that he probably couldn’t get exactly 10 (as if, every other tea guide can do that like a pro). I went along with it and said I just wanted two cups worth… and for the other two, he gave me massively heaping spoonfuls, to the tune of 20 and 22g. Basically double what I wanted. Clearly trying to hit some sort of sales goal, which again makes me think “new”, because I don’t get that sort of attitude from others. Anyways, what’s done is done.

So this tea. I previously remarked that it seemed to be pretty similar to Bird & Blend’s Affogatea – but it looks like that note, and a handful of others I wrote at the time, never made it to anyone’s dashboards (when your notes have 0-1 likes, it’s very telling). But yes – it was very much like an iced cappuccino, which is what this tea is also touted to be like. I think this tea might be a little more pleasant-smelling, which may simply be from a little more sweetness (there’s a bunch of apple chunks?), but very much creamy coffee. As I guessed – this tea is sweetened, which makes it different from the B&B version, which was completely unsweet (and which I found to be a problem, though certainly a preferable problem to an overly sweetened tea!) It’s also a little lighter on the coffee, but there were probably twice as many beans in my cup of Affogatea, so again, not surprising. I probably like this one better, even though I’ve only had the tiniest of sips as it’s quite hot. I’m going to add milk to it shortly, since it’s supposed to be a latte (I’m obviously not making a latte, but I think a good dose of milk will give me the gist), and will update my note at that time. Until then – reasonably pleased with the flavour here, especially since DT has had a bunch of coffee-flavoured teas that completely dropped the ball for me.

ETA: added 2% cow’s milk in a 1:4 milk:tea ratio. It’s yummy but I expected it to be. Going to put the rest in the fridge to ice, just for curiousity. This is likely my favourite of the new teas; the others didn’t really stand a chance.

ETA again: Drank the last chilled, but I think I preferred it warm. It just tasted better, and the flavours were more unified. Cold, it was more like milk + flavouring.

Hmmmthis Ishtar be worth me trying, I so rarely go into DT anymore.

IMO it was surprisingly good. Probably not keep-in-my-cupboard level good, but worth the try! I’d avoid the other two from this collection.