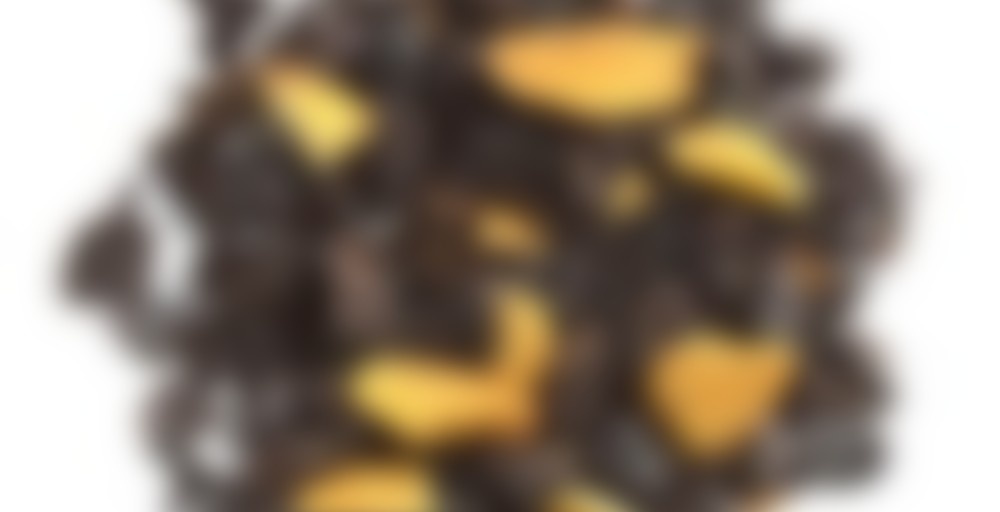 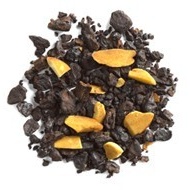 Chicory is coming back in style. No wonder: it’s a classic. It’s been enjoyed since ancient times, by everyone from the Romans to the medieval monks. And today, it can be enjoyed by you. Here, we blend organic roasted chicory root with almonds and vanilla. Drink it in the morning as a coffee enhancer, then have it on its own before bed as a midnight treat. It’s rich, dark, satisfying and completely caffeine-free.

Mostly I use this tea as an add-on. But I’m looking for ways to drink it more often, as I truly do love chicory as a coffee substitute.

Perfect. It’s basically ovaltine, but without the gluten and dairy. :)

Oh. UGh. I did not make this taste good at all! :O

The upside? It was a sipdown!

Sorry, and yay for upsides!

You showed that tea who’s boss.

This is the last tea (I think ?) from the GCTTB

It’s bitter, as in dark chocolate bitter – and it’s coffee (or chicory – not sure I know the difference), there is some nutty in here as well, maybe some roasted, but that’s chicory too. What I’m trying to say is there is a lot going on here. Really though it’s black (without milK) chocolate, nut, coffee. At least that’s what I’m getting, not horrible, but a little too bitter/strong for me.

From the Great Canadian TTB.

This isn’t one I would have bought for myself. But reading the ingredients I thought I would like it. I don’t mind chicory.

To me this tea tastes like those flavoured cappucinos that you get at the gas station, you know the ones where you have to push the button on the machine until the cup is 2/3 full. There is definitely a chicory taste. I am getting almonds. But to me there is also an alcoholic taste I can’t seem to get by. The liquor is very thick, creamy, there is a roasted flavour, but its just not working for me.

It’s not tea. It’s straight-up chicory, which is bitter and coffee-like, yet has odd sweet notes. DavidsTea has mixed it with vanilla and almond, flavours which amplify the dark-bittersweet thing chicory has going. Steeped, it looks like coffee. And it smells very enticing. I get burnt sugar notes.

I’ve tried this plain, and with stevia and milk. Both ways are great. The half a pack of stevia (equivalent in sweetness to 2tsp of sugar) I used smoothes out the chicory but does not obscure the bitterness. I didn’t expect to like this, only buying a tiny amount to try. But the chicory’s got something I really like; the bitterness, which is not at all sour or toxic-tasting, intrigues me.

I find it refreshing.

But you know what, I bet it was an oversteep. I hope? Can you oversteep chicory? haha!
It smells like rootbeer! Real yummy homestyle rootbeer!

Okay I can taste it’s potential. It’s potential for caramel notes, almond and vanilla (kind of an amaretto feeling) , but before I can enjoy that at the beginning of the sip, it coats my tongue with a thick horrible bitterness. I like the chicory in Chocolate Rocket – I resteep that one 3 times some days and it never tastes bitter. I really hope that this tea experience doesn’t ruin Chocolate Rocket for me in the future o_o

The boy loved the flavour, but also hated the bitterness. It’s not a tea, it’s a tisane, so why come it’s so ruined?

Anyone else tried this and have a different experience? I won’t rate until I know if it’s supposed to be this bitter haha.

What was this one called before? I know they renamed it but I can’t remember what it was before.

ohh I don’t remember, I know what you’r talking about though. Someone here is bound to remember!

Was it the Decafinator? That one seems to stick in my mind.

They stilll have that tea as a seperate entity on the DT website, I wonder how different they are really though

yep it used to be the Decaffeinator!

I got this tea as a recommendation from a DT employee for a coffee substitute, I cant drink this tea at all. I find it so! bitter and i tried adding milk and sugar to it. But I still cant finish the cup.

So while out on a tea run with my mother, we stopped in at a David’s to pick up some matcha. And while browsing and picking out refills of teas I still like from David’s, one of the workers recommended me some of this (apparently they’re one of the only stores in the city that still has it in stock).

It smelled? Amazing. Absolutely so, so amazing. I had to get some. This might just be the solution to my conundrum between loving the scent of coffee shops but hating coffee.

Dry, it smells very strongly like vanilla; think a vanilla bean latte. When brewed it’s not as strongly vanilla, but still sweet and aromatic and pleasing. I’ve never had a straight-up chicory tea before and Idefinitely noticed the bitter aftertaste drinking it straight. I used one teaspoon and 6 oz of water and set it to steep for 7 minutes, but I was a bit lax with watching my timer so I’m sure it steeped longer, which is why I’ve selected 8 minutes or more. I definitely see it as not being very forgiving, though, if the bitterness I’m getting is any indication.

With a little bit of milk and brown sugar it is delicious, and even with brown sugar on its own. I wish I had some almond milk to try it with, because I’m sure that would be even better. If it is being phased out of David’s I’d be sad, but I might go back to the same location and stock up on this to have it over the winter. I think it’s a new-found love.

So i used to work at a coffee shop. I did not care for this at all with my first cup. Then i tried it iced. caramel-y and bitter. It was so refreshing and the bitterness really helped with my loss of appetite in summer. but it’s cold out now, and I make this into a latte. Half cup of chicory dickory dock (I know it’s heavy, and you really don’t need a lot. I use half a tea spoon for half a mug) steeped 2 minutes, (the instruction says 4~5, but 2 min = less bitterness), half cup of steamed milk, a few squirts of honey. My friend who tried it agreed it’s like mocha! very chocolatey and coffee-y. bitter, sweet, and caramel!! mm i just added some cocoa powder in my last few sips and i’m a happy happy lady! :)
Did you know people used to use chicory root as a birth control? :)

When I first opened this bag during the night, the smell was so pleasant and inviting. I fell in love with it! I had such high hopes! But sadly, as it seems to go, I was disappointed.

It was, how do I say, too bitter for me. I could not stomach it. My tongue felt terrible after ingesting a small amount and I could not bring myself to have any more. Chicory is not for me! Pity as it smelled so wonderful, but I suspect that was the vanilla teasing my senses.