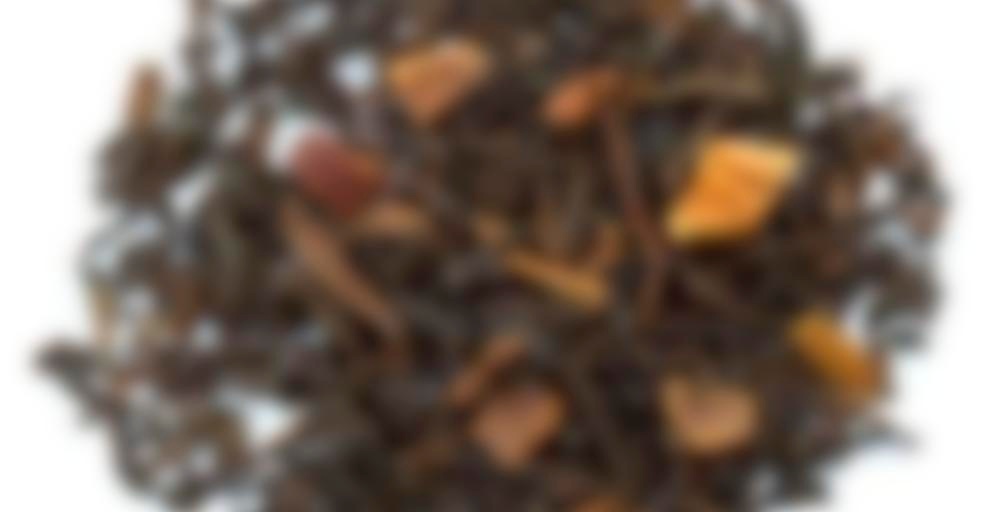 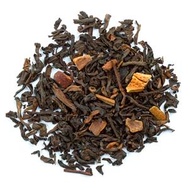 OK, so this tea doesn’t really have cinnamon hearts in it, but you’ll be forgiven for thinking it does. It’s a sweet blend of Sri Lankan cinnamon, spices, lemon, pu’erh and Chinese black tea. Unlike candy, however, this tea has no calories and no sugar rush. Just a nice jolt of caffeine from the pu’erh. So indulge away.

I needed this sipdown! Now I’m at 150! :D (Until the rest of my teas arrive… dunn duhn DUHNNNN)

Thank you Sil for topping me up on this. I like it. I may actually get more at some point. Maybe.

Ha, I’m desperately try to get down to <100 before more comes in too. David’s are always the easiest to sip down.

WTF! More words were definitely there when I hit reply haha. Yeah, I’ve been working on trying to get down to 100, and then mentioned how David’s are easy to sip down.

Weird. Maybe you had some weird emoticon in it that Steepster thought meant a formatting thing? I’ve had that before!

But congrats on (temporarily) hitting 100!

I’m sure getting down to 150 was an even bigger event for you, so congratulations back! Herbal Infusions will be another +12 or so whenever they send that. :/

Thanks!
“whenever they send that” – yeah…. I just got a shipping confirmation for an order I placed on the weekend. Hope yours is on it’s way too?

you didn’t take all of this from me did you? if you didn’t…come get the rest lol

also… i WILL be at 150 soon..sort of.. just watch me! i have been tearing through things today, just haven’t caught up on my notes…

Hmm, I placed mine on the 14th, when the Snowflake EG was remade, and haven’t heard anything yet.

cavo..oh jeez… if it’s in my “swap box” you can take all of anything!

I means..i guess technically this tea is pretty much liquid cinnamon hearts but it’s not all that tasty, and you for sure can’t actually taste any of the pu-erh base. I’d much prefer sticking a bunch of cinnamon heart in my mouth and drinking hot water :)

You’re brave! I can’t touch this one haha

lol daisy – i’ll try pretty much anything once. With the exception of maybe gravy shots. yes…it’s as gross as it sounds. think canned gravy + vodka.

O: This is my horrified face haha!

Gravy shots? Seriously? Is there somebody that actually would do that?

Lol, I did a search & there’s a YouTube video…

omg IS there?!?!?! and yes… my stupid friends do dumb stuff like that all the time.

yup! hahaha, I didnt actually watch it, but I think there are 2.

Another David’s Tea pu-erh mix that I can’t stand the smell of. I bought this ages ago on a foolish whim, before I knew anything about tea. I still haven’t developed any taste for Pu-Erh (the smell drives me off long before the taste) and this tea is still mostly un-drank. The last time I had it, I felt nauseous afterward, so I’ve been hiding from it since Christmastime-ish. The dry smell is cinnamon, the steeped smell is cinnamon and pu-erh (aka earth and fish and wet dog, to me). The taste is pretty much just cinnamon, though I have to be careful not to breathe in. I definitely would never re-steep this, not because it couldn’t, but because I want it gone. I’ve got a few people in mind that might like this, but if not, it might be up for grabs someday, since my relationship with it has not improved. I like cinnamon too…but this is just not my cup of tea : ) If there were no smell, this tea would also rank maybe a 60 for taste. Stupid smell! I wonder if I can cut it with something…

Glad to see I’m not the only one put off by the smell of pu-erh!

Pu-erh does not agree with me and generally leaves me nauseated.

So far so good on the nausea for me this time…But it is definitely not a tea that I currently feel like forcing myself to like!

ugh, I’m right with you on the nausea. The cinnamon seems to cut that down for me though.

Found it a new home already..YAY!

I tried to do two steeps of this one.. umm contrary to popular belief pu’erhs are not meant to be steeped more than once – or maybe this one is not of the right quality?

Either way, this tea is yet another that I will want to purchase more of, the cinnamon was sweetened by pu’erh tea and not as intense as the name suggested, but so yummyI think I inhaled rather than sipped and savoured this one!

I don’t think David’s pu-erh blends are a good representation of pu-erh in general. When you’re resteeping this, you’re also counting on the black tea and spices to stay strong in the next cup. If you get your hands on 100% pu-erh, it is good to try a series of short resteeps.

Didn’t they discontinue this one? Or am I thinking of something else?

They discontinued their Caravan Earl Grey, which was a pu-erh, if that’s what you’re thinking of. Cinnamon Heart is still available online?

Maybe. I know I saw a list somewhere of the discontinued teas but I have no idea where that was so maybe I was dreaming that this one was on it. Wish they would have one though. I hate finding one I really like and then not being able to get it again.

Me too. A simple announcement would be nice.

Though I am not educated enough with pu’erhs, DMTea, I think (you are right) should I find a REAL Pu’erh I will have a better experience with re-steeping.

I. LOVE. LOVE. LOVE. Cinnamon. When cinnamon hearts come out around valentines day, I stock up for the year – even though they never last that long. I love the taste of the cinnamon but also how it burns your tongue. Red hots are my all time favorite candy- like the real red hots that you really can’t find anywhere anymore.

This tea smells so delicious. It is exactly like cinnamon hearts. Mmmmm. High hopes!

I do not feel like the cinnamon is mixing well with the pu-erh.

So far my experience with these David Tea’s flavoured pu-erh’s is that the flavour seems to be in the aftertaste or when cool, but no so much when its hot.

so i gave this one a second try. but that’s all it’s gonna get.

not the tea’s fault.
but i only like cinnamon gum. those candy hearts? nope. cinnamon mouthwash? nope. what else is there? idk but i probably don’t like it.

i love real cinnamon though!! i put it on every bowl of yogurt or oatmeal. like tons.
so there’s that.

happy cinnamon to you!

I wont be as hard on this tea as everyone else, cause guess what? I actually like it pu’erh & all.
Its got that cinnamon heart quality, taste etc, except It’s way better than most cinnamon heart teas, where this one doesn’t taste like you melted a bunch if hearts into a cup.
It’s sweet, cinnamoney & kinda earthy.

I tried pu’erh on it’s own and hate it, (maybe it wasn’t a good one) but I enjoyed it in this tea. It seemed like a good match.

I have yet to try a straight pu’erh, I’m afraid because there are still some flavoured pu’erhs that make me wanna puke. But not this one.

I bought this one because it sounded good when I was looking through the mini tins up for grabs. (They are super cute) I apparently forgot it had pu’erh and black tea in it. I wasn’t really planning on sleep tonight at it is. Too much baking to do that we haven’t started yet. So no worries about the caffeine levels. On to the tea.All I can smell is the cinnamon. Reminds me of Hot Cinnamon from Harney and Sons. But the taste is far from it. I really like this one. It is very rich in flavor and the cinnamon is hardly there, I get a little of the orange flavor on the end but the taste is almost malty. Which I love. My nose is still a little stuffed so I do plan to try again when everything is clear (and up the rating too). So far so good.

I’m almost a little happy to discover I still don’t like this tea, because that means it gets to go to a good home with Indigobloom and get out of my cupboard! This was in the first batch of teas I ordered online from DT before I knew what I like and what I didn’t. I’ve since discovered that I don’t really care for Pu-erhs. But I adore cinnamon hearts, so I thought I’d give this a go.

It does taste like cinnamon hearts, yes, but more like cinnamon hearts I dropped in the backyard, brushed off, and ate anyway. I remember buying this and trying their Cinnamon Chai Rooibos around the same time and wishing this tea tasted like that tea. I remember mixing them at one point, but it just didn’t work. The pu-erh is too off-putting for me. I’ve always felt guilty about this one because I fought to get it in the cart, as the wife hates cinnamon flavored things. Now I feel good knowing it’s going to someone who will truly appreciate it. Enjoy!

Edit: I only drank about half of my cup, but I’m feeling lightheaded and shaky and flushed…I don’t know if it was this tea that did it, but it’s worth noting. I have eaten today and the most strenuous thing I’ve done is chop potatoes.

awww it will indeed have a good home!! thanks Ladykittykat :)
—if there is anything you want in return please let me know!

I’m just happy to give this to someone who likes it .

Thanks Aisling of Tea!!! for sharing this with me :)
I had some of this after arriving at work. While it was tasty, it’s been awhile since I’ve had it, and I guess the “pu’erh” part has settled in more, and I can really taste it now. I’m undecided as to how I feel about that, given my stormy history with Pu’erhs.
I can certainly understand why some may find it offputting. Somehow though, in this tea, I don’t mind that part so much. I think the cinnamon cuts it just right.
However, I made this sans any sugar…. but with milk. Next time, I think some agave is in order. Not sure about the milk.
So… while this is still a great tea, I need to find it’s sweet spot. Also, the fact that it does better with some extra sugar brings it down a few notches, from 95 to 88. Still pretty fantastic in my books :)