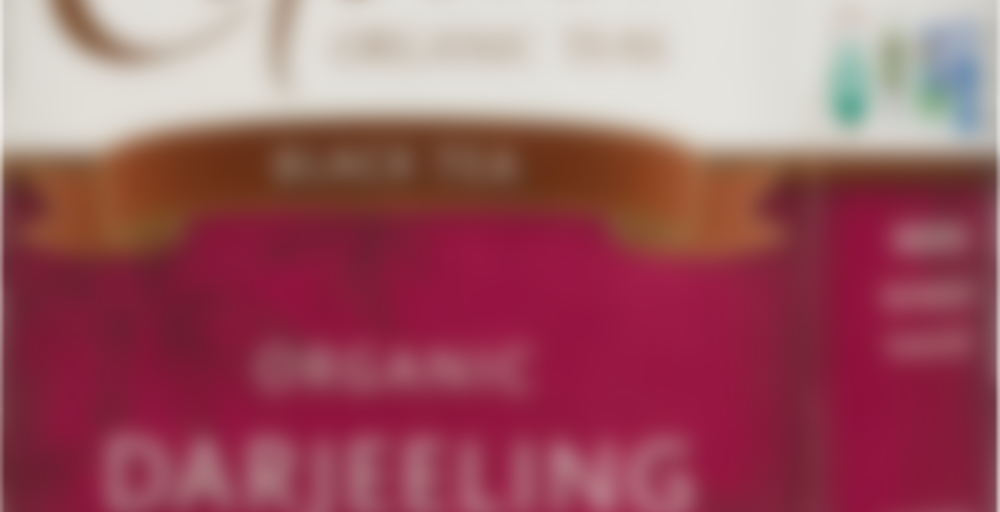 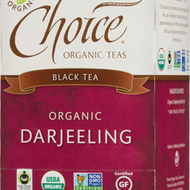 by Choice Organic Teas
67
You

Revel in this exquisite tea from India’s premier tea-growing region. Our Darjeeling has a bright, fruity flavor and a subtle, floral aroma shaped by the mists and fog of the Himalayan Mountains. With a medium body and refreshing character, you’ll find it enchanting at any hour.

I arrived early to work, so I went to the nearest place to fortify myself with more tea. Unfortunately I wasn’t early enough to go to the really good coffee shop, with the nice selection of tea, so I had to settle for a place that has all its tea in a basket near the front, that you pick out what you want and dump hot water on it.
Sigh.
So I picked this, as I like Darjeeling, and I’d never tried this brand before.
Meh. Its drinkable, but not exciting. One dimensional and weak. Will I never find a truly exceptional Darjeeling?

Not in a basket where you pour hot water on it. :)

Margaret’s Hope is pretty awesome, and I was only having 2nd flush! I imagine first must be wonderful! And Harney and Sons has some great ones, I think one is called Punjab? I should look it up!

Ohh, thanks Ashmanra, I will look those up.

If you message me your address I’ll send you the Butiki Giddhapar Darjeeling I have. I had it once and it wasn’t my kind of tea. I might have just one more cup to make up my mind about it, but I’d rather it go to someone who likes darjeeling.

Thank you, Fuzzy_Peachkin! I will do that.

This tea is serviceable. it has a distinct darjeeling taste: a little bit floral, slightly bitter, with a slight muscatel flavor. it’s not very flavorful though, and mostly just the bitter component comes through. I’ll drink it since I have a box of it in my office, but I don’t think I will be buying it again.

Of late, convenience trumps elegance, so I have been swigging away at bagged teas. Found this Darjeeling at my sister’s house when we were cleaning (more on that in a minute). I’ve had Darjeelings that are so dry they shrivel your tongue, which is why they don’t get much airplay at my house. This one doesn’t fit that pattern. It’s got that fruity grape peel thing happening, but it’s round instead of sharp and squiggly. (I’ll let you figure that analogy out yourselves :) Incidentally, Choice does a great bagged kukicha as well.

Sister’s house. I mentioned elsewhere that she passed away very suddenly and unexpectedly last month. It’s been a hard loss; it has taken a while to even want to handle the words aloud. However, my brother pointed out that her piano had been recently played and the hymnbook was open to “I Know Whom I Have Believed.” She did, and I do, so all will be well. I brought home a carload of her recipe boxes (priceless), exquisitely appliqued quilts (even more so), her Pillsbury Doughboy t-shirt, and several boxes of tea to sip in her honor.

I am having a nice cry now…the piano and the hymnbook…precious….the recipes…perfect….so glad you have great memories of her and these moments to hold. My husband is going to wonder why I am ugly crying on the couch when he gets home for lunch…

Doesn’t take much for me these days :)

I’m so sorry for your loss. I’m glad that you can find some comfort in that small indication of where her heart was. Hugs.

Prayers for you. A sibling is such a big loss.

See, us Steepsterers need tasting notes like these. Thank you for posting it.

Had some of this at a vegan shop in Canada, and it was not bad after two boiling minutes. The 12 oz was a good serving size, and it was a usual malty black tea with a little bit of nutty and floral nuance. I can see the muscatel thing people talk about it, but that is expected from a black tea. Serviceable indeed.

I found this cup very smooth and not acidic. It’s flavorful and light.

Good Darjeeling, nice and smooth. A good light black tea for the afternoon.