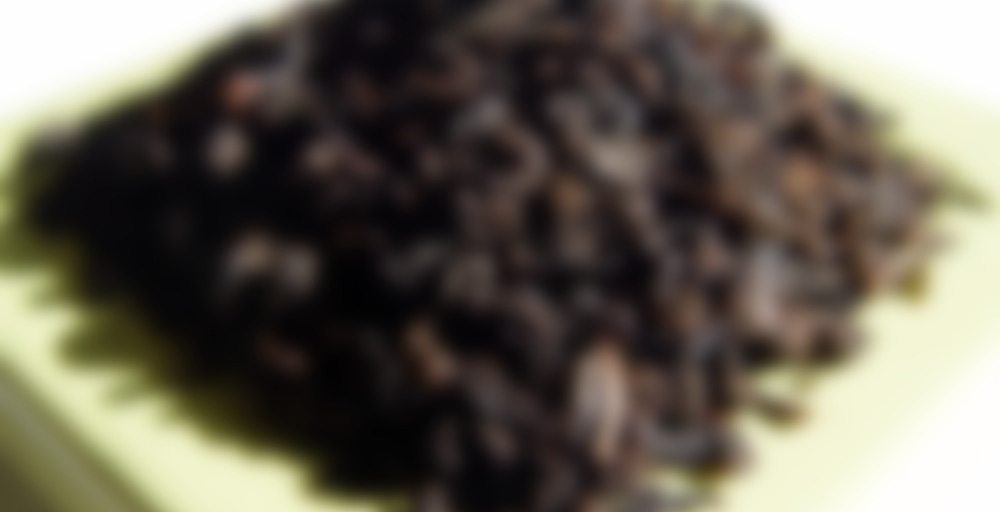 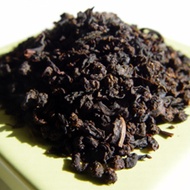 I finished the last of this up today. It is a very sad day. I decided to take it to the next level, and I had it with cream and a little vanlla sugar, and it was Heaven (with a capital H) in a cup. Especially since this is the first time I have had tea in a couple of weeks. I can’t believe it has been that long – I haven’t been well and I seemed to lose all interest in my tea! This was the perfect way to start back with the tea habit, though.

welcome back!! funny how a little break tends to rejuvenate the tea cravings :)

This was the second choice for my recent Chi of Tea order. I seem to have an odd relationship with vanilla flavoured teas. I really want to like them. Like, really really want to, but the ones I’ve tried so far in my life have all been good, but rather on the somewhat too sweet side of things. I want something a little more subtle than that, so apparently this means that I’ll be trying out vanilla blacks as I come across them.

The leaves and the tea after steeping smell really nice. Radically different from my vanilla black from Whittards of Chelsea. This is darker, more robust, more powerful. More… everything, really. The Whittards positively pales in comparison. The aroma of this one, though, is strongly vanilla. Sweet and sort of raw in smell. I can actually sort of sense the rubber-y, leather-y texture and smell of a fresh vanilla pod (or as fresh as they can get from a Danish supermarket anyway). There’s a funny darkish sweetly side note as well, that is somewhat sharper than the sweet parts of the vanilla aroma. It actually reminds me of a particular sort of licorice sweeties that you can get here in Denmark, in spite of the fact that said sweeties have, to my knowledge, nothing to do with vanilla at all. But they smell exactly like this!

Yes! This is the sort of vanilla tea I want! I’m not getting a mouthful of something super-sweet and relatively artificial; I’m getting a mouthful of tea that tastes like vanilla. It’s… It’s strongly flavoured, strong enough that I wouldn’t be able to point out the origin of the base if I didn’t know what it was, but it doesn’t overpower the tea. It’s more vanilla pod than vanilla-y, really. I think that’s what appeals to me so much.

The cream aspect is there as well. Each sip feels much thicker than it is, as if there has actually been added some sort of dairy product to the cup. Which is something I do only very rarely indeed. It doesn’t really give a flavour on its own that I can find, but it adds significantly to the bigger picture and the experience of the cup.

This is definitely beating Whittards’ vanilla black spectacularly into the ground. I’m very impressed with this, it’s a definite re-purchase. And so far, it’s also my Perfect Vanilla candidate.

YUM! I love the way you described the vanilla – the rubber-y leather-y ness! Perfect!

Actually, a vanilla pod feels sort of like a very long raisin. Only not as squishy.

I agree, the whole description had me interested, but I am picky about my vanilla as well.

… I recently tried a caramel icecream that taste like licorice… It tasted good, but it’s a bit weird.

You really nailed the description, Angrboda. I’d never considered the flavor difference between vanilla and the pod, that’s so right on.

I want to crawl into my cup of this tea. It’s creamy, deep, rich, and mesmerizing. I made it to drink while I packed and cleaned up, but it’s made me sit down to savour it.

Wow, first vanilla tea I have has that has a natural vanilla flavor and creaminess all in one. I believe steeping it at lower temperature brought out all it’s subtle flavors. This is the first straight vanilla tea I have tasted and ever really liked. Yummy!

This might be one of the best smelling teas ever. I opened the package and smelled a strong candy-like smell of vanilla and caramel. It smelled so good that I was very skimpy with the tea leaves so I could make sure that I had at least two cups of it. Once brewed it still smells pretty good and has a nice real vanilla flavor. It reminds me a lot of Harney’s Vanilla Comoro but maybe a bit better. This is a really nice tea.

Thanks much JoeCool (Nichole) for sending me a sample of this.

A basic flavored black tea, I got the vanilla but not really the cream flavor.

Boiling 3 min, 0 sec
Yours I Like This
8 likes
2 comments
Edit

I really need to include brewing vessel information in my reviews too!

I haven’t found it makes a big difference yet, but i have so many i want people to know which i used :)

This is pretty nice – a good flavored tea. Comes out really caramel-y. The aroma was intense, and the flavor didn’t disappoint. Smooth and flavorful.

This tea has one of the best scents. It’s not at all artificial and seems to have many layers to it. I can smell vanilla, caramel (one scent I have never smelled clearly in a tea before) and nice black tea in the background. It has a smooth taste in the sip with just the nicest bit of sweetness. The flavors blend well together to make a very yummy cup. I bet that this would be an amazing dessert tea with milk and a touch of sugar! The only thing that bothers me is the drying effect that it leaves in my mouth. I don’t think this is something that can be helped, but I would have liked a smoother finish. Otherwise, this is a very delicious blend.

Can’t wait to try this one! I just ordered a sample of it!

I’m sure you will really enjoy it! It’s a solid cup of tea.

Yum, this tea is a good one. The smell alone could have told me that – it was a real, raw-vanilla scent rather than something artificial. The tea itself is wonderfully flavourful and the creamy vanilla is nothing short of delicious. The tea is full-flavoured without being bitter or astringent and I have no problem drinking this cup without milk.

Creamy vanilla taste, with a nice bold black tasting base. This was a nice way to wake up this morning. It made the kitchen smell wonderful too!