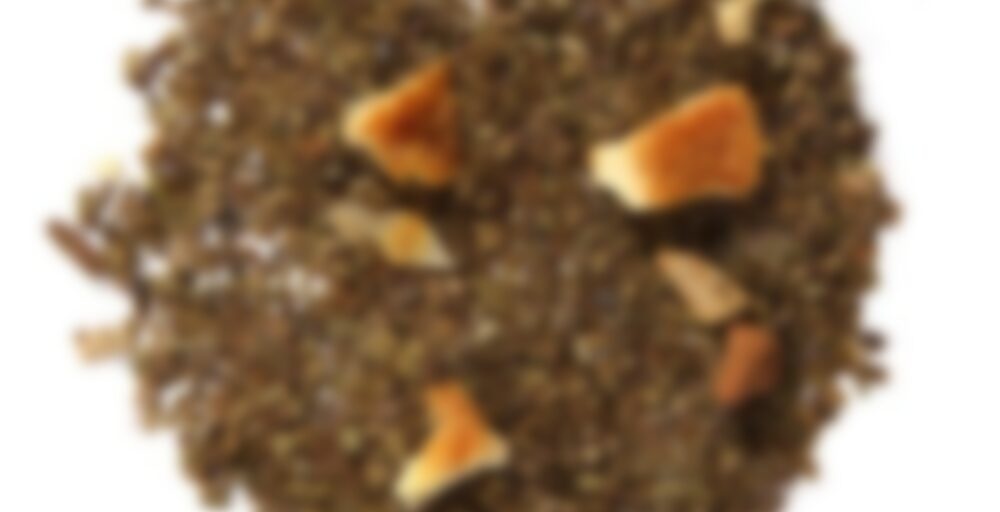 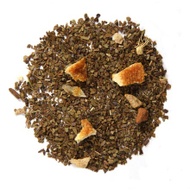 Brazilian toasted mate blended with spices and citrus peels to add a little zest to an energizing brew. We find it perfect for chilly days, by the fire or iced with milk and sugar for when you crave a sweet treat. Please note that all Mate varieties contains caffeine; we would not suggest it as a nightcap.

Under normal circumstances, I would make Fiance drink this because he wanted the mate sampler, but he’s so adverse to any spicing resembling chai I didn’t think I could do that to him. So I steeped the last bit of this up today.

I’ll preface the actual review here by saying I’m not always huge on mate. Especially mate that tastes like mate. The roasted mate smells like wet dirt (but in a freshly fallen rain sort of way that isn’t off putting) and has a very full coffee-like flavor with green undertones. No bitterness or smoke flavors present. The cinnamon and spices here are far more subtle than I was expecting; it’s almost mellow and I found myself actually wanting a bit more. It’s a very warming and winter-like cup, though. The citrus just barely comes though, but adds a little bit of a bright counterpoint to the roastiness of the mate. I did eventually end up adding milk (skim was all that was floating around) anyway, because it was too coffee-like for me to drink it black, and enjoyed it more that way.

I’ve never been a huge fan of mate, either, especially roasted. Smells and tastes like banana to me, but almost like what I’d imagine the peel to taste like.

I actually think normal mate is almost okay. I definitely get the banana peel connotation though. Roasted mate, though, kind of reminds me of decent quality mild coffee beans that someone rolled in wet mud, then once they were coated rolled them in maple leaves and bark.

First, I’m not really a big fan of spiced teas. This came in a sampler pack so I thought I’d give it a try, especially since I’m a big toasted mate fan. First, the smell is very strong. I was not looking forward to tasting. But despite the strong smell, the spice taste actually takes a back seat to the smooth mate flavor. Not the best mate I’ve tried, but not the worst either.

Found the spice to be a perfect accompaniment to the vegetal flavor of the mate. Subdues well with milk, though most of the flavors were overpowered by the cinnamon once I added milk.

So far I’ve only blended this with the Adagio Green Citron tea. A pretty nice combo. An interesting combo. Not my all time fave, but certainly good for a few cups of tea. I’ll probably try blending with something else next time.

Lots of clove in this one, which masks the bitterness of the mate. A bit of cinnamon underneath all the clove. I might like this if it were more balanced, but it’s a bit to clove heavy for me.

I remembered after steeping this that, since it’s mate, you shouldn’t actually steep it in boiling water no matter what adagio says unless you want it to be kind of bitter. Whoops, lol. Anyway, I still really like it. I’m currently of the opinion that spiced is one of the better ways to drink mate. :)

I think this is my first mate. I don’t really care for it. It wouldn’t be fair for me to rate this, because it will bring the rating of the tea down. I do like the spices a lot…I thought they smelled very good in the bag. I just don’t care for the tea base.

This is one of the good things about a traveling box, or a swap…trying different things to see if I like them BEFORE I buy!