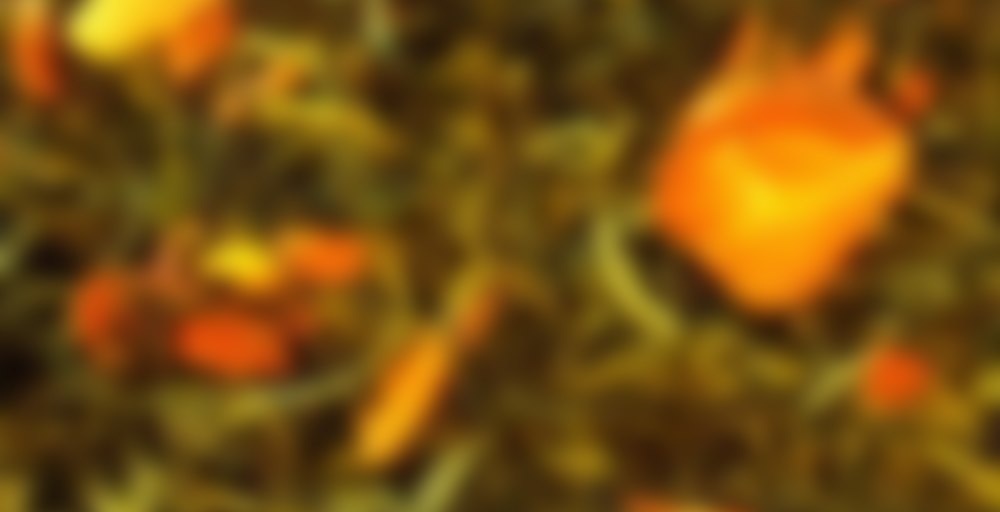 Gramma would slice those strawberries and add just enough sugar to them to get them to create a syrup for the shortcake. Then she’d make a light, crumbly biscuit type of shortcake that would absorb all those juices. The shortcake was not overly sweet and had just a hint of cinnamon to them. Then she’d top it all off with a mound of freshly whipped cream. Delicious.

That flavor is what I attempted to recapture in this white tea. I took an organic White Peony and blended it with the flavors of Strawberry Shortcake. The tea might not be quite as good as gramma’s strawberry shortcake because gramma. But, it’s still gonna be some kind of summertime wonderful right in your teacup!

I brought so many 52Teas blends to work today, I feel spoilt for choice at the moment! It was a hard decision, but I eventually settled on this one for my mid-afternoon cup. Out of the bag, it smells candy-like and fairly delicious, although not entirely natural. I’m really hoping for a good shortcake flavour with this one – if it has that, I’m sure it’ll pretty much be perfection in my book.

I used 1.5 tsp of leaf for my cup, and gave it 2.5 minutes in water cooled to around 175 degrees. To taste, it’s pretty good. The strawberry seems to settle down once brewed, and it’s not nearly as strong as you’d expect from the dry leaf alone. There’s also a really nice cake/biscuit element that’s light, airy, and deliciously buttery. I was so pleased that the shortcake element was accounted for!

The white tea base is a great choice here. It tastes just a touch dusty, perhaps, in the way that some white peony blends do. Nothing to really complain about, though. Mostly, it just allows the flavours to show to best advantage, and when it comes to flavoured tea that’s surely one of the major considerations.

The strawberry is natural tasting, although it’s not quite as strawberry-ish as I might have liked. That’s a minor issue, though, and one I’m more than willing to overlook purely because it’s just so damn tasty. There’s even a lingering aftertaste that really more scent than flavour – it’s just pure, unalloyed deliciousness that more than lives up to its name.

I’d like to try this one cold brewed in the summer, but I can’t see my sample bag lasting until then, so that likely won’t be happening!

I thought this would be good cold brewed, and I was right!
The strawberry was light and there are “cake” notes but I’m not sure I would call it shortcake. The white base is light as well.

Despite the weird aroma, the flavor is delicious! It tastes the way I would want a strawberry flavored tea to taste: light and delicate. Nothing candy, medicinal, or artificial going on here! The White Peony is the perfect base for these flavorings. I just adore white tea. It’s my favorite.

I’ve accepted the fact that no tea could truly taste exactly like shortcake (partly because of the texture), but this comes pretty darn close. It is a cup of yum! I can really imagine the fluffy, airy cake dissolving in my mouth as I sip this. I drank it sans additions, but I could guess that adding sweetener would make this more dessert-like. I think it’s perfect as is though. Another winner from the new 52teas!

Sent as a free sample in my 52teas order. Flavour/aroma instantly reminded me of Strawberry White from DavidsTea, but there’s something else in here (likely the butter flavouring) that I can taste as well. The base is noticeable and tastes like a standard white (no play-dough smell though, which is good). The tea is extremely fluffy and I was very pleased that it arrived quite intact.

Overall, no issues with the tea but it’s not a flavour favourite for me anymore. I feel like some vanilla/custardy flavourings would have worked very well here (but would have made it a different tea).

Oh yes, I remember Strawberry white. So long ago..

I think this is best when enjoyed hot. Iced, I found it kind of bland. I could taste the strawberry some, and the cake aspect was very very slight. I admit I might be comparing this a bit to the other flavors I have had so far, and they have been rather strong, which I liked, but this one, while pleasant, wasn’t my favorite.

I’m not a huge fan of fruity teas, but I think strawberry is just a happy fruit for me. It’s kind of hard for me not to love it.

When I opened my pouch, I was blasted in the nose with the friendly scent of strawberry, and a gorgeous half-inch piece of freeze-dried strawberry lay on top. Mmmm…….

I decided to make an attempt to follow the brewing instructions, so I dropped the tea ball in at 165 degrees Fahrenheit. I think it’s a lost cause for me to attempt a proper steep time, though. I’m definitely getting clear notes of both strawberry and cake, although the cake tends to linger in the background for a bit while the strawberry dances up front. It steps out for the finish, though – buttery white or yellow cake that’s kind of spongy but melts a bit on your tongue with the strawberries and cream.

Speaking of cream, this one probably would taste great with milk and sugar. Maybe even with just milk. That would probably take it to dessert heights. I wish I were in the habit of doing that more often again. I never really think about it until I’m idly sipping my tea and am too lazy to get up again to put milk in it.

So, I think I might order a larger packet of this to come with my next subscription.