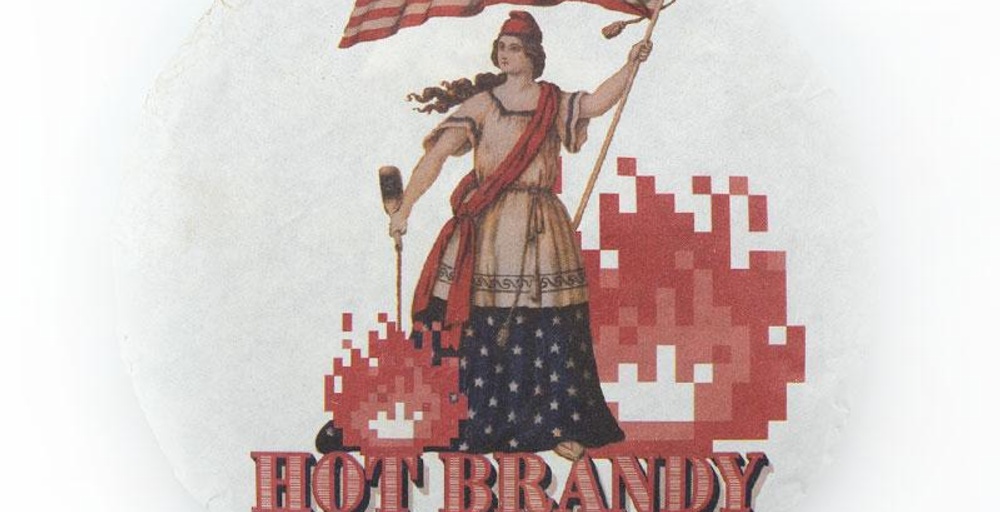 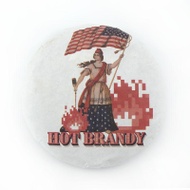 A blend of both white and black tea experiment gone horribly right, this is the latest incarnation of our sold out 2016 Hot Brandy. The soup is thick, smooth, and fragrant. It fairs well with both gongfu style and western style brewing. The tea has excellent endurance and can steep for a very long time and can even withstand being simmered or boiled without becoming acrid.

Both the white tea and black tea have been sun dried and should age well together. However, we are only two years deep on this experiment; though the results are promising, how it will age in the long term is anybody’s guess.

This was one of a few teas I still have from a white2tea order in early 2019. They were in my backstock bin of unopened teas, where things tend to get forgotten about, so I pulled a couple of black teas out to work through as my first tea of the day.

This one… I kind of felt like I was missing something? At least based on the other tasting notes for it. I steeped it western, as gong fu just isn’t really my jam at the current moment. And don’t get me wrong, it’s pleasant and enjoyable and all that, I just don’t find it all that special? It’s a combination of black and white teas, so I get some flavors from both, but somehow I would rather have either one of those on its own. It has some pleasant barnyard, musty hay sort of notes from the white tea along with the breadier, woodier black tea with hints of stonefruit in there.

Anyway, enjoyed it but not something I would repurchase. It is also four years old at this point so I wouldn’t be surprised if some of the nuances have faded.

I tried the 2021 pressing and also thought I was missing something.

An interesting tea with a unique character! I got this sample from my recent w2t order, and it is definitely the first time drinking a black and white tea blend, let alone pressed into a cake. Incredibly unique and complex aroma with a beautiful liquor, potent flavour and a decent aftertaste to boot. This tea lacks in a bit of nuance and complexity when it comes to flavour, any real form of cha-qi, and the texture could’ve been better. While it is an interesting tea, I wouldn’t say that this tea is something I’d buy again, or something I’d stock up if I had a tea shop. Really decent and unique, but it falls short just by a bit. Still, it’s definitely something I can recommend for people to try.

Drinking this for the first time and really liking it. The smell of savory baked goods (maybe bagels?) and hot brandy is intoxicating. I’m struggling to pick out flavors but the mouthfeel is so round and inviting. Aftertaste is just as entrancing; intricate, slightly cooling and oily, yet delicate. It went fast up until the last quarter, and then I had to make myself finish it. Didn’t cool particularly well, no overpowering white celery flavor, but kept an alluring black-dominated profile. I think the huge mouthfeel of this tea doesn’t sit too well cold, but IMO the hot is spectacular.

Unique and a lot of fun. The maltiness of the black with the sweetness of the white tea are balanced quite well. Reminds me a bit of Arnold Palmer but all tea?

Brewed Gongfu, but seeing in comments that I should try grandpa style as well. One of my favorite from White2tea so far.

I’ve been enjoying the most recent pressing of Hot Brandy a lot over the last few months and that inspired me to dig out one of my older samples to taste and see if maybe they’re just better than I’m remembering them. I know so many people who love this tea Grandpa style so I specifically brewed it that way to give it the best chance at making a better second impression…

Honestly, it’s not bad but… it’s just no where near as good!? There’s just this interesting spark to the flavour that’s missing. It’s a little too flat/muddied without clear or clean flavour notes of either of the white or the black tea. It would, for me at least, be the type of tea that you drink “to drink something”. Does that make sense!? It’s the white noise of tea, and that’s exactly the purpose it served for me the morning I made this one up.

So I guess the aging experiment with this batch didn’t work out so well, but the 2020 is pretty amazeballs? Shame, I got myself a 2018 cake but maybe it’ll do better western style.

Guess what. I have an eye appointment today that I need to be awake for. So, time to bring this back out again.

I’m telling you now, I overleafed this by about a gram. I want to be awake for at least the next five hours which, if my body and brain functioned like a human, would be easy, but since doesn’t I’m gonna be riding on empty in an hour or so. (I woke up at 9:30 PM last night, I’ve been up almost 12 hours, it’s bed time…)

Anyway, the flavor on this is lovely. I’m getting notes of hay and grass, combined with some sweetness. On the other hand, it’s got a little bit of that good black tea flavor as well, but not much. Mostly I’m tasting the white tea. However, well, how should I put this. I had bourbon chicken last night (long time ago, so that’s not affecting the flavor) but there is a touch of that same flavor in it. Never having actually had bourbon, I’m guessing that’s the flavor? It’s sweet/malt/honey sort of thing. Tasty.

I’m hoping this can keep me awake long enough to make my eye appt. The office is literally across the road, so I can walk there if needed. Fingers crossed that I don’t crash somewhere around Noon or so, because if I fall asleep now, I’m not getting up.

Still really fucking good even though this was 5 grams of crumbles. Don’t worry. Made it in a separate vessel. Scent great. Body good. Caffeine waves hello!