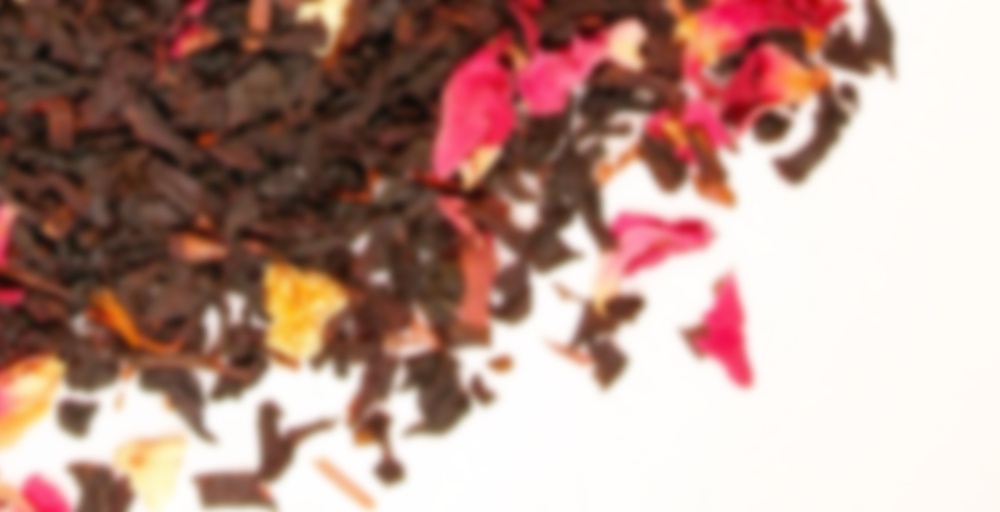 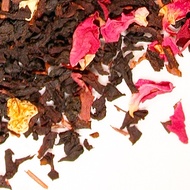 by The Persimmon Tree Tea Company
69
You

In the sample bag this smells like a cobbler—heaven! There’s fruit, spices, maybe even some bake-y notes. Surprisingly, it’s a totally different tea when steeped. I tried this hot and cold brewed, and both times it was very very fruity. The peach and apple are quite natural tasting, but strong, to the point where the black base is kind of hanging out in the background. There are some nice malty notes and I think they picked some pretty strong teas to go with these flavors, which is good otherwise they’d be lost entirely.

There are no cinnamon or bake-y flavors at all in the brew, so it’s definitely not the tea I was expecting. Iced, though, it’s really lovely, fruity and bright. Great with a slice of lemon while watching summer storms! Sometimes a tea doesn’t meet your expectations but surprises you in other ways, which this one definitely did.

So…I’m drinking this now and it’s the very first tea I am trying from this company and I must say I am impressed!

The first song that came to mind was PEACHES by The Presidents of the United States of America
http://www.youtube.com/watch?v=VvcohzJvviQ

Anyhow…on to this lovely little number!

I would say it infuses to a nice medium golden brown color.

The taste is absolutely delightful!

I can taste individually the peach, the apple, the cinnamon, and the flowers…but they all jive well together! And the more I sip on this the more I like it! I’m drinking this HOT but assume it would be tremendous cold, too! WOW! This one is great! YUMMERS!

Makes Me Think I Can Be a Rock Star.
Wheres Peaches and Herb when You need Them
http://www.youtube.com/watch?v=PZOhm7qS-AI&feature=related
Keep on Steepin

Double thumbs up for choosing Peaches!

Nice. A California company AND uses rooibos in the blending. Tea blends that include rooibos do not seem plentiful.

Wow. I’m shocked as well; anyone who can make apple stand out in a tea, especially one so varied in components, should be all over people’s cshopping lists! O=

I just posted a review of this on my blog http://theeverdayteablog.blogspot.com/ I had planned to save it back for later but it pleasantly surprised me so I went ahead and published.

Short version – not the overwhelming fruit and flowers I was expecting. It is lightly flavored and bonus I can taste the tea base. I did not notice the hibiscus and could only catch rooibos in the cup aroma while breathing in as I sipped – Just not at the same time ;)

I really love the look of your blog!

Congrats KS, it is a lovely blog

I may have steeped this too long, was a busy day at work butif that’s not the case, this just isn’t appealing to me. Will have to try again tomorrow. Idid notice more of an apple crisp type flavoring though… So that was good.

It’s much better over ice!

I’m thinking youre right and this just needs to be a cold tea. So far, not loving it hot. That’s ok though…not everything needs to be hot :)

I love Persimmon Tree but I did not care for this one either.

The iced version really brings out the peachy notes which gives it a bit more character. Isn’t it funny how some teas just don’t do well hot?

My first taste of this was just Rooibos. This may be because this sample is a little old. As it cooled, I tasted pastry and cinnamon, with some baked fruit underneath. At this point the peach is more present in the scent and the apple note present in the taste. The base tea is hefty and a little bitter. The tea is a litte drying in the mouth. The flavour is subtle but nice now that it has cooled a little. It does capture the pastry, cinnamon, and fruit of a crisp or cobbler.

Me too, I heard that Nina’s Eve is nice though it to is a mix of things. Perhaps you should start a thread? The trick is finding one that doesn’t taste like artificial peach juice.

I seem to be striking out with teas from the Persimmon Tree lately. I think that I enjoy this more by scent than by taste and was really surprised that this tea didn’t taste at all like I expected it to. I’m really glad that I only ordered a sample. I do love that I can pick up samples for around $1.

I was surprised that the rooibos stood out as much as it did and that I didn’t pick up much from the peach at all. You can taste the black base as well as a hint of cinnamon and a tart flavor from the apple. I think my main problem is with the apple flavor used, while it did taste like an apple should, I expected it to be much sweeter since it is called Peach Apple Crisp.

Hmmmmm, my +15 from the Black Friday thread is samples from Persimmon, suddenly not too optimistic about them. I hope that you find some that you really like.

actually, I did really like the white guava and white peach.

Well… that’s a few at least. I’m a bit nervous about mine, but I think 10 samples for $10 (and free shipping to CANADA!) is completely worth it if it helps me decide if I like a company or not. :D

I agree, it was a great deal, was just a little nervous about having 15 “not for me” teas in my house. Happy to hear that Sorceress liked some of them. Restored my hope. :))

I’m feeling a bit better about my samples today. I left my coconut creme in the fridge over night and can finally taste the coconut in it. I’ll probably do the same with the last of my peach apple crisp and see if that helps any.

I wanted to try the samples I had before I ordered any more. The $5 + free shipping offer is a really good one, and I do have some rewards points to use that will make it an even sweeter deal, but I’m not going to order any more samples yet.

I need to learn that rule “try the samples I had before I ordered any more”. I have tons of teas I haven’t tried yet, and I seem to keep ordering more. LOL time to get a grip (like I haven’t said that before).

I liked this, it’s a black blend of nilgiri and assam, there’s a bit of red rooibos in here as well but I can’t taste it. The peach and apple flavor is very mild and I was somewhat surprised by that, I was expecting it to be stronger. I think perhaps this needs a resteep at a lower temp? It’s nice right now but I am not totally impressed. Will update this if my impressions change…

It turns out that smooth and malty black tea, along with some sour hibiscus and citrus rind, makes a decently convincing cobbler. Apple is a distinctive flavour here for me. It tastes lightly spiced too. It comes off as a bit tart but it’s not bad, especially when some of the astringency tones down a bit as it cools. Thanks for giving me the chance to try this, Jackie T!

This one smelled delicious, but the taste didn’t quite deliver. I mostly got black tea and rooibos, and not a whole lot of flavoring. Maybe I’m mistaking the rooibos flavor for the peach and apple? Or maybe the rooibos just overpowered everything. Not sure, but it didn’t work out for me. There might have been a little cinnamon in there…a little. Gave the last cup to a friend, who enjoyed it, so it’s not a total loss. Glad to have tried it.

Peach Apple Crisp sounds so refreshing, doesn’t it? Then you read about cinnamon and think, ok, maybe not refreshing, more like a baked good you eat on a cool autumn evening watching the leaves turn.

I smelled the dry leaf, and then I smelled it again because I was disappointed. You know when you bite into a peach that’s off? You know that smell/taste? That’s what I got here. Not cinnamon, not peach or apple, fake or otherwise, just a bad fruit smell. Not fermented, just bad.

At 4 minutes, 2 perfect spoons and 16 oz of water off boiling gives me a slightly astringent brew, pretty light on the fresh, crisp fruit taste and the vague fruit gone-off taste is still there. Dark amber colour, smells better brewed, faintly of peach and Rooibos.

Dexter3657 who generously provided the sample, and to whom I am forever thankful, is convinced I am not friends with Rooibos. I have had other Rooibos and they are good! Granted there have not been many :) I have enough for another cup, I will throw it in a jar to cold steep, hopefully with better result.

I almost didn’t want to write this because if you don’t have anything nice to say… Also, my review is so different from all the others! Maybe someone will wonder who Pd in my Cheerios this morning.

I didn’t like this one either – in fact I didn’t do well with most of my Persimmon samples. I hadn’t tried many when I tossed that one in your box. Sorry……

Well even if it isn’t positive, it’s still how you feel so it has a place. Also, this makes a useful reference so that you don’t order more by mistake later on!