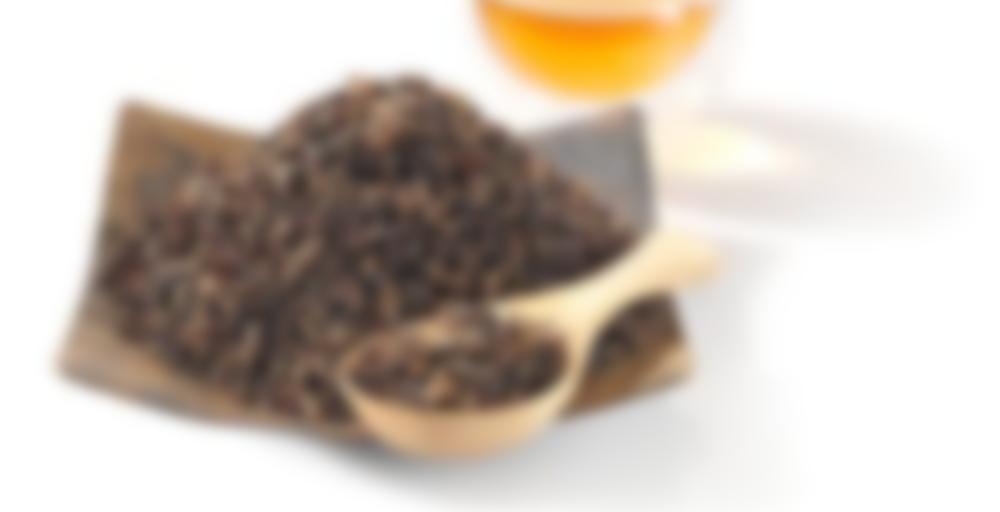 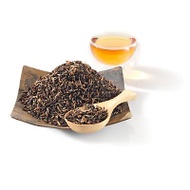 with 34 Ratings Rate this tea Rate This Tea

Comes from one of the finest estates of the Assam region of India. Famous for its fruity yet malty flavor with a tannic red-wine aftertaste. (FTGFOP-1)(Special)

How to Prepare
Use 1 teaspoon tea per 8oz of water. Heat water to 195-205 degrees and steep for 2-3 minutes. 2oz of tea equals 25-30 teaspoons.
Ingredients:
Pure black tea from Assam, India.

One thing I never thing of wile drinking this is ‘fruity’ but…this IS one of the few tea I usually under infuse or I find it bitter.

I never got the hang of this one, either.

Sipdown!
This tea is now officially gone… not one of my favorites for sure but it has been hanging around in my cabinet so I thought I’d try to finish it off. See previous notes if interested.

This is a tea of the month for April on the Classic plan. Unlike the other April TOMs, I have been drinking this one. I’ve had it plain, I’ve had it as the black tea added to stovetop chai. I just haven’t written a note about it.

I like the way it looks — it’s a salt (or maybe light cinnamon) and pepper kind of look with the tippy tan highlighting the dark brown. Distinguished. A touch of not really grey. Grateful Dead stuck in your head now, anyone? Guilty.

The dry leaves have a woody smell with a little damp canvas mixed in, that reminds me of waking up early at a camp site. I get a fair amount of the same from the tea’s aroma, though there’s a mysterious fruity undercurrent.

The difficulty I’m having with this (and other Assams, though I’ve only had them in blends) is there’s an aspect to them that I don’t find easy to love. It’s hard for me to describe, though I suspect the aspect that grates on me is what you’re supposed to love if you love Assams. I’ve read about it being described as malty, but it isn’t what I think of as maltiness. Malty to me is sweet, like the flavor inside malted milk balls. This isn’t sweet. I guess I’d call it more yeasty than malty, there’s something vaguely bready about it. It’s very bold, and to me it often comes across as pretty harsh.

Today I’m having this for breakfast with milk and some sweetener and that makes a huge difference. Perhaps, coming from India, this was a style of tea that was developed for the British milk and sugar palate? It certainly stands up to both. The yeasty flavor is still there, but it doesn’t grab the back of my throat with the additives.

I’m just not sure solo Assam is for me, but as I said, this is really my first attempt. I’ve had it in blends, but not straight up before. So I’m trying to keep an open mind.

Now that I’m at the bottom of the sample, I’ve finally figured out what I was doing wrong. You just have to steep this stuff double strength to get any flavor at all. Is that the case with all Teavana teas?

Haven’t tried too many of their unflavored “plain” teas, but seems to be the case with the flavors, or at least that’s how they brew them when they make them for you in the store.

I’m just conservative (spelled C-H-E-A-P) enough I don’t like having to double up.

Because this is a fluffy and light weight tea, use1 1/2 tea spoon per 8 oz cup instead of 1 tsp. If you prefer a stronger cup, you can then add more teas to your taste. If you need to add milk, then need to count the milk as part of the water. This tea, you can brew a second time, but with less water. I hope it helps. —Nancy

This one was in a recent purchase for me. I wasn’t sure about it because other straight up Assams were a bit like drinking spaghetti sauce. However….this one was fabulous. Mellow. Malty. Had a nice kick to start the morning before a 3 hour drive to work. I don’t get it. A little snow in Northeast Ohio and people forget how to drive. C’est la vie.

Thank you to Wifey_Woman for sending me some of this tea!

I forgot to set the timer when I started steeping this tea (tomorrow my Breville is supposed to arrive, I await it anxiously!) so I don’t know how long I steeped it. Fortunately, I don’t think I over-steeped because it isn’t bitter.

PS: Wifey_Woman … I can smell the blueberry more than I can taste it!

\o/ Breville!!!! Mine arrived yesterday and I’m over the moon. I can’t wait for yours to arrive :)

P.S. Please imagine me doing a happy dance whilst typing the above message.

Thank goodness. That will teach me to let anyone but me clean anything tea related!

More than the actual cleaning (although that is important too) is to allow it to air out. I found that after storing especially fragrant teas, allowing the vessel to breathe adequately was the only way to rid it of the scent.

I don’t usually backlog, but I’ve been watching basketball most of the day. This assam is starting to grow on me a little. I started using a little more leaf and it started tasting better. Much more brisk and robust. It even has that assam taste. Nice.

A very simple breakfast tea to drink in the mornings, perfect for when your tea situation is particularly dire and you are in need for any loose-leaf tea you can get your hands on, so you find yourself turning to the Starbucks of the tea world and paying too much for a mediocre product. Mmm mediocrity.

where are you picking up all these awful teas in las vegas so i can avoid it when i go!

Hahaha well the Teavana is just from the Teavana stores so I suspect its a given their teas are terrible, the other teas were served at the World Tea Expo!

On of the new teas I purchased yesterday on what I should now call “Our crazy tea tour”. Check out my blog: http://littlemewbrew.teatra.de/blog/ for more on that. This tea is pretty good, I can’t say I’ve had an assam ever. But maybe I have but it was called something else? Anyway this is very malty and I really like that on this (finally) chilly morning in Upstate NY. I steeped it perfectly, no bitterness at all. However, there may be some bitterness to being back at work…I swear no one can do a thing when I’m out….right more tea!

Not bad. A solid tea. Only thing I didn’t like is the mad hoards of people in the store. All I wanted was to use my gift card and wow how annoying. I hate that they only have two people showing teas to people and taking forever to do it and 3 others roaming. You can tell them you kow exactly what you want but they still tell you to wait instead of getting it and ringing you up. Also, kept getting pushed into buying more expensive teas when I knew what I wanted. They don’t like it when you shoot them down. For me it was funny. So I got this tea and my very first Yixing Pot which was cool. Yay! For gift cards.

Boiling 2 min, 0 sec
Yours I Like This
6 likes
1 comments
Edit

Heh, you remind me — during the summer I found that Teavana had opened a store at the mall in my home town. I was going home to see my parents for my birthday anyway, and the mall is 10 minutes away, so one day my mother and I went there. There was one guy there, and as it was mid-day on a weekday Mom and I were the only people in the store. The guy kept trying to upsell this that and the other thing. I kept saying no, I just need 2 pounds of the rock sugar and 3 ounces of Golden Monkey. This repeated 2 or 3 times, with my Mom hanging back and just watching with a real “WTF? My daughter refusing to spend money?” look on her face. I knew what I came in for, and that’s what I left with.

They probably work on commission.