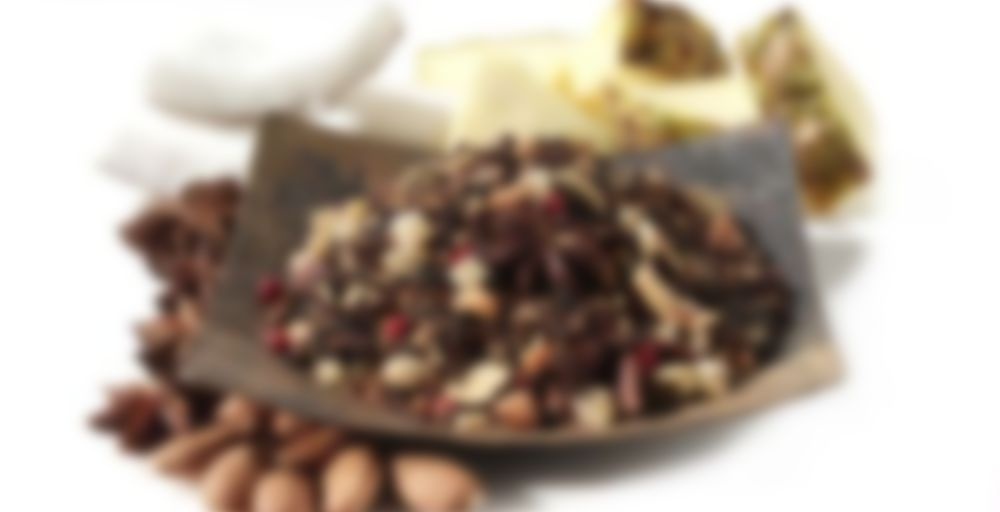 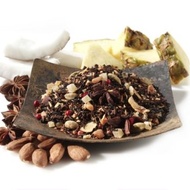 This is Teavana’s interpretation of the popular Thai iced tea blend famous throughout the world. It is a rich combination of Assam black tea and Rooibos tea blended with star-anise, almonds and a bevy of traditional Thai spices. Recommended that you brew it strong for a cup that can be served over ice or combined with milk (or condensed milk) for a flavorful treat. Contains nuts.

Did you know drinking tea is associated with being a pirate? Watching Disney with the kiddo. A song from Jake and the Neverland Pirates goes " swim away, crocodile, drink your tea…a pirates life for me" I am happy to have this one back in the cupboard. So delicious. Not too long ago my wife and ate at Stir Crazy they serve a Thai Iced Tea…..the flavor is weak compared to how tasty this is. Arrrrr it’s a pirate’s life for me.

I always had an affinity for a good seafarin’ mercenary! That must be why.

cool, I always wanted to be a pirate! :P

Thanks to VariaTEA for sending me some of this.
I’ve actually had it before, this is one of the first teas I ever tried from Teavana. I’ve tried so many different teas, from so many different companies since then, but somehow this is comforting to me. It’s like an old friend you haven’t seen in forever. You may have gone your separate ways but still have that bond of memories and shared experiences. This is a bit like that. I think I’ve moved on, but somehow I still like it – maybe it’s a little nostalgic.
Thanks VariaTEA for the trip down memory lane.

2nd tea for today! I realized something about this tea today. I should be eating it with marzipan! I haven’t had any in ages, but something about the floral/sweet/almond flavor profile would taste great with this tea. It steeps for at least 3 infusions and I really enjoy it on cold days like today. Only criticism today? I want more coconut in this…

Ah, another Marzipan lover. You’re right, that would make an interesting combination.

Or maybe I should try this with my infamous Marzi-pancakes. :o)

:O Since you commented I realized that this is the perfect time of year to stalk downtown shops for marzipan! They always bring it out at the German shops; I miss German class now.

I took a good look at this tea before brewing it. This was pretty stuff with interesting bits of dried fruit and red berries, black and blonde shreds, and little papery seed pods. The scent of vanilla was the first to emerge from my cup when hot water was added.

I used a teaspoon in my strainer. The resulting brew looked a little watery. As I waited impatiently for my tea to cool, I kept sniffing it and puzzling. With so many elements in the mix, it seemed strange that all I could smell was vanilla.

Upon taking the first sip, my immediate thought was ’but I just HAD Madagascar Vanilla!

I was a little disappointed. Somehow I expected this tea to be more interesting and exotic after seeing all the neat-looking stuff in it.

I really shouldn’t be comparing this to Celestial Seasonings Madagascar Vanilla, that’s rather unsporting. Still, I’m considering placing this in the same box to save space in my cupboard. Except for the kick of caffeine from the black tea, the two taste exactly the same to me.

It’s not as though I don’t like this. I find the vanilla and Rooibos combination, though a bit unexciting, strangely addictive. Rooibos is something I like to think of as the African answer to sassafras. I was initially put off by it’s trendiness but after my first sample, it grew on me. I rather like the undertone of sweetness. So now I have a caffeinated version of Madagascar Vanilla. That’s fine by me but I like my variety and hate having the same tea twice in a row. I’ll just need to remember to keep both versions together so I don’t make the mistake of drinking one after the other. Cause I hate when that happens.

I bought this on a whim when Teavana was offering a free tin with any online purchase. When I opened the bag I was hit with the aroma of sweet egg nog, and my father made the same remark when he sniffed it. I brewed it and the egg nog dulled into a soft & pleasant vanilla. The tea itself was medium-bodied and very sweet with a lovely spice undertone. I added a small amount of raw snowberry honey and it was perfect! A new favorite blend from Teavana. :)

The old Thai tea from Teavana was, by far, much more impressive in my opinion. In fact, I only picked this up to see if was some thing close in taste.

I find it very sweet perhaps that star anise. The almonds are a nice touch to the hint of spice I taste. The rooibos doesn’t seem to be present in this flavor profile.

Cha Yen Thai Black is one of my utmost favorite blends of all time. it’s spectacular. its spiced but not spicy, with a nice twist of the star anise and and nutty overtones from the almonds. It’s Perfect…PERFECT I SAY!!!!! i love it. brew it strong, mix with sugar and milk. AHHHHHH…So good.

Got this yesterday, along with Fig Rose, Spice to Life and a bag of German Rock Sugar. For fans of Teavana’s Zingiber Ginger Coconut, and the Maharaja Chai Oolong/Tulsi Dosha Chai Rooibos blend, you might want to check this out.

I think I like this tea well enough to finish the bag, but don’t think I’ll buy it again.

I was recommended this tea by a Teavana employee when I asked for a traditional chai tea. I don’t think I got what I was originally asking for, but I haven’t been completely disappointed. I prepare this tea right off the boil and steep for about 3 minutes. Good taste, I especially enjoy the pronounced spices. For a long time coffee drinker who is new to tea, this was a good replacement for my usual morning cup.

After reading other reviews, I want to try and prepare this as an iced tea.