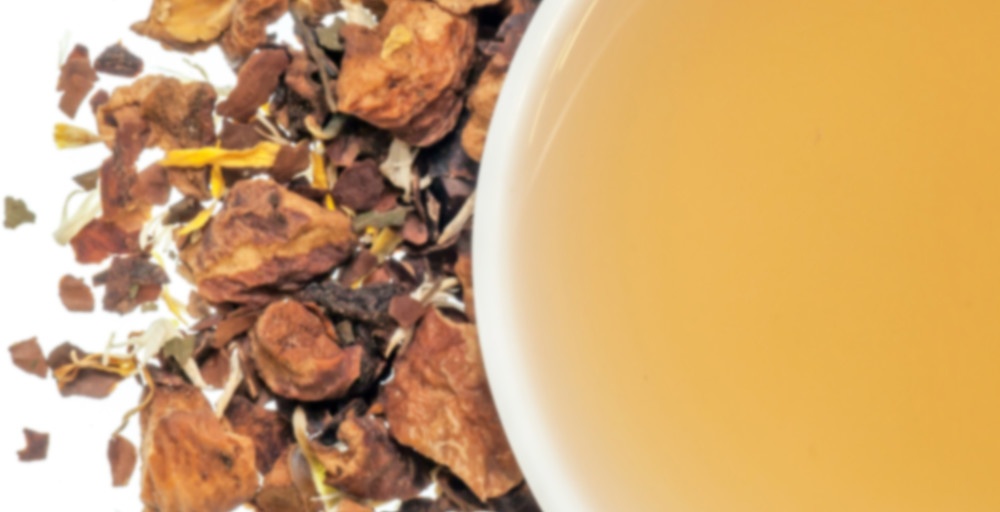 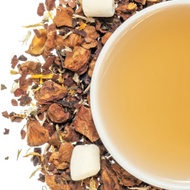 This blend delivers a very dark chocolatey aroma with a smooth creamy silkiness and just a little bit of a coconut spice in the background.

From the TTB
I came home all jet lagged and cranky from travel and made a nice cup of this before bed. It’s chocolate with a hint of cream and a small spicy aftertaste. It’s one of the better chocolate blends I’ve tasted, not chalky or artificial. I might have to check out what else teasource has to offer.

Advent day 4! A robust chocolate flavor, that doesn’t have that synthetic profile so many chocolate teas suffer from. The apple definitely gives it a tanginess that is interesting with the chocolate. I love that it’s an herbal as well.

I don’t usually like chocolate-flavored tea, but I enjoy this one. :)

Holiday Tea-son! This was another tea I had in a holiday sampler from TeaSource that I got shortly after the 2016 holiday season and… I sadly haven’t tried it yet. Though I have sampled this tea before at Twin Beans, which is pretty much the only place in my little town to order a cuppa (we have tons of coffee shops but only one of them has decent loose leaf as an option on the menu); they source a small selection of TeaSource teas and this happens to be one of the ones they keep around, and I know I’ve enjoyed it with one of their amazing crepes before. I’ve been drinking Cocomint Green tea all day (but was on the phone with family and didn’t have a chance to do a write up so I still need to get around to that!) and am still feeling in the chocolately mood. Just switching to a non-caffeinated option, since it’s back to work for me in the morrow.

I love the smell of this herbal! It’s chocolately, but it smells a bit nutty to me too, so the aroma of the dry leaf comes off like Nutella to me. There is nothing nutty in the ingredients, so I’m not sure what is giving me that impression in the fragrance, but I have no complaints. Smells sooooo good!

The steeped tea smells like melted chocolate and very sweet, and I still am getting a hint of nuts, though not as strongly as the dry leaf. The flavor of the tea is reminding me a lot of that Tiramisu herbal from Citizen Tea that I tried a few months ago and loved (I finished that sampler off), with a few differences. Both have that sweet and slightly tart apple note to the base, but I’d say that the Tiramisu tea had a more caramel/toffee-forward note with a more subtle chocolate flavor and some subtle hints of coffee, and this tea is very chocolate-forward in its flavor. I’m getting a strong cocoa flavor, and note both milk chocolate and bittersweet dark chocolate and hints of nuts; the finish comes back around with that tang of green apple skin.

It’s a nice dessert tea; comparing both, it’s a hard call; the Tiramisu is probably a little more varied in flavor, but this is definitely a better choice for a good chocolately flavor. They are similar enough that, trying to narrow down space in my cupboard and with Citizen Tea being in Canada and therefore having expensive international shipping for me, I’ll probably keep this one in stock instead as a dessert herbal. It definitely makes a nice sweet late-night cap.

Day 3 of my advent calendar from Sara!

Out of the bag, it smells like roasted chocolate! Mmm. I smelled it brewed and opened the TeaSource page on it without even tasting it yet. There was a train station I would stop at on the way to work, to catch a shuttle. It was near a chocolate factory, and a few days a week the whole area smelled like chocolate. This smell is bringing me back there.

I took a few sips. Roasted chocolate, and a hint of apple. Okay, I ordered four ounces.

Yeah, that’s good. I’ll bet it would blend well with others too.

And would you believe I actually haven’t even tried this one myself yet? Maybe I should, hahahaha!

Oh I believe it. I have the first tasting note for it on Steepster!

Yes, I see the blend has been long updated since it was added to Steepster. Like I would ever send you something with marshmallows in it, pfft.