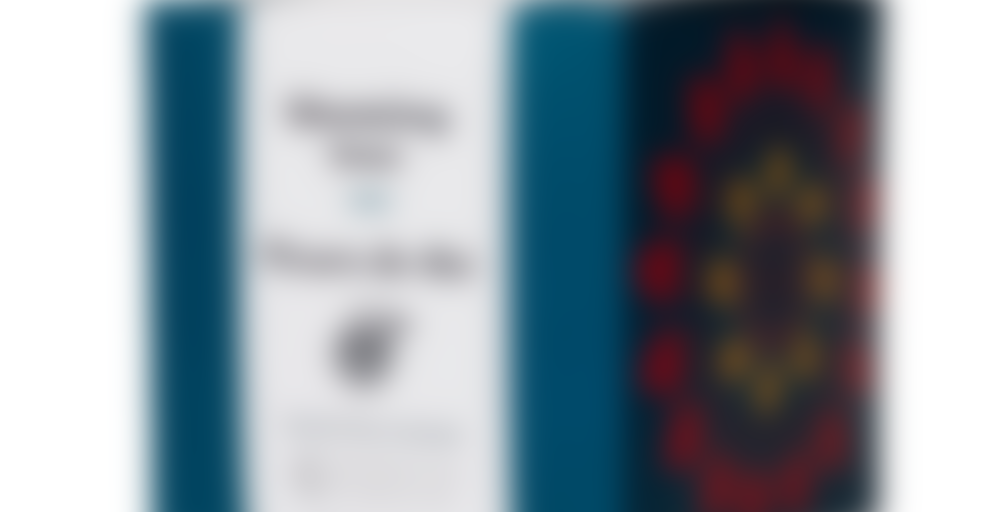 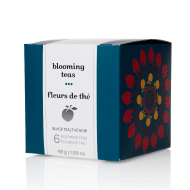 A fruity bouquet
These hand-crafted blooms taste just as lovely as they look. Each little wonder contains a beautiful blossom of lily and jasmine flowers. Just drop a ball into your glass teapot, watch it unfold, and meditate over the fresh aroma of juicy peach, ripe strawberry or sophisticated lychee. But the real surprise comes in your cup, as these particular blooms come loaded with a big fruity burst of flavour. Could life be more zen? Each box contains two of each flavour.

So I forgot about the pot of this and went to the gym and now it has gotten quite cold. With that in mind, this is making for a sweet and juicy cup. When it is hot, I taste more of the tea flavor and the lychee is not quite as artificial. As it is now, this tastes almost like a child’s juice box due to the heavy artificial sweetness (oh god that sounds far worse than it actually is). Right now, the sweetness is quite satisfying actually but typically I think I prefer this hot.

I wish I had a clear teapot to make use of bloom teas. The only one I actually own (I know – just one teapot…) is one I made for myself, as part of an art course (it’s fully functional). Bloom teas seem like such a waste when you can’t actually see them…

Yeah, they are usually not bad flavor wise but definitely not worth buying unless you can enjoy their blooming. Also it is quite cool that you made your own teapot.

The town I moved from had a traditional styled English Tea House that was only a block and a half from my house, however at the point of my moving I was not heavily into to so I’d only been there a few times (three, I think?) despite having lived next to it for nearly ten years. Two of the times I was there I just got peppermint tea, but one of the times I got a pot of bloom tea (I can’t remember what it was called, though) and it was just beautiful and I remember it tasting great, though I’m sure my pallet is much more different now… When I go back up in January for late Christmas I’m going to make the effort to stop there, now that I know I’ll appreciate it more.

You can use a canning jar. Not as pretty, but it works!

Drinking this tea is just like biting into a fresh lychee. The flavour is incredibly well captured- I am very impressed. Black tea taste on the finish which is balanced with the lychee. I wouldn’t expect lychee to be the best compliment for a black tea but these tastes work well together. A bit reminiscent of lemony-taste on the start. Sweetness on the finish and after taste.

Blech. I usually love David’s Tea and I also usually love fruity teas, but this one is NOT for me. It’s tolerable, but leaves some sort of weird aftertaste in my mouth that won’t seem to go away. Ugh…I feel like I need to brush my teeth about 10 times…

another cold brew bloom from variaTEA I have to give THIS one credit for being very lychee like. The flavour is really nice, though i wish it were stronger. I did brew this one in less water than i should have to try and make the flavour a little stronger but it’s still not as punchy as i want it to be. that being said, if david’s made this into a loose tea, i could get behind it. :) thanks again variatea! these have been fun to play with :)

So I took this and a Strawberry Bloom out of the SSTTB for later use; I have had both before, but I really wanted to try them again to see how they compare with my memories of them. I’m also like 95% sure that it was VariaTEA who added them to the box, and that’s who I got them from the first time around, too…

I actually cold brewed this one, and then took it to work. I decided to focus entirely on the taste of it, and not just the aesthetics since, of the peach, strawberry, and lychee blooms, this is the one I thought had the most interesting/distinct flavour the first round I had them.

This time around, I thought it was a much more juicy/plump lychee flavour with subtle floral notes and a milder black base in the background, which is definitely different than what stands out from my first experience (malt and chocolate notes). And of the two, I think I definitely prefer the cold brewed version. I like lychee, and this way was significantly more lychee flavoured.

I’m done with this bloom though; I don’t really feel a need to have it again. I did enjoy it, though. Obviously.

Hello my name is Charlotte and I am obsessed with blooming tea.

It’s just so lovely and special. OKAY IT’S A WHOLE ENTIRE FLOWER IN YOUR TEA AND THAT’S IT WHO COULD NOT LOVE THAT?!

Anyways, today after my driving class I took a little stroll down to David’s tea, and discovered their blooming tea. I’ve had other types of blooming tea before, but today is the first time I noticed it at David’s tea.

As for the taste, the Lychee Bloom basically tastes like lychee fruits! Haha. Just not as sweet as usual. If you’ve never tasted lychee before I can describe it to you as kind of like a grape or a pear flavor, or even a combination of the two. Lychee fruits are really sweet, but it’s hard to get that sweetness in a blooming tea.

I’m sorry I don’t really have much to say about this other than that watching the flower open in my glass was basically the highlight of my day.

to me, lychee means absolutely nothing, so I didn’t know what to expect. I was pleasantly surprised. Loved it’s weirdness. David’sTea call it sophisticated and I think that’s the best way to describe.