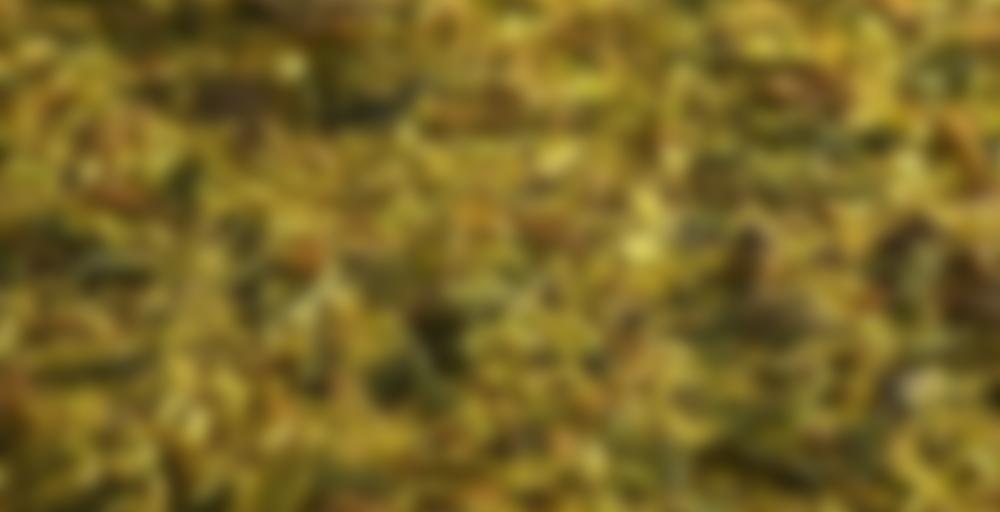 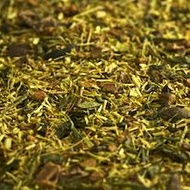 You can have it all

On the surface, this seems like a delicious organic chocolate tea with a nice hint of cinnamon. But take a closer look and you’ll find that it’s actually an arsenal of flavonoids and other immunity-enhancing compounds. That’s because it contains both green rooibos and green tea, two impressive sources of antioxidants. So while you indulge, it’s secretly fighting free radicals and other bad guys.

My beloved Super Chocolate is STILL unavailable from the DavidsTea site. It’s been three months now!

A dear friend recently visited Halifax-Dartmouth, where there’s a bricks-and-mortar DavidsTea, and brought me back a packet. I am sipping the second infusion now. Not as much chocolate or cocoa taste in this batch, but plenty of green rooibos and a bit of cinnamon. I can see what DavidsTea wants to re-formulate this blend a bit — if only to make it consistent from batch to batch. It’s always been good, though. (I wish they’d hurry up!) Delicious and refreshing and a bit sweet. Excellent evening tisane. Love.

Agreed! I haven’t had it from multiple batches, but I need more.

I er, um, well, knew I was getting bags from different batches because, well, er, I ordered SC in 250g bags. (Those big bags might last me 6 weeks.) And then I’d have kind friends buy me some from stores. Subtle differences between some of the big 250g bags and the bricks-and-mortar blends. Relative freshness might play a role there, too.

PLEASE, DT, hurry up with the Super Chocolate. I’ve got 25 (!) grams right now, each TB getting steeped twice. A sweet friend is going to get me $20 worth the next time she’s near a DT store, but we’re not sure when that might be … I’m convinced I feel better after knocking back this particular rooibos blend.

Wow! I knew you liked this tea, but didn’t realize how much.

My store has never carried Super Chocolate as it opened in December. They don’t even know what I’m talking about when I ask after it. But if other stores still have it I should try to make it to another location. If I luck out, I’d be happy to send a bit your way!

You sweetheart. Thank you for thinking of me!

I e-mailed DT today. They tell me that Super Chocolate is expected back in stock mid-April.

I just saw a post stating that Super Chocolate should be back this week or next at latest. Hooray!

So… I did a Bad Thing today, and my mom and I went to DavidsTea. Turns out the one here has many of the online-only teas, so I picked up some Super Chocolate, and a few other teas I didn’t need….

Anyways! This was delicious as usual. Both parents seemed to like it. I remember how much I loved it. Glad I bought it :) Re-steep excellent as well.

As time goes on I enjoy this tea as much as I enjoy chocolate ( which is a lot ) I mean like the chocolate aroma and all around smell surrounding this particular tea is pretty outgoing and “friendly” everytime I drink it I am reminded of bitter sweet chocolate and like very closely. At first try ( see my first tasting note ) I wasn’t quite fond of it because I was expecting chocolate chocolate, but not when I drink this tea I know what to expect so it’s even better! I will bump up the rating because seriously it’s one of my faves now!

This tea may take my green rooibos virginity.

It took mine, and I don’t regret it :D

Well at first I did, but the I retasted and I digged :D

I have to agree that the chocolate flavour in this tea wasn’t what I was initially expecting, so I wasn’t the biggest fan to begin with, but it clearly grew on me for what it was, not what I thought it should be!

I accidentally let this one go to 7 minutes when I only meant to do 4 or 5. Steeped, this smelled like Candy Cane Lane. I’m guessing that was from the green tea/cinnamon combination (Candy Cane Lane has cinnamon, right?).
As for the flavor, I’m not sure how much my longer steep affected this. I’m not really getting much chocolate flavor, which is a disappointment considering the name. The flavors here are pretty light, but it seems like cinnamon is the main one.
I think I’ll try cold brewing this one to see how that goes. I’ve been on a cold brewing kick lately, now that I’ve finally learned how and given it a try.

Le sip down. It’s one of those that you quite enjoy but aren’t really going to miss it. I liked the green rooibos. They add a nice touch (and there should be more green rooibos teas out there). Although I’m a fan of cinnamon, and spices in general, the cinnamon here was a little too two-dimensional. If you like getting kicked in the face with cinnamon, this is your thing, but otherwise, it may be a little too boring. Still a good option if you want a flavoured green!

A huge thanks to Janelle for sharing this with me. I only found out about it after DAVIDs discontinued it, and Janelle graciously shared some with me in a sealed sample-size envelope. Thank you!

I’m enjoying this more as I drink it, and as it cools. Initially it was a bit faint on the chocolate side, and yet now it’s surprisingly chocolaty. What I thought were chocolate chips were actually nibs, and they do well at imparting a dry cocoa feel and taste to this. I’d definitely buy more, were it available.

Mmm, you’re so lucky to get to try this!

I am running dangerously low on this one, but absolutely had to break into it tonight. This day/week has not been going my way and I knew this was the one I needed. It’s good on many occasions, but it’s perfect to wrap up in a blanket and wallow with for a bit.

It’s got me feeling much improved with its intriguing spicy, earthy chocolateyness. I never know how to describe this one because it has so much going on. Yet it all works together so well. It’s not sweet and dessert-like as one might think from the title. Instead, it’s mellow but complex, tasting more of dark chocolate than other chocolate teas I’ve had. I don’t tend to like cinnamon teas, but the cinnamon in this just helps highlight the chocolate and doesn’t give me that weird mouth feel I sometimes get from cinnamon.

This tea makes me want to sit down and contemplate life. I hope it comes back ASAP!

I’m so excited! and I just can’t hide it! I’m about to lose control and I think I like it :P
So… GUESS WHAT??!? The new David’s opened up near my work! I’ve been waiting for them to open shop for weeks. Weeks I tell ya!!
Anyhow, I got a cuppa this, even though I didn’t really expect to like it. (I’m not a sencha fan, which is the base here but the sales girl assured me that it was mostly hidden by the strong chocolate notes)
Well, holy chocolate, she was right! I couldn’t taste much green at all in the first steep. Even the second steep was almost just as intense, maybe a tad less, but the third definitely brought out the green. That was where I started to finally tire of the flavour, and the green kinda aggravated me with it’s harshness. Still, if I happened to enjoy sencha, I’m sure this one could go for seven steeps. I’m much more impressed than I intended to be :)
—I was expecting to pan this one!

This smells AM-A-ZING dry, like a posh chocolate biscuit, or hot chocolate mix. There’s something slightly “green” about it, too, which at first I assumed was the green tea. It’s not the characteristic dank small I associate with green tea, though, so I’m actually thinking it might be the green rooibos. I don’t have any previous experiences with green rooibos to compare, though, so I could be wrong. Either way, it’s a nice smell, and I like it. There’s a slight hint of cinnamon, too, and the combination is somehow slightly Christmassy.

Brewed, this smells much the same as it does dry. The taste is slightly weak, although that might be my fault for being cautious with the brew time. The initial sip is a little bland, but the flavour really develops in the aftertaste. I’m surprised how well the chocolate emerges, especially given that it’s up against two strong flavours in their own right. Mostly, this tastes just as it smells – chocolate first (if blindfolded, I’d probably be convinced this was hot chocolate), a hint of cinnamon, and then a subtle earthiness from the base teas that gives the whole thing some depth.

I’ve got enough left for a couple more cups, and this is certainly one I’m going to enjoy trying again. Maybe I’ll be brave and extend the brew time a little! This is lovely as it is, though – thank you to Courtney for another generous sample!

I was both hopeful and not hopeful about this one. I love chocolate, but nothing tastes quite right without real chocolate on it. It turns out that I was right to be wary. This tastes like chocolate flavoring with a hint of light cinnamon. It’s not bad. Actually a bit soothing, but I was hoping for more realistic chocolate taste from something called “Super Chocolate.”.

You know what’s great, though? Hold a piece of mint chocolate in your mouth and take a sip of this tea hot. Mmmmm.