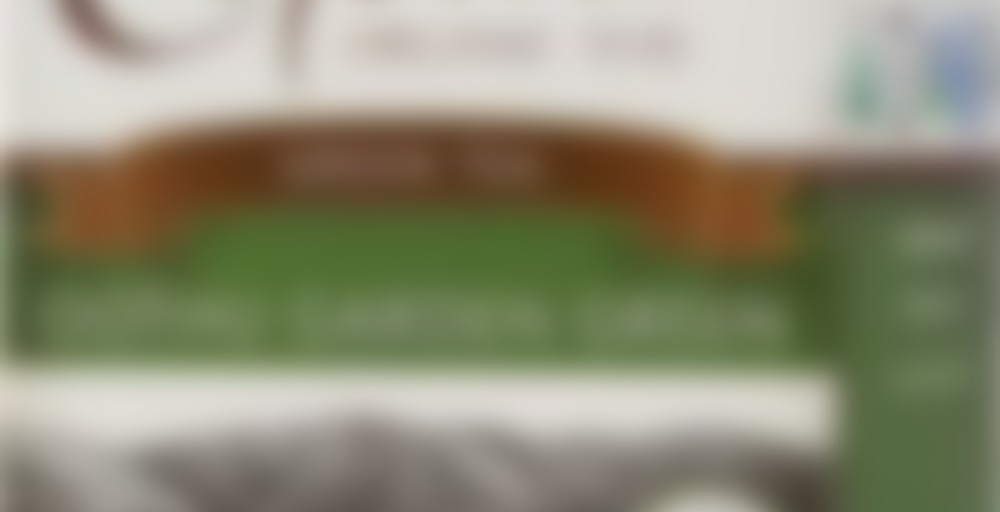 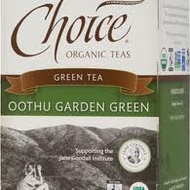 by Choice Organic Teas
73
You

Brighten your day with this sophisticated, single estate tea from one of India’s first organic and Fair Trade Certified™ tea gardens. Nestled in the Western Ghats Mountains, Oothu’s surrounding rainforest is home to a tiger reserve and many other endangered species, including the lion-tailed macaque, a primate endemic to this specific region. The taste is crisp and lively with a sunny color sure to inspire.

It smells like tea.
It’s from Japan.
I watched some youtube videos on Japanese Tea Ceremonies and decided to try this.
I like it.
No milk, honey, lemon needed.

12/6/2012 – I have a couple of bags left, I don’t think I would buy this one again, but the name oothu oothu oothu name sounded strange and exotic, just the way I love my women.

R U tea drunk too?

Thanks TeaEqualsBliss for this sample. It’s an OK tea for me, not quite the kick I need to get this gloomy and rainy day started. It is sweet and slightly vegital. Not a bad start to the day…but I need a kick in the pants this morning, :)

I’ve been on a loose leaf green tea kick, so I’m pleasantly surprised at how good this is (and not just for a bag tea). I brewed it for 3 minutes at exactly 175 degrees (bwahaha my new kettle lets me heat water to precisely the temperature I want/need). The color really is sunny! The brewed smell is vegetal and sweet. The taste is vegetal, a tad astringent, and even a little buttery. The astringency gets stronger as the tea cools and it starts leaving a dry feeling in my mouth. Still drinkable, but not as good as when the tea is hot.

overall, this is not something that I would go out of my way to stock, but I wouldn’t mind having this if offered.

Thank you TeaEqualsBliss for a sample of this tea!
This bagged green is pleasant. Nothing about it really stands out; it’s mildly vegetal and a bit sweet. This is my first tea from India as far as I can remember, so that’s kinda cool!

I thought I had posted at least one other tasting note on this tea, as I know I have had it several times in the past … I even cold-brewed it for iced tea during the summer.

This is a decent tasting bagged tea, pleasantly grassy and sweet. As the tea cools, it becomes slightly sharp but not what I would consider bitter. The grassy notes intensify as it cools too.

Originally published at The Nice Drinks In Life: http://thenicedrinksinlife.blogspot.com/2012/08/choice-organic-teas-oothu-garden-green.html

Now here is a pleasant cup of tea. More and more often lately, tea purveyors try to make a cup of tea into more than just a cup of tea. And that collective endeavor certainly has its merits. New places are planted with tea, new styles of tea arrive, new blends and flavors are offered, and so on. Imagine if instead of the fast-paced world of tea we have now, we had a world in which the menu had not been augmented in a couple of centuries: a handful of black teas, a couple of greens, an oolong, and maybe a couple of herbals; and nothing else. Instead the tea drinking world is vibrant, growing, experimenting – in a word, thriving. I am glad that I live in this world and not an alternate.

However, nothing is perfect. There are some drawbacks to the fast pace, and notable among them is the fact that it becomes difficult sometimes to just get a nice, simple tea. Very often nowadays, a tea list will include a few standard varieties hidden among dozens and dozens of zany flavors and odd roastings, strange combinations and weird herbs. Those are all very nice, and many of them have people who think they taste good, but can’t tea purveyors pay at least as much attention to tea-flavored tea?

Choice Organic Teas’s Oothu Garden Green opens with a somewhat sweet nose, fruity and tannic. The palate is also tannic. It is smooth and buttery (that is to say, both rich and light), with a somewhat mild finish. This is not an intense tea. It is not malty, it is not brisk, it is not packed with a million different elements, and it is not trying for anything in particular. It is just a good brew, sort of like that one great friend who is always relaxed, level-headed, a good listener – the one who has plenty of fun but does not always feel the need to be wacky about it. When sipping the Oothu, I thought to myself how nice it is that I can have a cup of tea that I do not have to “deal with;” I can just sit back and enjoy it, letting the mind unwind and thoughts pass by without interference from all sorts of elements in my beverage.

A rare treat in a crazy world.