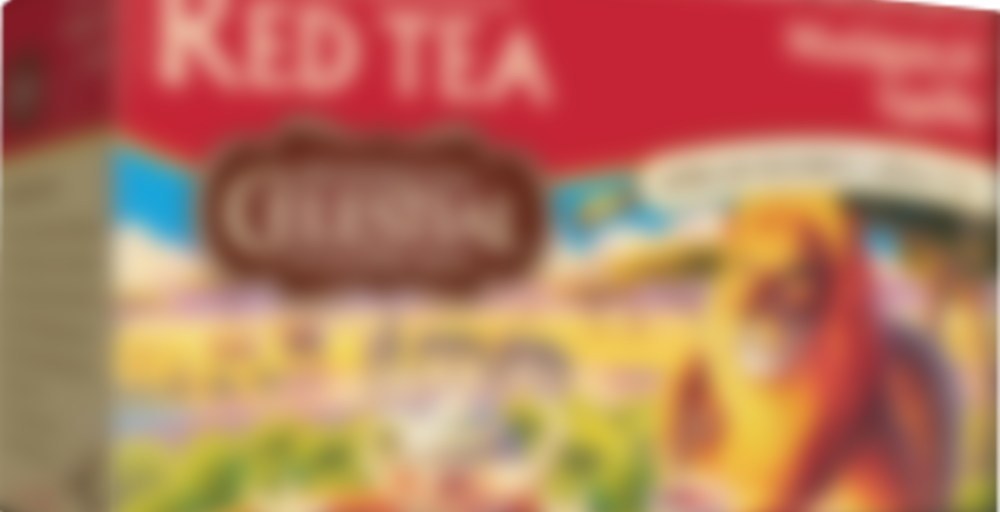 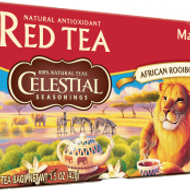 by Celestial Seasonings
72
You

with 77 Ratings Rate this tea Rate This Tea

“Native only to the mountainous Cederberg region of South Africa, Rooibos (or red tea) is naturally sweet and has a slightly nutty flavor with hints of cherry and toffee. In Madagascar Vanilla Red, pure Rooibos is perfectly complemented by the rich flavor of sweet, creamy vanilla — resulting in a sublime and satisfying tea experience.”

Lovely evening. RAIN! and cool enough hubby baked homemade pizza and break-n-bake chocolate chip cookies. This is a lovely, sweet, complement to tonight’s dessert. The vanilla is significantly stronger than the rooibos flavor. Actually, this would make a fine dessert on its own, but I am not letting perfectly good cookies go to waste.

made a big mug with frothed milk on top. MMMmmm. Very soothing. A simple treat.

Boiling 6 min, 0 sec
Yours I Like This
8 likes
1 comments
Edit

I’m drinking this tea tonight because I needed a simple tea (without caffeine) after all of the food I had today. This weekend I am studying for a big exam on Monday and when I get stressed I have the urge to bake. It sounds strange, but baking helps me relax. I made a gooey butter cake (thanks to the 52Teas blend in its honor & the suggestion from Azzrian) for dessert tonight and couldn’t deal with all of the sweet teas I have. I used two teabags for this cup tonight and it tasted significantly smoother than my first cup. I think I will keep using two teabags with this tea. As for the butter cake… so good. It’s the kind of thing I can only have probably once a year!

My Mom brought this one on her own which is a little bit odd considering she really only drinks black teas with the occasional green tea. But I like vanilla and I like rooibos so I’ll go with it.

Steeped up in a large mug for the maximum recommended time, I get vanilla and rooibos but nothing, you know, stellar. It’s a nice solid cup for before bed and I’m glad to add it to my nighttime rotation there. Since I finished off the Mandarin Green Tea last time I was out here, I’ll need to be getting a few more of non-black teas to add to it.

Tea of the afternoon here… planning to take it easy for the day since the Aleve regime the Dr. has put me on is making me totally nauseous. Not fun when you have to make a choice between being in pain or feeling sick to your stomach.

Anyway rooibos does seem to be good for settling the tummy and this is a good bagged tisane to have for that purpose. It doesn’t have a lot of funky flavors, just the nice creamy vanilla. Good with a splash of soymilk today. I think I’ll need to keep a box of this on hand.

Can’t win, eh? I’m sorry you’re not feeling well. I’ve never tried rooibos with nausea, I’ll have to give it a go next time round. Feel better soon!

Thanks guys, I hope to stop complaining soon :)

Like Bengal Spice, the box for Madagascar Vanilla Red has a big cat on the front. This one is a more fanciful picture of a lion taking a break from pursuing zebras to enjoy a cup of tea.

Madagascar Vanilla Red contains Rooibos, which is what prompted me to buy it. Though I didn’t want to admit it, I was curious about the stuff. Being out here in the sticks, I tend to make fun of the latest thing from the coasts. It‘s kind of a pre-emptive move since those who live there get to try anything trendy (which is usually available there first). Then, when they prattle on about it and people from the middle of the country don’t know what they’re talking about, they sneer at the ignorant hillbillies and our backward ways. Pardon us if we get a little defensive.

So I’d been rolling my eyes for a month while my Facebook friends in CA posted about all the rooibos blends they were sampling. “Well hoity toity,” I muttered. “How do you pronounce it anyway?”

It’s Roy boss, but by the time I had the box with it’s pronunciation guide, I was already mangling it my own way. This is a common form of entertainment in my family. I called it Rue ee booze. Then I was told that my nephew in St Louis was pronouncing it like the half giant’s name in Harry Potter, Rubeus. I have since adopted this practice. Yeah, I know how it’s SUPPOSED to be pronounced, but being an Arkansan and doomed to be perceived as a backward hillbilly no matter how edjumacated I become, I might as well have a little fun mispronouncing it.

Rooibos is to me a sort of African answer to sassafras. I’m not saying it tastes like sassafras, but it has a kind of unique sweetness that parallels it in my mind. It is fun to try different blends to see what goes with it, now that it’s available here.

I was kind of ho hum about this tea at first because it has no caffeine and seemed a bit boring, but it has grown on me. I like the vanilla and enjoy this hot or cold, plain or as a dessert tea with sweetener and coconut milk. Madagascar Vanilla Red has become like a dear friend. I‘ve developed fond regards for this tea, very much like those I have for the character I like to pretend this tea’s ingredient is named for. It may not be the most exciting thing in my cupboard, but it has a welcome place there. Sometimes the warm and familiar are just what I need.

Nice review!
Everyone at my house calls it Rubeus, thanks to Leif’s pronunciation of it so. I love Hagred, & I like the way Rubeus sounds, & I’ve never been satisfied with Royboss, even if that is the proper pronunciation.

As a fellow almost-Ozarkian, you pronounce it the way you want to, friend! Love the lion on the box. Fond and familiar tea is a wonderful thing.

Very good quality Roobibos & the vanilla isnt too strong, Lovee this tea. A bit of cream makes it even better =]

I bought this because I have been on a listening glom of the No. 1 Ladies Detective Agency audiobooks and had no idea what bush tea was or what it tasted like, and I wanted to know. I wonder how many of us from continents other than Africa did essentially the same thing?

Anyway — this afternoon I am trying it straight up, my usual 2 bags to a pretty large cup (8-9 oz.) of microwaved water. I didn’t time it carefully.

I have tried it before with milk and with the famous fat-free half-and-half, and it’s growing on me.

All by itself, it smells earthy with a strong current of vanilla. More nutty than woody, maybe a bit like roasted pecans.

To me, it tastes almost NOTHING like it smells. All I can taste is the nuttiness. No flavor of vanilla at all. A much simpler taste than scent. Vaguely disappointing if I think of it that way, so I am now sipping it in a zen-like “be here now” non-judging manner.

It’s warm and comforting and I want to go back and sit with Mma Ramotswe while we sip.

Maybe more later, re-visited with something added to the tea.

Minor update: as the tea cools a bit, I’m getting caramel – maybe an echo of the vanilla.

I’ve tried a lot of new things because I read about them too.

Having a mug of this at 3am, double-strength. No reason not to when it doesn’t have the caffeine or harshness of regular, camellia tea. Vanilla is still a bit too dominant in the flavor but it’s a really nice combination.

This is less a commentary on this particular tea than on rooibos in general… but with this around, why ever drink plain water? I was just doing it to avoid the downsides of proper tea.