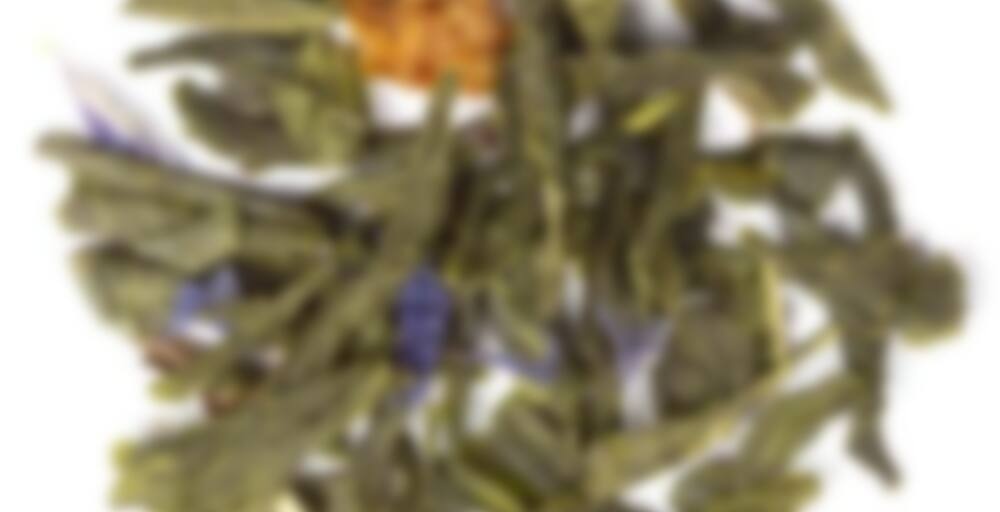 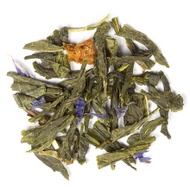 Green tea from China with the robust flavors of bergamot. Makes a light and refreshing drink that’s popular both hot and iced. If you are new to green tea, this flavored tea may be a good place to start.

Another from Teabox B! I didn’t find any bergamot here at all, but now I know Adagio’s green tea base is just as loveable as Adagio’s black tea base. I REALLY like their bases, so their flavors aren’t hiding any terrible teas. Which is bad, because I’d love to try everything from Adagio. It’s a nice flavor of green tea, with something creamy about it. But this rating is for an EARL green and not the base!

I cold brewed this one and it was so disgusting. bleh. I had to throw away the whole thing :(

In a word: underwhelming. There’s an unfortunate combination of the green tea base not being very flavorful (presumably because it was chosen to be flavored), but the added earl grey flavor is also quite weak. It’s not unpleasant to drink, it’s just… boring.

Not a bad tea, but the combination of the astringency of the tea and the bergamot makes for a somewhat bitter drink with a very dry mouthfeel. Mixed with a mellower green tea it is quite nice.

Surprised to see the low ratings for this tea. I‘m enjoying this one way more than I expected. I’ve tried other green Earl Greys which left me wanting to wash out my mouth with soap. This tea has a bright, invigorating flavor with notes of orange, mint, and cardamom. The green tea base lets the pure bergamot flavoring shine through. My favorite way to steep it is by adding a little bit to spent green tea leaves.

Another tea from the leap year order.

This one I decided to try straight. I’m not usually one to add much to green teas unless they are heavily flavored. so I wanted this straight. It’s… well I can taste the green tea, that’s for sure. I’m getting the grassy notes that I would expect from a green blend, but the bergamot is pretty subtle if present at all. In this case, though, I feel that may be a good thing. I don’t think a bitey bergamot would mesh well with the grassy green. I could be wrong. I don’t know if I’ve had a green EG before? Not sure. This seems different.

There is a floral note to this but it is pretty weak. Actually, the tea as a whole is mild. It tastes like average green tea. That’s about it. The more I drink it the less I taste any amount of Earl Grey in it. Perhaps I brewed it too weak? I used 1.5tsp/12oz/2min/180F, so I followed the directions. Maybe I will add a bit more leaf to this next time. I’ll hold off on any final judgement until I can fiddle with the brew a bit.

I like it for what it’s worth. It’s light but flavorful. It’s a good tea when you can’t decide exactly what you want.

This is another one from Adagio’s Earl Grey sampler that I thought I wouldn’t like. I was glad to be proven wrong. The Earl Grey flavor was milder with this one, which I think is the right decision for a green tea. It was very balanced, a nicely flavored green tea.

This is actually surprisingly good. Usually I’m a devotee of traditional black earl greys, but this one has the same bergamot flavor I love with a much lighter base. The green tea isn’t overly flavorful, but it’s also very hard to burn. I know I mention this in a lot my reviews, but resilient teas always get extra points from me. Do I have an automatic tea maker to baby my teas with? Yes. Am I frequently forgetful and clumsy when I make tea on my own? Also yes. I’m also generally not a fan of teas with orange peel (they always taste bitter to me), but this one is not overwhelming. The tea is not overly acidic, either. This is definitely not the best flavored green I’ve had, but it’s a great way to try out an EG with a different base.

My very first Adagio tea – ever courtesy of Adagio. Of course it had to be Earl Grey green. I always think Earl Grey black when EG is mentioned, but in truth I probably prefer green just a wee bit more. It is clean and crisp and seems a tiny bit more exotic or something to me.

Back in my early tea bag days I drank Bigelow EG black in quantities that made my stomach burn in pain. I then discovered Twinings EG green but it was discontinued. Then came my Ahmad obsession. During this time I discovered loose leaf. I also discovered loose versions of EG green are few and far between.

All that background clutter was free. On to this tea. It smells pretty fantastical of bergamot. The leaf has blue cornflower just because it is pretty. The tea leaf is long, straight, and flat. I under leafed unintentionally. Used 180 F water and a 3 minute steep.

Despite not using enough leaf this is still pretty good. The bergamot is stronger than many of you like it but not over the top by my standard. It is sweet and almost creamy.

The second cup at 4 minutes and 190 F, is the same bright yellow cup. The taste is more a mingling of the green tea and bergamot. Sweet and ends with a strong citrus. If it wasn’t so hot outside this would be awesome for porch sitting if sweetened and iced.

I wasn’t sure what to expect with my first Adagio tea. Immediately steeping a second cup pretty well tells the story.

We’re roasting, too. I think due to overshadowing by the fan-fic/tribute/blend-yer-own marketing elements at Adagio, I’ve just forgotten that they have pretty good tea.

I picked out a few to try. One is a strawberry black. I think the rest are unflavored. I looked through the fan stuff and it just didn’t seem me. As for roasting – even at 7 am the porch is sticky. Drinking way too much bottled Lipton green citrus tea.

We’ve already spent a week with temps hotter than it got all summer last year. I like Adagio’s Fujian baroque and their herbal Foxtrot (which I’ve kinda learned to replicate on the cheap) was the first tea I ever bought a pound of.

We will be 100F tomorrow. Not looking forward to it! Today was bad enough, and I hurt my back working in the yard. Good excuse to avoid yard work tomorrow, if the heat wasn’t enough.