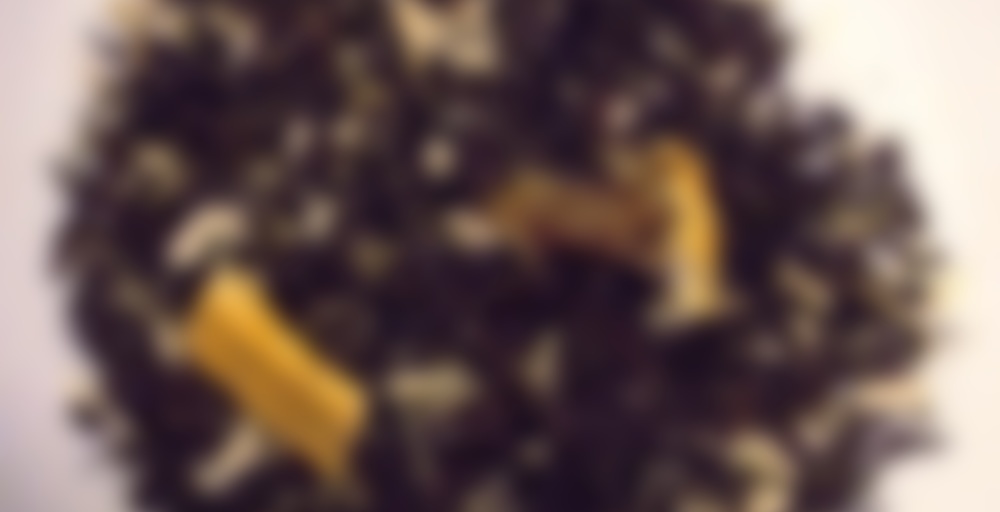 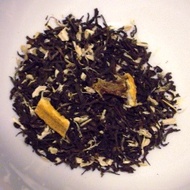 Way back – it’s been over a year now! – during the start-up Kickstarter campaign, I promised my customers a Tangerine Pound cake with Marshmallow Frosting Tea. Well, this tea started out to be that tea. But then as I was starting to formulate the recipe for this tea, I decided that I’d rather go with the idea of a tangerine cupcake rather than a tangerine pound cake, mostly because when it comes to pound cake, it’s all about the butter. I thought that the marshmallow and the butter would compete with each other. So maybe I’ll do a pound cake another time – but for now, I wanted a cupcake with marshmallow frosting. A Tangerine Cupcake with Marshmallow Frosting!

I started with my organic black tea base of teas from India and China and then I added marshmallow root and dried tangerine segments, some vanilla bean and some natural flavors to create this yummy, dessert-y tea. The tangerine is bright and juicy and the marshmallow and vanilla add a really nice creamy element to the cup. A really yummy spring-time treat!

Thanks Shae for including this tea for me! It was the name of it that really hooked me; the idea of tangerine and marshmallow just sounds amazing (like a Creamsicle, maybe?) but what was really fascinating was a “tangerine cupcake” because you normally see those weirder flavours as the frosting but the name of this makes it explicitly clear that it’s the cupcake itself that is tangerine. That’s such a cool concept!

I’m grateful to Shae for including this so I could try it at all, but I really wish there had been more than one serving of it because I definitely got the impression that this is one of those blends that’s good when you brew it casually but that, with refined and more precise steeping, could potentially be amazing! I will say that all the namesake flavours were present, and for as much of a mouthful as this tea’s name is that’s actually a very impressive feat!

The strongest flavour was unsurprisingly the citrus – it’s a little more generic orange than tangerine, I think to truly be tangerine it needs to have this same sweetness but a “higher” kind of acidic top note instead of the heavier, more rounded orange flavour that carries throughout the entire sip. I did like how weighty it felt on my palate though, especially with this full bodied black tea base and the gentle creaminess and vanilla notes that so smoothly came through!

I would definitely be all over a reblend of this one!

good description of tangerine vs orange

This one sounds awesome. Also there is a cupcake place in Hamilton called Beyond the Batter that I think you’d like. They had the fun grape cupcake.

This reemerged during the great teabox upheaval. Lovely cup. It’s all very subtle, but terrific, regardless.

Oddly enough, with this glorious cup of goodness, the marshmallow cream introduced itself with a nice surrounding black tea base in the very first sip and the tangerine citrus presented in the after sip. Perhaps my experience with this tea is a bit different than my first review of it because I added the slightest smidge more leaf and steeped today just a bit longer than I usually do. So, I don’t know whether this particular base is more finicky than 52teas usual lovely black base blends, or the stars need to align themselves for me to have a perfect cup of this. Today’s cup was pretty close to perfect. I have a couple more spoons of leaf, so the experiment continues.

Yay for a perfect cup! It does sound promising base on its name.

I definitely need to check 52Teas out again soon. So many lovely sounding blends on my steepster screen.

I wanted to have an easy session today, so I went the way of western style tea brewing. I threw some of this in the tea infuser, boiled the water to 195 F, and allowed the tea to steep for 3 minutes.

Notes: The black tea base jumps forward immediately upon drinking; fortunately, it’s smooth and mellow. I’ve a tendency to be skeptical with black tea/black tea blends due the majority of them having bitter notes, and unsuitable to my palate. There is a subtle note of tangerine in this blend, but that’s all I’m tasting—black tea base & tangerine. Maybe this tea needs a little something-something (cough sugar cough) to bring the other notes out, but I don’t work like that, so the world may never know!

PS. Have a wonderful year everyone! I’ll hopefully have more reviews up & look forward to reading your tea adventures in 2017!

I definitely taste tangerine and marshmallow in a strong way. I wouldn’t say it is reminiscent of a cupcake, but it is still pretty tasty. I like this hot, because citrussy marshmallow feels odd to me cold.

This tea is considerably better than I remember. The tangerine is present but not powerful; the dominant flavour here is actually the marshmallow, which is really nice. I’m sure the vanilla is helping to round that out, as well. The aftertaste is just lovely, creamy and delicious. I would guess it’s very similar to the various vanilla/marshmallow blacks 52teas has to offer, with the delicious addition of tangerine. Upping rating from 76 to 81.

52teas is quickly becoming one of my go-to companies for flavorful black tea blends. I love that Anne creates a new tea on a weekly basis. I don’t like that I have to place orders so frequently to avoid having a tea sell out while I wait to see what the next TOTW is. Thankfully (for my tea budget) many of her recent TOTW blends are green teas, rooibos/honeybush-based and/or floral, so there’s been a lull in my ordering. I tend to jump on her black tea blends though, and I’m glad I picked up two large bags of this tea that was the TOTW the last week of April.

I don’t get a lot of cupcake flavor, but the tangerine and vanilla marshmallow notes are divine. Again, the black tea base is lovely and smooth. The tea is slightly sweet and has delicious tart citrus flavor. The tea also takes milk and sweetener well; I’ve used stevia drops and almond milk this morning.