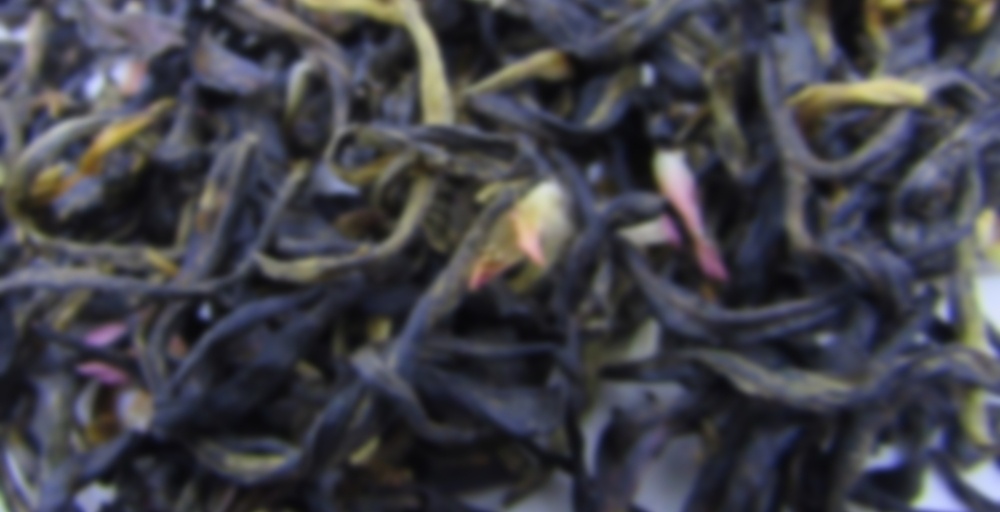 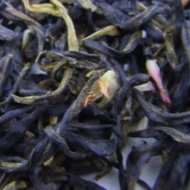 Our 7th Anniversary Gift to Subscribers! (And now, available to order!)

It’s about time to replenish our Vanilla black tea option, so when I got my hands on this special Keemun Mao Feng base, I decided to turn it into our next Vanilla Tea! This Keemun Mao Feng has a bold flavor with a warm profile – with roasted, smoked notes & hints of sweet stone fruit. I chose to go vanilla with this tea because I wanted the sweet, creamy flavors of vanilla not just soften the rugged flavor of the tea, but also accentuate the natural notes of sweet, roasted stone fruit.

This is lovely! It’s also vegan, gluten-free, allergen-free & all natural!

more about this tea: One of the benefits of subscribing to our tea service is that we occasionally include gifts in our tea subscription packages & every year for our anniversary month, we include a gift. In the past, we’ve had gifts like tea measuring scoops & specially crafted lollipops from Lollies by Leah. But we usually make a bonus or gift tea to in addition to the usual 5 teas that are blended for that month’s box – our thinking is – hey, these people signed up for a tea box, so let’s give ‘em what they signed up for!

This year marks our 7th anniversary & it’s a landmark year for us because Frank (our predecessor & founder of 52Teas) started 52Teas in 2008 & sold it to us in 2015. So … 7 years. This is our 7th year so that means that we’ve been doing the 52Teas thing as long as Frank did. So, instead of just one month of gift teas – we’re gonna give you two months of gift teas! (Yep, next month there will be another gift tea!)

But, this tea! I really like how this tea turned out. For quite some time now, I’ve been contemplating doing a “smoked” vanilla type of tea, using a base of black teas with a touch of lapsang souchong but when the time comes to blend a vanilla tea, that thought of that imagined tea is somehow missing in action and I blend something different – only after the tea has been blended do I think – oh! I should have gone with my smoked vanilla idea! Tasting this tea has reinvigorated that idea – because I like the way the slightly roasty, slightly smoked notes of this tea work with the vanilla. This base isn’t quite Lapsang Souchong – I find Lapsang Souchong to be much more smoky than this with more of a burnt sugar caramel type of flavor profile – than this which is more of a roasted stone fruit flavor – but there is something about this base tea that evokes thoughts of a Lapsang Souchong for me. So maybe – maybe not next time I do a vanilla tea because it might be too soon after this tea – but maybe next, next time.

Until then, I hope you’ll enjoy this tea as much as I do. Lots of rich, malty flavor!

to brew: shake the pouch well. The large, curly type leaves allow for a lot of room for the tiny vanilla beans to sift their way to the bottom of the pouch and you want some of that incredible vanilla bean flavor to make its way into your measurement! Use 3g of leaf to 12oz of nearly boiling water (205°F) & allow to steep for 2 ½ minutes. Strain & allow to cool for at least 10 minutes.

serving suggestion: I have only tried this tea served hot, so I am not sure how it might turn out if served iced/cold-brewed. I will say though that the flavor of this tea improves after allowing to cool for the usually recommended 10 minutes. I realize I recommend this with every black tea, but some black teas are more dramatically affected by the cool time than others. This one NEEDS that 10 minutes cool time – the vanilla really pops after the 10 minutes.

Also, keep an eye on the timer. This tea can become a bit on the astringent side when it’s oversteeped. It doesn’t need any sweetener to be enjoyed, however, I find that a teensy bit of sugar (I prefer raw sugar with this) will enhance the overall vanilla-y tones to the cup.

Even though this tea is a bit finicky, it’s really worth the extra effort – you will be rewarded with a simply lovely tea when brewed properly. It has a really refined, complex flavor that is simply fantastic!

Hmm, I thought I’d reviewed this one, but apparently not! For some reason, I didn’t love this one at first, but it’s really grown on me. It’s got a nice, natural vanilla flavor that really complements the smooth, almost creamy base. I feel like it would pair well with any number of subtly flavored baked goods. Now I wish I’d made some vegan shortbread to enjoy with my last cup!

Tumbler fuel for the morning as we begin our school year. I over leafed it a little, but the tea was insanely smooth. The vanilla is really balanced, but I didn’t expect how forward the stone fruit/apricot notes were. I was very tempted to say “peachy keen” out loud as a response to anything for the day.

I won’t be able to write more than that, but I’m personally really liking it. I agree with custard comments because of how creamy it is, and it’s not as robust as most vanilla blacks. Sometimes, vanilla blacks can be too much for me, but I like that this is a lighter tea overall. I’m also biased to lighter keemums.

Although I like it every now and then, Keemun Mao Feng isn’t my favourite fancy tea. However, its smoky, stonefruit, and pinenut notes make for a satisfying twist on the 52Teas’ vanilla staple (and I love that staple in every iteration so very much. Vanilla for life). The addition of amaranth petals is also aesthetically pleasing.

Steep Count: 4 over the course of two days because I’m desperate to draw out my remaining vanilla teas. Even the last steep was surprisingly rich and thick; I’m not sure how I managed that.

This is a light and tasty vanilla black tea.

The base is very smooth, malty, and bready with a thick texture. Maybe a hint of savory smoke on the backend, and a bit of dried apricot. The vanilla is fairly light, at least to my tastebuds. It has a nice subtle creamy, custardy quality that goes well with the smooth black tea.

For some reason vanilla black teas never seem to be my jam, so I probably wouldn’t reorder it, but I would recommend it for vanilla tea lovers. :)

This sounds delightful. I love Keemun and vanilla, the combo would be awesome.

I had ordered the base tea (Keemun Mao Feng) on a whim, mostly because the tea I wanted was not available & I needed something else to bring me up to my minimum purchase with my supplier. This is not a base I would normally get because it is on the pricey side. (I also generally do not order teas that I’ve not at least sampled, but I do trust this supplier so when my rep told me that they enjoy it so much that they drink it regularly – and they were so confident in it that if I didn’t like it that they would give me a refund. So, I decided I didn’t have much to lose!)

And wow, I fell in love with this tea. Unflavored, this Keemun Mao Feng is bold with notes of smoke, earth & stone fruit. It had a really nice, well-rounded & balance to it & upon tasting it, I knew instantly that I wanted to turn this tea into our next vanilla tea.

And it works beautifully as a vanilla tea. The notes of stone fruit pair so nicely with the vanilla tones. The warmth of the tea – plus vanilla equals true beauty in a teacup.

Anyway, since I am kind of backlogged on the scavenger hunt thing, I’m logging this as a “Vanilla Tea” from the June scavenger hunt. (At this point, I’m so far behind that I think I’m in the lead!)