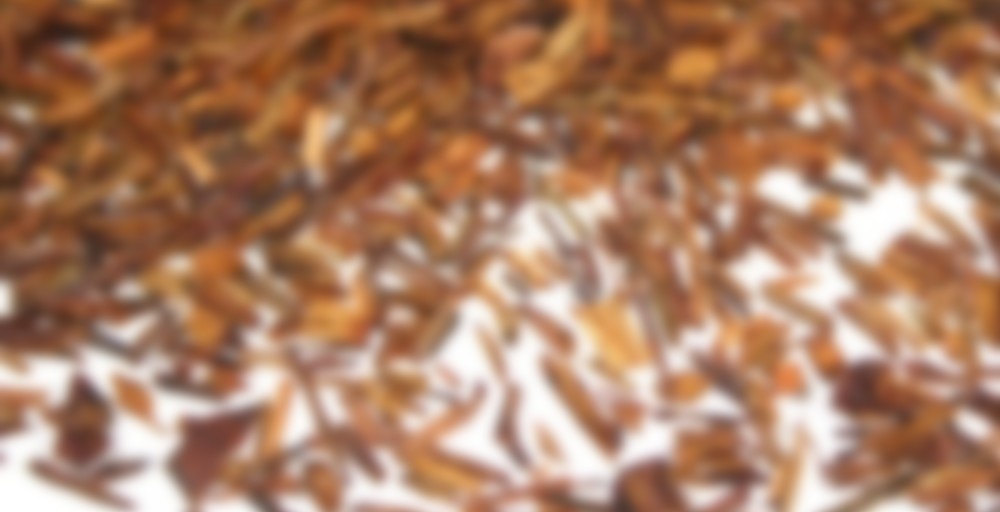 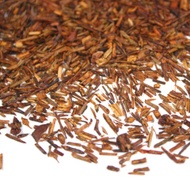 The sweet fruity touch of summer sun-ripened raspberry together with a hint of vanilla indulges the taste buds. Served hot or iced, this fruity tea is great for summer.

Another sipdown! Quite a few today :) this rooibos has been a go-to in evenings for quite a while, and for days I don’t want caffeine. It has a subtle raspberry flavor and definitely a hint of vanilla. For rooibos, it is actually quite well done. I might order this at some point in the future, but I still like my green rooibos blends more than red, and I have more red ones to sip down first. See previous notes on this tea :)

last tea of the evening as i’m trying to make sure to have a cup or two of some of the samples and smaller sizes that i have in my giant box of TEA! Mostly so that maybe I can manage a few sipdowns on the weekend from tea that will finally be good to be sipped down. Right now i have an abundance of teas that will take 2-3 days to be sipped down. This of course makes it hard to manage my one sipdown a day but i’ll keep trying!

I’m not a huge fan of this one, but i don’t hate it either. It’s for sure a creamy sort of raspberry tea. The one thing i don’t like as much is that i can taste the rooibosy flavour a little more than i like. I much prefer when the rooibos isn’t as distinctive in blends. likely part of the reason i enjoy della terra’s chiffon’s. In any case, this isn’t bad but nothing i feel the need to order.

Thank you Cavocorax for sharing this one with me!

Edit: And if you live in an internet black hole and haven’t visited www.google.com today….just go do it.

I didn’t mind this one, quite fruity, but more of a raspberry syrup than an actual raspberry. The rooibos base is fairly strong. Not a staple, but enjoyable.

Finishing this up tonight. That was a huge sample you sent me, cavocorax! But yummers, jeez.

Another one from Starfevre! thanks so much! Raspberries are my favorite fruit and I love vanilla. This is very nice! It’s the perfect tea to have at night – no caffeine and a bit of a sweetness to it that could be a replacement for a dessert. It’s a lovely buzzy raspberry flavor (a bit like candy but mostly like an actual raspberry) and the vanilla evens it out on such a nice rooibos base. It’s simple yet interesting. Better than a plain rooibos, obviously! (But why drink plain rooibos when there are so many nice blends like this one?) The raspberry vanilla name isn’t lying!

This is the first of my free Zen Tea samples and I have to say it’s my new favorite Rooibos.

Dry: it smells quite strongly of raspberries and vanilla. I can see the rooibos, but I can’t smell it.

Steeped: Ok, now I can taste rich rooibos notes nicely blended with the raspberry and vanilla. It’s naturally very sweet, so I didn’t even consider adding anything. I can’t wait to try it a few more times. I think I should have enough for 2-3 more cups!

I think so? Maybe I just think it does bc its so sweet and I know it should be there, but I can send you enough for 1-2 cups if you’re curious! :)

I would LOVE that because I’m totally curious – raspberry is K’s favourite but raspberry tea always seems to be shitty/flowery. :/

Cool! So you’ve got that and Pumpkin Chai coming your way! :) Soooon. Hope you guys like it.

It looks like Zen Teas has pretty good prices too – so if I like the other two samples I may place an order for MOAR. They’re based outta Vancouver.

Sweet, thanks! I’m gonna look them up.

Sweet and creamy. Had a not very good day but better than yesterday. Currently doing data entry work, which is tedious but I asked for something mindless but necessary and these databases are a mess.

Starting to think that Roobios might just be something I try to stay away from. Not because the flavors aren’t good, but because they have an overwhelming flavor of mulch blended with all of them. Not to mention my strainers tend to let the small peices of roobios tea through and into my cup, which isn’t a terrible problem but it is a petty annoyance.

As for this tea, it took me til the second steep to be able to really enjoy any flavor. The woody ‘mulchy’ scent that I’ve complained about before was mostly overwhelming. Which was a shame because I love raspberry flavored anything. On the second cup it wasn’t a terrible tea, but not something I’d buy again.

On drinking this a second time, I enjoyed it far more. Still not a daily drinker but much more tolerable. Apparently I’ve discovered that the ‘mulch’ smell bothers me far more on certain days then on others, and as long as I find a good day, then Roobios is drinkable. Weird thing, but whatever, it just makes them for special days.

The tea smells like warm raspberry syrup and vanilla, slight hint of rooibos,faint dry woodiness, followed by a cool vanilla cream dominated raspberry, leaving a warm sweetened raspberry coulis aftertaste, leaves a drying freshening feeling in the mouth. Despite my initial description the rooibos is quite well hidden by the flavouring but acts to add depth to the tisane. The flavouring is
not as strong as the almond marzipan and chocolate mint rooibos.

I find that this tea requires a little more leaf than I usually use for Zen Teas Rooibos’, but it re-steeps really well and has a really pleasant flavour if you love raspberry desserts.

Boiling 7 min, 0 sec
Yours I Like This
6 likes
0 comments
Edit

I enjoyed this one. Not usually a big fan of Rooibos, but I’ve never had it flavoured. So I’m just starting to experiment with flavoured teas, and this one is very nice.
Nice, fruity, raspberry and vanilla.
I added about 1/4 tsp sugar, and a little milk.