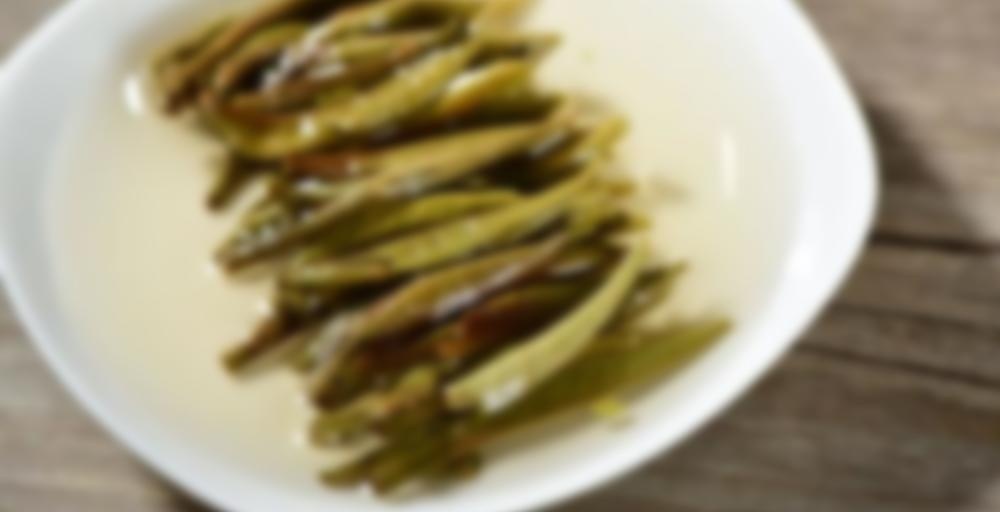 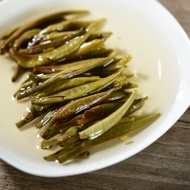 Slight cinnamon spice aroma when brewed. Thick and sweet. Very lubricating mouth-feel that stays in the mouth after drinking.

Brewing tip: Use 90c water and keep infusion times short for the first 3 to 4 infusions. Can be infused 7 or 8 times!

Okay, time for another review from the incrementally shrinking backlog. This one comes from either April or May of 2020. I was drinking a ton of white tea at the time, so unlike some of my other recently posted reviews, I have a relatively good idea of when this one was initially composed. With regard to the quality of the tea, it was more or less great. I am a huge fan of Feng Qing Silver Needles, and this was a production that was well worth my time.

Prior to the rinse, the dry tea buds emitted aromas of malt, hay, marshmallow, straw, and eucalyptus. After the rinse, aromas of wood, peanut, lemon, and sugarcane appeared. The first infusion introduced aromas of butter and cream, while the previously noted peanut aroma intensified. In the mouth, the tea liquor presented delicate notes of peanut, wood, cream, hay, butter, and straw that were chased by hints of lemon, malt, marshmallow, and eucalyptus. The majority of the following infusions were responsible for adding aromas of vanilla, cinnamon, oats, lychee, and honeydew to the tea’s bouquet. Slightly stronger and more immediately detectable notes of malt, lemon, marshmallow, and eucalyptus emerged in the mouth, while impressions of minerals, puff pastry, vanilla, white pepper, cinnamon, sugarcane, oats, lychee, honeydew, and plum made themselves known. I was also able to pick out hints of apricot, pear, watermelon rind, cantaloupe, and white peach. As the tea faded, the liquor continued to emphasize notes of minerals, wood, straw, peanut, cream, butter, oats, and eucalyptus that were backed up by fleeting hints of sugarcane, lychee, honeydew, cinnamon, hay, white pepper, pear, vanilla, and watermelon rind.

Feng Qing Silver Needle is almost always a pleasant and approachable tea with a lot of subtle depth and complexity, and this spring 2018 offering was very much a tea in that particular mold. While it did not surprise me in any way, I found it to be a very drinkable, easygoing tea with considerable and surprising longevity and gently invigorating energy. It would be hard to find a better Yunnan Silver Needle of any sort at this price point.

Warm and busy day called for a western brew of some white tea.

1T/8oz/190F/3 solid steeps timed only by the color of the brew. A fourth steep was light but still nice.

Dry leaf smells like the taste of lychee, hay, sugarcane, meyer lemon, honeydew and cantaloupe. A tad musty. I sniffed the first brew but none thereafter. I remember cantaloupe, oats and sweet cinnamon-vanilla-buttery glaze. All three brews had a typical silver needle taste and sweetness. Cantaloupe, honeydew, oats, lychee and that sweet cinnamon-vanilla-buttery glaze, maybe some peach or apricot, honeysuckle and hay? I don’t remember if eucalyptus made a presence, which I really like in this style of tea. A little scratchy in the throat on the first steep but after that it was thick and smooth. Good lookin’ liquor.

I much prefer this one over the Jing Gu White Pekoe Silver Needles due to a lack of bitterness and astringency. Easier to produce a consistent no-fuss western cup. Seems like it’s holding up better with age, too. I’ll probably make this one my go-to silver needle, as in 50g/yr. I don’t need much silver needle in my life.