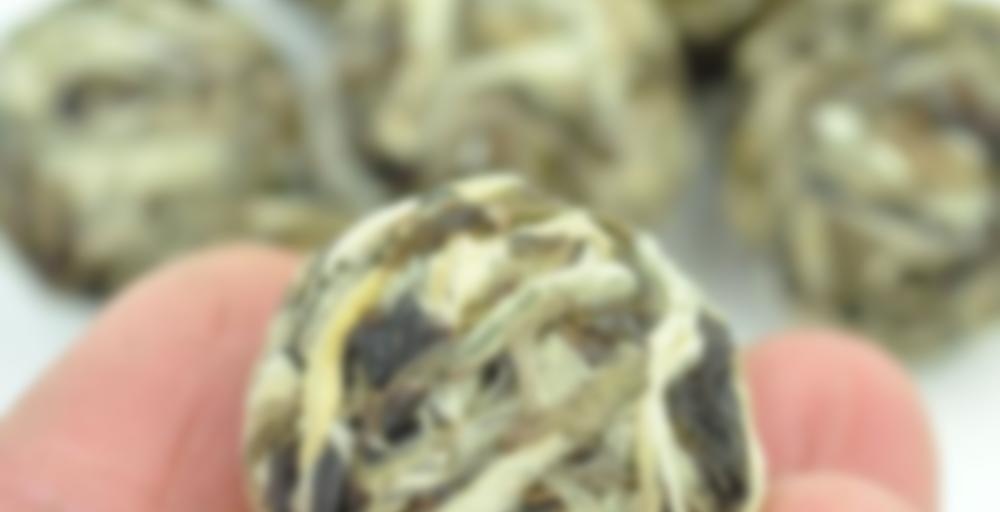 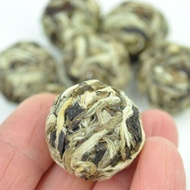 This is a special tea made from Yunnan Large Leaf varietal tea in Jinggu. The tea is picked in spring season, wilted slightly and then dried with warm wind tunneled through the tea until it is dry. The tea shares a somewhat similar look and taste with white tea when it is young but over time will develop into something closer to red tea (hongcha).

The taste is sweet and thick with malty tones and the tea can be brewed 7 or 8 times before losing its flavor. Production period: Late March 2016

A note to say goodbye. I was going to try to hang onto these for a long time but I didn’t have the patience. An inattentive mind can be a virtue.

After 3 years, I don’t think there’s been much change. Still a good tea. It is lower toned than when fresh. Nectar-silky body with clean, delicate tones of creamed honey, tobacco-malt-yam, melon, dates, cream and butter, eucalyptus cool. Probably more aromatic than flavorful, which in the nose, it also has a Cabbage Patch doll baby powder-powdered sugar-soft vanilla scent that I get in Yunnan white teas. Such a unique note.

These dragon balls were formed too tightly to unfurl on their own. Good tea to grandpa if you can pull the leaf apart.

Glad I just bought one, i found it unchanging and one dimensional. Sweet and spicy, cappable of some bitterness (i liked the bitter potential). Ball was VERY tightly compressed. Would make great iced tea. Standard yunnan white taste.

I’m still catching up on all of the backlogged reviews. I kind of can’t believe it has taken me so long to even make it this far. I drank this tea nearly two weeks ago. Fortunately, I took extremely detailed session notes. That makes things easier. Regarding this tea, I found it to be a very good, very solid white tea.

Prior to the rinse, the dry tea ball produced aromas of grass, hay, and lemon zest underscored by a subtle eucalyptus presence. After the rinse, I found new aromas of oats, cream, and straw. The aroma of the first proper infusion was more or less identical. In the mouth, I found fleeting, vague impressions of oats, cream, butter, hay, grass, and straw backed by even subtler touches of lemon zest, earth, and dried fruit. Oddly, there was no eucalyptus presence in the mouth. Subsequent infusions saw the eucalyptus appear in the mouth, as well as the emergence of powdered sugar, vanilla, marshmallow, date, golden raisin, malt, almond, wheat toast, honey, chamomile, and mineral impressions on the nose and in the mouth. The later infusions emphasized mineral, malt, wheat toast, honey, hay, cream, oat, butter, almond, and golden raisin impressions. I also thought I caught a hint of pine here and there as well.

Yunnan Sourcing stated that these dragon balls could be brewed all the way through 7 or 8 times, and quite frankly, that does not surprise me. My experience with this tea starting with flash steeps suggested that it had considerable longevity. Hindsight being 20/20, I should have started with a longer first infusion and spaced the subsequent infusions out more, as it took the dragon ball forever to loosen and separate and for the tea’s aromas and flavors to emerge at their strongest and most fully developed. While I greatly respected this tea’s complexity and longevity, I do have to knock it somewhat as I found that it became a little bitter and astringent on some of the longer infusions late in the session. It was a nice tea and I would recommend it to anyone considering giving it a shot, but honestly, it was not the best moonlight white tea I have had to this point.

Moonlights are so easy to drink.

Grabbed a few balls of this with my last YS order and started one yesterday during a meeting and am continuing on with it today. YGB is my favorite white tea at this moment, so I was excited to try this.

Liquor steeps out to a nice golden color and the flavor seems more like a silver needle than most of the YGB I’ve tried initially. Notes of hay and straw with a light sweet finish. Coming back to this tea today, it has morphed a bit (I love coming back to white teas a day later) and developed a bit more depth behind those notes of hay, with a more distinct honeyed finish a floral fragrance and a hint of malt. I think I will probably store and wait a while before trying one of these again.

It’s easy to drink and very convenient, but I think it needs some more time to become as good as it probably can!

I didn’t take super detailed notes about this, as I was drinking it while preparing to hand out candy to little children while dressed as a wizard. I got notes of straw along with some bassy fruit notes and a bit of malt and honey. I’d say the fruit is probably plummy, but it wasn’t particularly strong. This tea brewed up quite thick, in part I am sure because I used the whole 8g ball in my 100mL gaiwan. So now I know that Yue Guang Bai is good! Maybe I’ll pick some up next time I order from Yunnan Sourcing or elsewhere – I wonder how it would age.

You should try sample of the Bai cake they sell. I quite liked it, had some sheng-like menthol iirc

Hmm, that sounds interesting. I’ll have to check it out, thanks!

These dragon balls are awesome. They are like cute fuzzy tea creatures that roll around in a gaiwan like a beach ball in the water… poked at it with my chopstick in an attempt to break it up, but they are so incredibly dense I just ended letting it sit there and do its thing for a while. It looks like a wild wooly sea monster unfurling in the water. In fact I transferred it into glass rather than my ceramic gaiwan so I could observe the process. Now with regards to flavor . . .
I could just smell this tea all day and be happy. The taste is equally enjoyable. There is hardly any bitterness or astringency that I’ve experienced, and perhaps shorter steeps make sure of this. It is very sweet, and bright, but with a fullness and depth to the flavor that keeps it savorable and interesting . Smooth and soft feel. Its really amazing how much tea is in one of these little dragon balls. Even after many steepings there were leaves at the center that seemed basically untouched… once again, I went investigating with a chopstick. Highly recommended. Lovely tea to begin with, and the shape adds another dimension to the drinking experience that I find quite enjoyable.