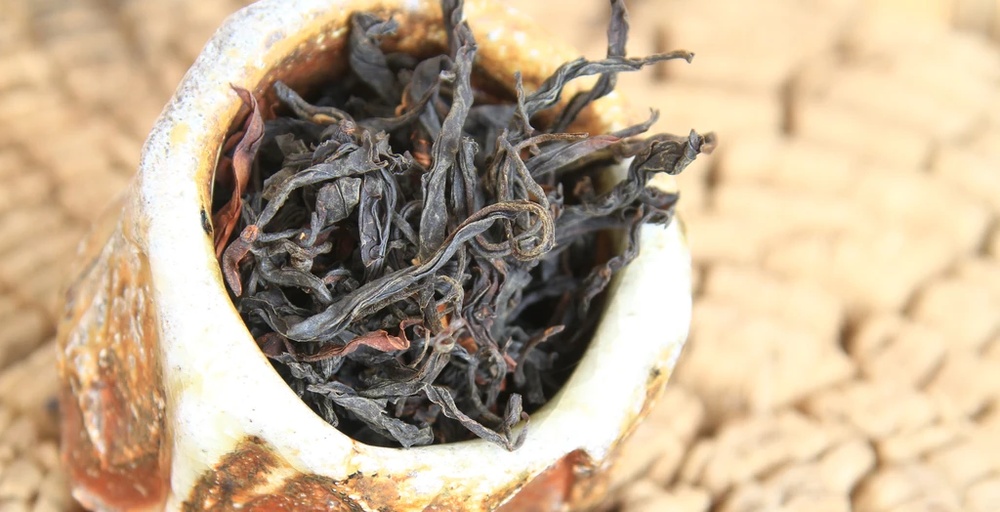 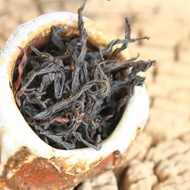 by Whispering Pines Tea Company
82
You

He sits there, in the back of the dimly lit pub, hooded and shrouded with dark allure. You can smell him with your eyes from across the room — a mystic memory of woodsmoke and mystery. We all know the man…or at least we think we do…

The Ranger is of course inspired by Strider from Lord of the Rings. This tea has been on my mind for years, and I only recently had the breakthrough moment. A blend of various wildcrafted purple varietal black teas and lapsang souchong, The Ranger strikes hard with an ethereal rustic quality, roasty and savory hints with a backbone of leather, rum, and gentle woodsmoke. Not many teas give me the feels like this one, especially on cold afternoons. A must have for lovers of the rustic!

This blend of wild purple black tea and lapsang souchong has a character that is deliberate —purposefully rustic yet refined. It reminds me of a gentleman from a world forgotten sitting in leather saddle in command of his horse. The lapsang souchong pulls the reigns on the wild purple black tea’s unrestrained energy and guides it into a respectable trot. There is a full flavor and body in the sip followed by cleansing tannins on the swallow but it seemingly cannot be oversteeped. Intriguing, buoyant mix of flavors with campfire, jerky, leather, wildberries and muscatel, dry grass, cocoa/cocoa butter and lemon-citrus. There’s certainly a lot I’m missing, like once I think I have a grasp on a certain flavor, it gets pulled back into the fold. The smokiness is moderate. It feels like that found in wild teas, rather than a heavily smoked lapsang souchong. The aftertaste lingers and I think that is where my imagination begins to unfold.

I like when a tea can both prod at my mind’s eye and be a functional, energetic brew.

Memory fails me so I don’t have a name handy, but it sounds like you are describing the very easy-on-the-eyes buckskin guy from “Dr. Quinn, Medicine Woman!”

Gmathis – I don’t know his name but I know exactly of whom you speak!

Sully? The main reason my stepmom watched the show.

Interesting, I saw the Lapsang as the horse…

Just googled the guy and I may start watching that show :’D

My Steeper email is very wishywashy but just wanted to thank you for the gift! I love a great matcha. <3

This is the second tea I am trying from my surprise care package from derk!

I really, really like smoky tea and this blend is named for Strider the Ranger, aka Aragorn from The Lord Of The Rings. I decided to gong fu steep this one because I wanted to get everything out of it I possibly could, and I am not disappointed.

I warmed the gaiwan and put the leaves in and waited a moment to smell the aroma the leaves were releasing. I have read reviews where people talked about smelling tomato in tea but have never caught that myself, and I think perhaps it was a “by association” type thing. When I smelled the gaiwan, it was like inhaling the scent of rich steak sauce, the deep reddish brown kinds.

I didn’t do a rinse but drank the first steep on my own. The flavor was more complex than I expected. Yes, it is smoky, nicely smoky, but there is much more. Already the purple tea is underneath but not yet prominent. I hesitated but decided to call in my husband to join me since he has started enjoying some black tea more. (More on husband and tea in another note soon.) He did try a lapsang with me not long ago and liked it.

He usually prefers from the second steep on in any gong fu sessions we have and that was where he started with this one. He made faces at first, but then he said….”It isn’t bad, it’s just…..so different.”

He hit the nail on the head. As we steeped again and again, the smoke was disappearing and the purple tea flavor became more and more prominent. I don’t know if I can describe it well, but it is like thin tea body with a hint of lemon and a hint of lime and a tiny touch of grassiness. That’s what purple tea usually tastes like to me.

This tea was really interesting and one that I would recommend drinking on its own and not pairing with food, because there is so much to experience here. If it were paired with anything, I would think it should be cheese or nuts. I don’t feel it would reveal all of its beauty and complexity if paired with sweets.

Thank you, derk! We really enjoyed this one, and it was a surprise for me that my husband liked it as well as he did, not being a smoke or black tea guy.

My geeky heart loves the names of WP teas (:

sip down. goddamn I regret only getting an ounce of this.

I never even saw this one. Lucky u.

@derk, do ittttt! I think you will love it.

@Whispering Pines, I had signed up for the email notification for it and have already enjoyed more :) ALSO thank you so much for the sample of Red Temple, it was one I really wanted to try bc Ancient Spirit is my favourite tea ever, but it was out of stock when making my most current order!

A sipdown over here met with regret. I feel it, annie.