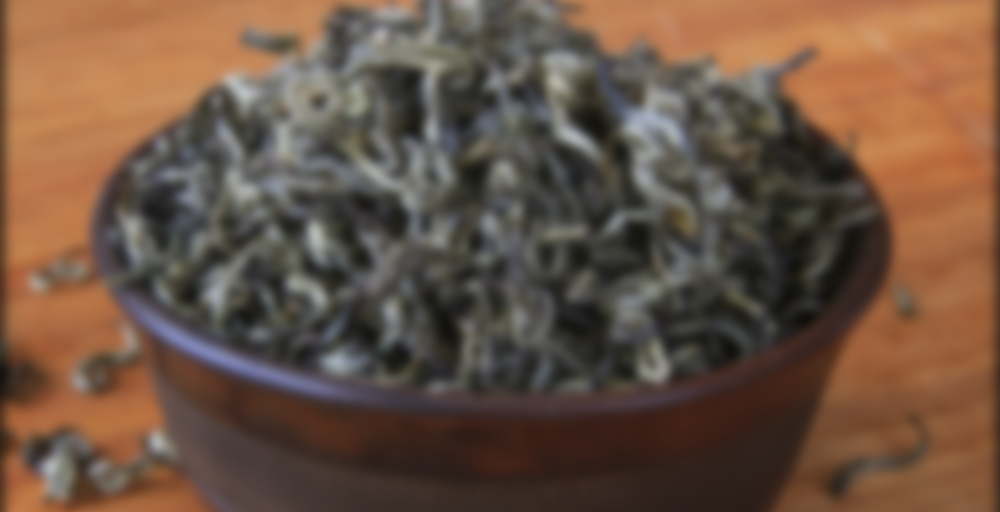 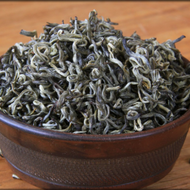 by Whispering Pines Tea Company
81
You

White Gold is a beautifully crafted bi luo chun style white tea from the Yunnan province of China. This was picked in the early spring and consists of lovely downy buds. The aroma is intoxicating and fresh, with edamame, honeysuckle, and cream. The smooth and sweet taste opens with oats, edamame, and melon, flowing into cream and fresh garden sage. A bright citrus note appears near the end of the sip…I note it as a hint of lime leaf. The finish is beautifully floral, with honeysuckle, orchid, and a touch of white pepper. The finish lingers for quite some time with the slightest astringency, bringing forth a beautiful warm spruce note.

A lovely white tea with tons of complexity and vibrant, strong and active mouthfeeling!

This tea is really old now, so I’m trying not to be too critical – but I found that when I revisited it this week I really, really didn’t enjoy it at all. It was pretty bitter/harsh tasting and had a very strong bean-y note that was… bleck.

I know I’ve never really loved this one, but age certainly hasn’t done it any favors.

Started this off with a quick wash. Because these leaves are small and numerous, they have a large surface area and will steep /very/ quickly, so gotta be fast.

The first thing I noticed is the absolutely incredibly sweet aroma. There was a very strong ‘butterscotch’ scent that came from it. Smelling the leaves directly was a strong buttery vegetable smell that contrasted the sweetness though.

first steep was a rather sweet, creamy, buttery vegetable taste. There is a strong floral flavour underneath the main taste.

Second steep has a stronger taste of everything. Much stronger floral taste. Seems that this tea is pretty sensitive on steep times.

Third steep. I swear these are like little baby silver needles — massive amounts of ‘hairs’ floating in the tea resulting in that tingling sensation you get with silver needle. Creamy vegetal flavour with a strong floral hint. Current trend is an increase in the floral portion of the flavour.

Fifth steep. Took a close whiff and it still smells like butterscotch. The vegetal flavour is very faint now with floral being in the lead adopting a rose-like taste to it. The tea itself is now getting sweeter, which is interesting.

Sixth steep. The lower temp did a charm. Floral flavour isn’t so strong and the sweetness is enhanced instead. This is my favourite cup of this tea so far.

Seventh steep. This is what I love about white teas — after several steeps the flavour just changes into something wonderful. Vegetal flavour is completely gone now, instead a really sweet fruity taste is coming out. Taste is somewhat similar to a mixture of apricot and plum, without any of the sour, bitterness, nor tart. Can’t smell that butterscotch flavour anymore but man, it’s almost like some sort of fruit juice now.

Eleventh steep. Jinxed myself, finally out of flavour here.

Wrapping up, the after taste is very very light and in a way, feels like your mouth is ‘aerated’. It’s like a nice mouth refresher. I still am impressed this tea lasted through so many steeps (and had full flavour until the very end!)

I do want to stress that this tea is one of the more sensitive ones when it comes to temperature and steeping times. I have used hotter temperatures and I have used longer steeping times, both of which made the tea to taste absolutely awful (I would rate it 20 out of 100). But when done properly it’s a quick, refreshing little cup of tea.

This tea is fairly sweet with notes of cream and grass. It is a nice white tea. I recently purchased Tea Honey from the Savannah Bee Company. This honey is nice because it does not overwhelm the flavors of the tea. Overall I like this tea.

I brewed this one time in a 16oz Teavana Glass Perfect Tea Maker/Gravity Steeper with 3 tsp leaf and 185 degree water for 3 min.

Okay, now that I have eaten myself silly, it is time to get back to catching up my reviews. I received this one as a free sample a couple months back. I think it was right around the time this tea went out of stock for the season. Now that I have finished this one, I have finally consumed all of the white tea that I have purchased from Whispering Pines this year. I will be moving on to the blacks and oolongs shortly.

For the purposes of this review, I steeped a rather heaping tablespoon of this tea in 190 F water for 3 minutes. I infused this tea two more times for 5 and 7 minutes respectively. To be completely honest, I had to guess as to how this tea should be prepared as I forgot to log the suggested brewing method and could not find it on Whispering Pines’ new website. I should also note that an absolutely wicked storm hit right as I was preparing the third and final infusion, and with my power going in and out, I had to time it with my phone. It may or may not have been a full seven minutes. I’m pretty sure I got close.

First Infusion: The infused liquor was a rich gold. Aromas of oatmeal, grass, hay, honey, and butter were apparent on the nose. In the mouth, I picked up strong notes of oatmeal and honey underscored by cream, butter, grass, hay, and flowers.

Second Infusion: The infused liquor was again a rich gold. Milder, smoother aromas of oatmeal, grass, hay, honey, and butter were joined by a subtly floral aroma. In the mouth, I picked up notes of honey, butter, grass, oatmeal, and hay balanced by slightly more pronounced notes of flowers and cream. I also detected a very subtle minerality on the fade.

I’m not really sure how I feel about this tea. I generally like the white teas offered by Whispering Pines, but this one did not leave much of an impression on me. As a matter of fact, I found it very mediocre compared to the other white teas I have tried from Whispering Pines. To me, it just seemed to be lacking the depth and complexity of the others. I will concede, however, that my brewing method may not have done it justice. I really just cannot say with certainty that I got this one right. I think I will go ahead and give this one a middling score in my personal rating system as a mediocre Whispering Pines tea is, in my opinion, still better than many others out there, but I will do so with the caveat that I will be trying this one if and when it is offered again to see if my opinion changes.

I should really explore white teas more, as I tend to really enjoy them.

This one was a nice, light pre-dinner/post-work cup. Oats are definitely the dominant flavour with a honey sweetness that makes it very similar to an oat bar. Light, velvety floral (violets or similar) notes towards the middle/end.

It has been such a long time since I have had any serious tea. You know, tea for the serious connoisseurs. A friend of mine recently started a small tea shop featuring witchy and fandom-themed teas. I’ve been exploring her blends lately in addition to trying to finish off a giant bag of sub-par sencha.

So anyway, my thoughts on this tea might be strongly biased by my long hiatus from serious teas. This is such a wonderful tea! It has a very creamy mouthfeel. I pick up the oat flavor right away with only a hint of sweetness that could easily be floral, but I don’t recognize it as such without going out of my way to think about it. I am a big fan of white tea in general, but I am also very very picky about it. My previous favorite white tea came from Whispering pines, but it doesn’t seem to be available anymore. Way to go Whispering pines for offering what might be my next favorite white tea!

Wooooot! What was the last white tea favorite? It’s likely coming back :))

It was the Silver Moonlight one.