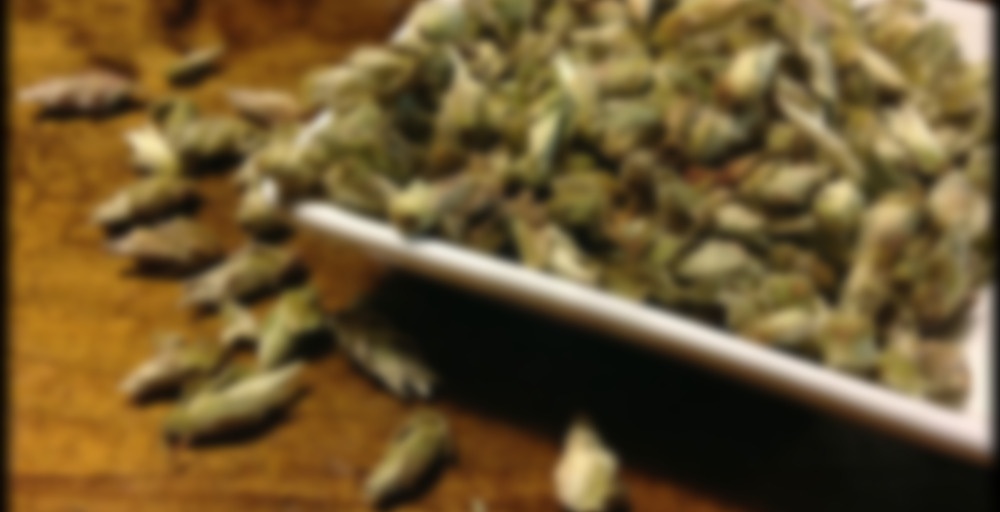 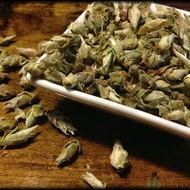 by Whispering Pines Tea Company
84
You

About the Tea
Our pure bud white tea is a very unique type of tea. Also known as yabao or white pu-erh, this tea is harvested in the late winter and sun-dried. It carries notes of pine needles in the aroma and a silky sweet mouthfeel with notes of rosemary, pine, and honeysuckle.

Our Wild Winter White Buds have the ability to be aged to develop more complex notes, similar to pu-erh. To age this tea, puncture a few dozen holes on each side of the packaging and store in a place away from strong odors and away from light and high humidity. Sun-dried teas will develop complex flavors over time. This tea is also very forgiving, and can be brewed however you see fit! The leaves will sink to the bottom of your cup should you choose not to strain them — this is my favorite way to drink this tea.

How to brew the perfect cup:
Steep 1 tablespoon of leaves
in 8 ounces of boiling water
for 5 minutes.

Delicious. I treat this the same way I steep/drink my Longjing – Pour water at correct temp into a tall glass, leave buds/leaves in, drink until 1/3 left and then add more water. Repeat until flavour is gone. Sometimes I even mix the two together; there is no bitterness that I can taste when doing this.
By itself:
The aroma is full of sweet pine. It reminds me of Whispering Pine’s Sleeping Bear.
The taste is what you’d expect from a white tea: light, delicate and a very gentle aftertaste of honey.
The buds dance around the tall glass going up and down throughout out the session.

So weird and I like it. Light but with a cloudy sort of taste, herbal but sweet.

Had a little gongfu session for the first time in quite awhile. I’ve been pretty busy over the last few weeks, and have barely had time to write down any tasting notes, let alone have a full gongfu session.
I’ve been putting off trying this, because In really disliked the last yabao I tried. The smell while steeping was pretty intense- very spicy and peppery. I actually ended up being quite pleasantly surprised by the flavor. Pine sap and honey. This actually reminds me of a good aged sheng.

Yabao has always interested me, for the colour of the liquor is IMHO the most beautiful. These buds are large with a lemon zest scent. They have sharp herbaceous tones and hay with some oats mixed in. The mixture is a pleasantly sharp sour. I warmed my shibo and placed them inside. The tones open up to heady floral and zesty herbs alike thyme, rosemary, and tarragon. I washed the buds once and prepared for brewing. The stepped white nubs give off a fragrant scent of granola drizzled in honey with some nutmeg spice. The taste is smooth and filling with prominent lemon basil, tulsi, and soft wood. The next steeps bring on hay and sugar water with the same flux of herbaceous medley. This is a great easy sipper. The liquor is the classic translucent aquamarine color that stuns me. I was not able to pull too many steepings, and yabao always leaves me unsatisfied, but it was a nice and peaceful session.

I’ve made 4 decent purchases from Whispering Pines so I have like 20 types of teas and this is the only one I didn’t like. I’m still new to the tea scene and sometimes you have to learn by not liking a tea, we all have had it happen, but I LOVE the other teas which will be reviewed soon. Too much smoke and fish pond funk, and I hardly noticed the flavors everyone else does.

Drank (brewed) “grandpa style” in a gaiwan. Yabao comes off as having a light sweet, somewhat floral with honeysuckle and pine notes to it.

Today, I realized that I had yet to review any of the teas I recently ordered from Whispering Pines and decided that I needed to start on them. Not really being in the mood for anything heavy, I decided to brew some Yabao. All in all, I think it makes a good choice for a mild afternoon sip.

The first infusion poured a slight grey-green. The nose revealed a clean aroma with subtle mineral and floral undertones with a slight fruitiness. In the mouth, I detected mild notes of minerals, wet stones, and dried fruit (raisin and fig) underscored by woody, mossy, and grassy flavors that were joined by a fleeting floral note on the finish.

The second infusion yielded a somewhat more colorful glass of tea. The nose revealed an aroma that was woodier, spicier, and grassier than the first infusion. The mineral aroma lingered, but was not nearly as obvious, while subtle aromas of dried fruit were now joined by cocoa. In the mouth, notes of pine needles, cedar, juniper berry, fig, raisin, and prune were underscored by mellow cocoa and wet moss with mineral notes popping up again on the finish.

The third infusion yielded a slightly greenish tea. Aromas of moss and grass were now underscored by subtle scents of wet wood, dried fruit, and pine needles. In the mouth, I picked up more pine, cedar, and juniper balanced by grass and wet moss with a touch of minerality on the fade.

In the end, I found this tea to be somewhat confounding, but I wouldn’t call it bad. That would be both untrue and unfair because, for what it is, it is quite good. It’s just hard for me to recommend this tea without reservations. As far as white teas go, this is very mild, clean, and subtle. At the same time, however, it is very earthy and woody. It is a tea that will challenge you to really ponder the aroma and taste sensations you experience and reach for new ways to describe them. I do not think it would make a great introduction to white tea, but I think that it could be a very pleasant sip for those who have experience with white teas and appreciate them. All in all, I like this tea, I just wouldn’t recommend that someone looking to get into white tea start here.

I forgot to smell the dry leaves for my review but the wet aroma is really nice, up front you get notes of sawdust and dandelion with a background note of peach.

As with most Ya Bao the infusion is almost colorless even after a minute of steeping. I’m brewing this in a gaiwan with the gaiwan about 1/3 full of buds. The first infusion of this is subtle and a bit fruity, like apple or pear. It’s mildly sweet, with a lingering afteraste like cork or bamboo and a long lingering subtle sweetness.

The second infusion has a more rich flavor, not at all subtle now, very sweet and berry-like with a woody finish and a bit of lingering dryness on the tongue. The sweetness and flavor both really linger a long time with this tea. I’m only two infusions in and I can already say this is the best Ya Bao I’ve had.

The third infusion has a bit of a cedar taste to it, and is more woody and less sweet than the last two, though it is still considerably sweet. There are hints of pepper and juniper berry in the finish.

I really like this Ya Bao. It’s got the most complexity and well-rounded flavor of any I’ve had. I think I know where I’ll be refilling when I run out.

TheLastDodo included some of this in her swap. Thank you!

I have only drunk yabao once, almost three years ago, when I was a very new to Chinese tea drinking. I wasn’t impressed. There was a spicy note I didn’t take to. I chose this yabao as the first to try from Dodo’s selection because of my faith in Whispering Pines.

This yabao reminds of evergreen trees. It has notes of needles and sap, and lengthy aftertaste of juniper berries, followed by cherries. I would say it is excellent to drink all year round, as evergreens keep their needles. It evokes the green seasons and provides a sense of green in the middle of winter. I am enamored with the beauty of pines, spruces, cedars, firs, yews, and so on. When I am bird-watching and come across a cluster of evergreens in a deciduous woods, something pulls me away from the birds and I must stop. (Well, also, there is always a chance of a Red-breasted Nuthatch or an owl in them during wintertime.) It is a different kind of atmosphere. The wind sounds different blowing between needles.

I’m going to throw out there right off the bat, this isn’t a negative or positive review. For me, this was a pretty forgetful cup of tea. Neither good nor bad. I am going to mention, however, that I am aging the rest of my batch in the hopes of improving the experience.

The leaf is very pretty with it’s unusual shape and silver-white tips. It has a very gentle, subtle aroma reminiscent of sweet hay or grass. I brewed this tea several ways. Last night, before bed, I made a 16 oz pot using the temperature and steeping guides provided on the Whispering Pines website (2 tbsp at 200 for 3 minutes). The tea steeped to a pale gold with a mellow (almost non-existent) grassy flavor. The second steeping I left in for much longer (15-20 minutes) but it didn’t strengthen the flavor at all.

This morning I made another cup using the alternative method most people seemed to have used. I dropped a whole tbsp straight into my cup and drank it unstrained. I left this one to steep much longer than recommended and while this did make for a slightly more bold flavor and adding hay to those grassy notes, it still wasn’t enough to satisfy. Adding another tbsp to the second steeping and leaving it for even longer still didn’t produce more flavor.

While I do enjoy a subtle tea this was far too mellow for me to really get behind. I will eventually use what is left of my stock but if aging doesn’t help I likely won’t be purchasing this leaf again. If you like those subtle flavors however then this is the tea for you.