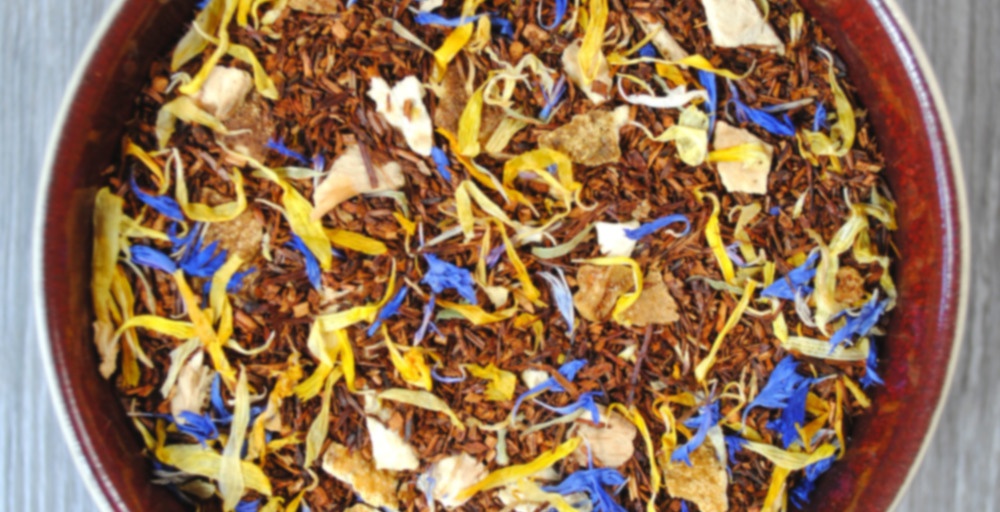 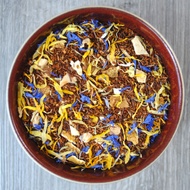 This Vanilla Cupcake Rooibos provides an exotic and smooth rooibos which provides a velvet-mouth feel. An dash of Banana chips amplifies this infusion into a heavenly status.

This was last night’s pre-bedtime cup, and I was hoping for something along the lines of Bird & Blend’s Birthday Cake. The ingredients list is intriguing, since there’s nothing there that suggests either vanilla or cake; it’s composed of banana, orange, and papaya, on a rooibos base.

I brewed this up according to the directions, and added a splash of milk. As you might expect, knowing what’s in it, it tastes like tropical fruit. The banana is most prominent, and that’s quite pleasing, but the orange and papaya in the mid-sip don’t do much towards replicating cake. The rooibos is woody and a little scratchy, and ultimately it overpowers pretty much everything else. By the end of the cup, it’s pretty much all I can taste.

I’m not really sure how this one was ever supposed to taste like vanilla cupcake? It would pass muster as a tropical-inspired blend, but there’s nothing here that pays even a remote homage to the blend name. Why give people tropical fruit if they’re expecting cake? This blend reminds me very much of Irish Rum and Cream from the same company, which tastes like banana to me, and I don’t think I’d order from them again.

69
Recommended
TastetheTea
259 tasting notes
The listed ingredients and name enticed excitement! However, I wasn’t keen on the aroma of this one. It’s like every individual ingredient clashed, a concoction that gave me a mild headache. Despite the less than appealing aroma, the actual cup was really tasty! The ingredients toned down the rooibos, into a more cake-like flavour, making an easily pleasing replacement for dessert.

For more on tea: www.TastethTea.co.uk